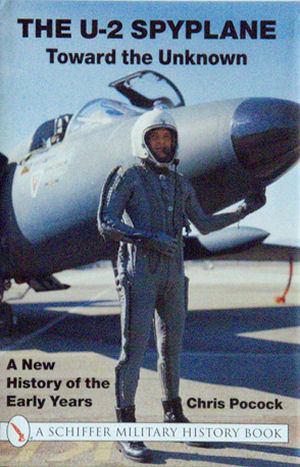 For the history-minded reader this excellent book brings to life a supremely complicated state of world affairs, a time in which especially Americans prepared for the worst and tore up backyards to build bomb shelters.

In this first decade of the 21st century a worried world wonders if Iran has the capability to develop The Bomb. Despite satellites that can zero in on a pack of cigarettes from their lofty perch and drones cluttering the skies and intelligence on the ground, no conclusive answers are to be had. Imagine then the nervousness 60 years ago when none of these tools were available and a worried world wondered if the Soviet Union had The Bomb, and except for asking politely had absolutely no way of getting an answer. American strategists even proposed a preemptive nuclear strike, just to make sure. That the world got off this powder keg was in largest part due to “Angel”—brilliant Lockheed engineer Kelly Johnson’s name for his splendid aircraft known then simply as The Article before it received the official U-2 designation.

It is so interesting to review this now 12-year-old book in the context of everything else the author has since written about this plane, a subject he pretty much owns. Already then highly regarded in the U-2 community, this was his second book on the U-2. It materially advanced what was then (to be) known and has stood the test of time, not needing revision or restating other than adding to it material, mostly operational details, that were then still classified or not yet in circulation. That effort resulted in an expanded book in 2004, 50 Years of the U-2, which Pocock considers his last on the U-2 because it exhausted the subject fully. The first 10 of that book’s 40 chapters are, in fact, a more or less straight pick-up of this book’s coverage of the first five years of the program.

Pocock is quick to point out that the book deals with more than aviation history. Its subtitle Toward the Unknown is so very apt. The U-2 was just one part of an entire, and mostly entirely new, package of hardware, doctrine, and operational parameters. From the airframe to the fuel to the cameras to image analysis techniques to the speed and modality in which political and strategic decisions were made, nothing was as it had been before. Pursuing lo these many strands would have caused the book to get out of hand so Pocock limits himself to examining only the first five years, ending in 1960 with the downing of Gary Powers (that’s him on cover) by the Russians. That episode alone is worth buying the book for because Pocock settles some long-standing controversies as to exactly what happened.

The book covers design, production and deployment of the aircraft, all in the context of industrial and military developments in the US and the USSR. Each chapter ends with detailed notes. There is plenty of data woven into the narrative but it does not disrupt the flow. Aviation-minded readers will marvel at the record speed in which the U-2 went from drawing board to tarmac, its aerodynamics and performance envelope, the many records it broke that no one outside the community could know about.

Proper attention is drawn to the many civilian scientists that applied their minds to not only build the hardware but counsel its users in new ways of thinking. Also examined are the complications of stakeholders’ (Air Force, CIA) different views on who should have operational control of this asset.

Appended are technical data, CIA and USAF organization/personnel, Lockheed personnel, aircraft production numbers and service histories. All illustrations are b/w and the photos are bundled into one 32-page section in the center of the book. Index.

The U-2 was able to answer many pressing questions, and so does this book.