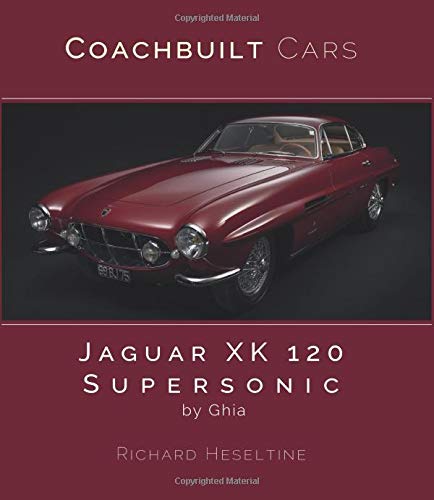 “That this dazzling machine is still wowing onlookers is remarkable given how many cars of this ilk have long since dropped off the radar. Either that, or been chopped, changed, silted and reconfigured.”

Chassis 679768, the featured player in this book, certainly wowed its current custodian—a connoisseur who plunked down over $2 million at a 2015 auction. The car’s original owner may well have been a connoisseur too, he certainly thought of himself that way, but his checkbook couldn’t keep up with this good taste and he had to skip town with his bills unpaid and his cars repossessed (he had also ordered the sister car).

That story alone would be worth reading the book for but there’s a lot more, and it’s all superlatively done and ticks many boxes. 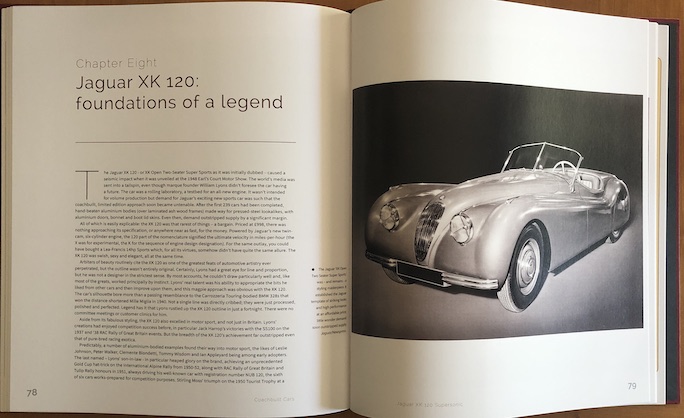 As if an XK 120 weren’t sexy enough right off the peg . . . but park a Supersonic next to it and you’d be hard-pressed to recognize them as the same car. Ghia made only three Supersonics on the Jaguar chassis (of which two survive) but there are also Alfas, Fiats, Astons, and even a Cobra—and their coachwork has such similar outlines that you really have to know what you’re looking for to tell them apart. 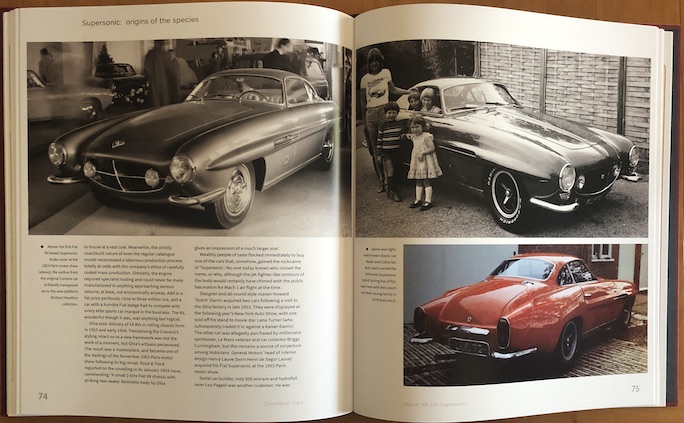 There’s a Cobra chassis underneath there—really.

While this book focuses on the first of the three Jags it’ll also tell you about all the other Supersonics, and, in fact, even has a chapter on other XKs with Italian coachwork. The “120” in this XK model’s name is of course a reference to its top speed—quite a big number in its day—but this particular chassis happens to be the only Supersonic to have received supertuner Virgilio Conrero’s ministrations which make it faster still. 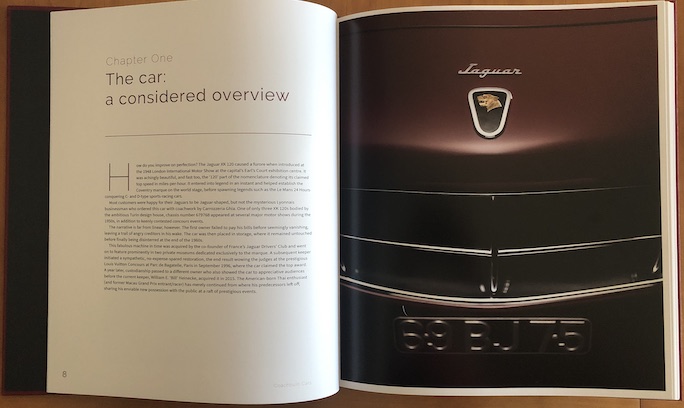 All this unfolds over an all too brief 108 pages and author Heseltine and publisher Porter Press have wrung the most out of them. For Porter Press, this book represents the first installment in their new “Coachbuilt Cars” series, subsequent titles to be penned by Heseltine as well. Porter Press is of course renowned for its deep catalog of definitive Jaguar titles, but their books most always have dealt with competition cars so a coachwork-driven series turns a new leaf. To appreciate how well thought out this new book is you only have to consider that it has a truly fine Index—just how fine you can tell by, for instance, the fact that all “Ghia-styled cars” are bundled under one entry, among whose several subdivisions is one for all Supersonics. Such attention to detail is evident throughout. 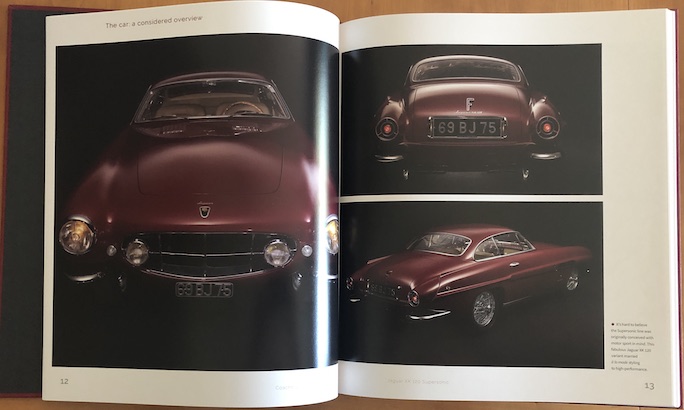 UK readers will have had plenty of occasion to come across Heseltine’s name, as a contributor on automotive subjects to such mainstream newspapers as The Guardian and specialist car magazines such as Octane and many others. He is most adept at turning a phrase, stringing a story together, and both having a point of view and a frame of reference. 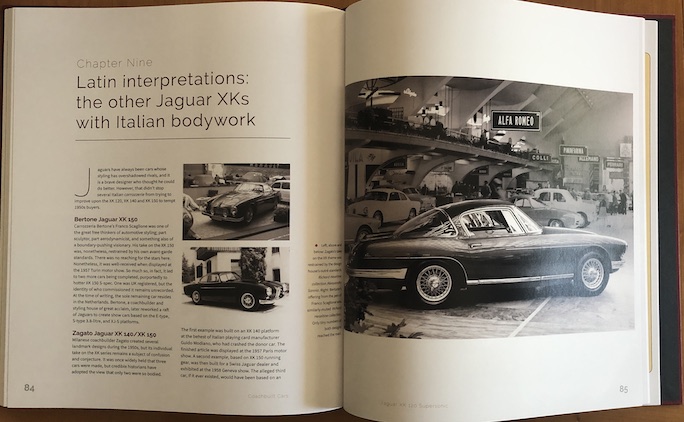 Fans of Ghia’s brilliant but shy designer/engineer Giovanni Savonuzzi will appreciate an intelligent appraisal of the man’s work here. (If a Supersonic is out of your price range try a Karmann Ghia instead, and file away this morsel: “Several designers claimed authorship . . . and S. was among their number, although he was probably the least vocal about it.”) Designers will find it noteworthy that the body this XK wears was originally intended for a one-off Alfa Romeo 1900 built for the 1953 Mille Miglia. The bigger story of how Ghia went from making lowly pots and pans to high-design automobile coachwork is much bigger than this book can examine in detail but there is enough here to give good context. The coverage ends with the total restoration of the car that had gotten underway as this book was being finalized.

For the riches it offers, the book is quite absurdly cheap. Hopefully this is a harbinger of the other books to come in this series. Heseltine says he’s always loved cars, and everything to do with them. He does take on custom writing/research projects so if you have a special car, get him on the horn.