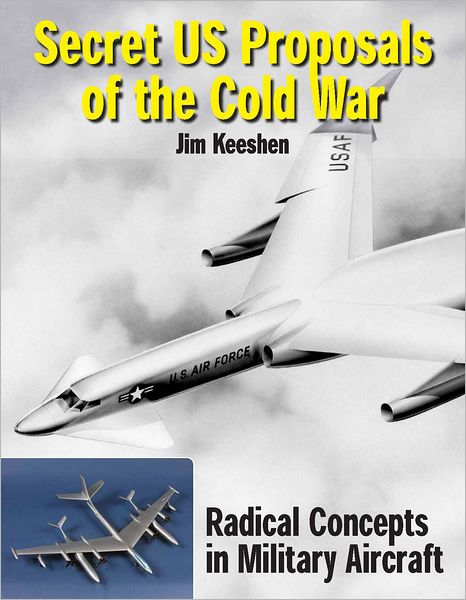 “One can look at one of these models today, as illustrated in the pages of this book, and easily imagine the excited designers, aircraft company executives, air force generals or navy admirals gathered round inspecting it.”

Once upon a time, when this book about aircraft concepts was itself only a “concept,” it had a subtitle that left no question as to [a] what it was about and [b] what made it absolutely special: Radical Concepts in Factory Models and Engineering Drawings. There’s no other book like it, and it would be a shame to overlook this one simply because its current title (assigned by a different 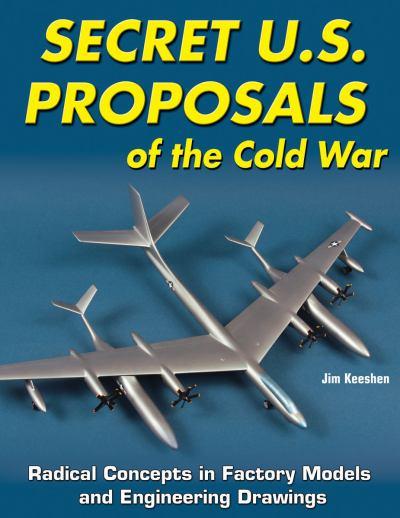 publisher than the one who started the project) is insufficiently precise.

So, this book does deal with actual aviation history and flying apparatus, and does it well—but so do others. Jim Keeshen went a different way. Even if you know the concept aircraft literature inside out, you won’t have seen what he has to show: the airplane models that the airplane makers’ model shops and art departments created for in-house evaluations or for presentations to the military brass. With very few exceptions these are not store-bought commercial plastic kits anyone can buy but handmade cost-no-object pieces that were only ever made in exceedingly small numbers, often of wood and metal and usually with fairly rudimentary “decorative” touches. Collectors of such items will recognize right away that quite a few of the models shown here are made of Unobtainium and that many are to this day squirreled away in corporate offices and private collections. There were, of course, cheaper promo models that were made by the tens of thousands: 15,000 of the X-15 (compare that to only three “real” aircraft) and a quarter million Starfighter models.

This is Keeshen’s first aviation book. He’s done two children’s books before but he is no stranger to putting a story together or to communicating via visual means. He’s an animator by trade and started on Sesame Street shorts that taught numbers and letters, and you’ve seen his handiwork if you ever watched an animated Hanna Barbera TV show. But he also tended to the academic side of his profession and, for instance, became the Academy of Entertainment and Technology’s first full-time professor and chair (Santa Monica College). He also practically grew up with avgas in the air, being the son of a WWII bomber and postwar general aviation pilot and was/is an avid RC model enthusiast. All these elements combine here to make one tasty book.

If you follow the model builder and collector world you’ll realize that pretty much anyone who is anyone opened their door—and often enough their super secret inner sanctum—to Keeshen and his photographer Allen Hess, himself a bona-fide professional model designer (wind tunnel models for Rockwell) and award-winning builder. It is really this inside track to these worlds that brought other folks out of the woodwork, such as long retired engineers and designers who here for the first time share that sort of unique minutia that was never written down and only rattles around in people’s memory.

To set the scene the book begins with describing the purpose of the models (promo, sales, trade shows, presentations to prospective clients—all requiring different executions), the multi-stage design phase, and actual manufacturing processes. Making models was not something airplane makers took lightly; all had full-time model shops and, for instance, Grumman (with its reputation for making some of the finest models) had over 80 employees in that department. Also considered are commercially made models during WWII and examples of illustrative art.

The remaining four chapters focus on bombers (with a sidebar on commercial airliners clever titled “Swords Into Ploughshares”), jets, Navy aircraft, and VTOL and other miscellaneous projects. While the key area of interest is the Cold War years 1945–65, the scope is freely expanded where it helps tell a fuller story, such as including the B-2 Stealth bomber (made public in 1988) in a discussion of flying wings. As to the “drawings,” there are actually not that many reproduced here and they include more illustrative than technical or GA renderings.

The Bibliography is commendably current (that there is no reference to other model books is because, wait for it, there aren’t any) and the Index (people and aircraft only) brief but precise

Even the “been there/done that” crowd will become weak-kneed seeing photos of some of the models bolted into their original carrying cases. Unless you have friends in high places, this is not something you normally get to see. The commentary about the real aircraft and the models is interwoven, one complementing the other. The photo captions concentrate on pointing out particulars of the models; all photos are credited—so you know whom to envy (or make an offer to)!!