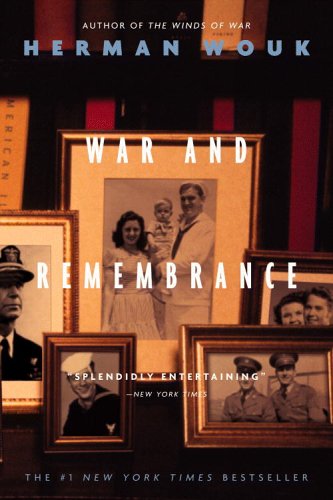 As this book is well known what follows isn’t so much a review as an appreciation. This book of the Second World War and the Greatest Generation is just over 1030 pages. It includes exciting naval battle scenes and submarine warfare; the effects of war on an American naval family; love and romance; portraits of the world leaders, especially FDR; horrific insight into the Nazis and the Holocaust; and a fictional war memoir from the fictional General Armin von Roon that lets Wouk dissect the war from the German perspective and obliquely entertain criticism of the Allies—translated with notes and rebuttals by the hero of War and Remembrance, Captain then later Admiral Victor Henry. The question on any reader’s mind after the final closing of this thick volume must be “How did Wouk do it?” Common-sense answers would be “with intrepid and unyielding research,” “with passion and determination,” “with deep personal courage and the courage of his convictions,” and “with great imagination and skill.” Considering the vast, planetary scope of his book; his knowledge of naval operations; his background—he was a radio dramatist and a naval officer before becoming a prize-winning novelist; his insight into the entire global conflict, including the roles of Africa, India, Singapore, South America and other lesser known theaters, alongside those of the more familiar England, Italy, France, Russia, Midway and the USA; his wisdom in dealing both compassionately and realistically with human nature—and especially considering that this book is a sequel to the novel Winds of War that deals with the world stage of the late 1930s, I see no sacrilege in comparing Wouk’s War and Remembrance quite favorably to Tolstoy’s War and Peace.

Wouk’s craftsmanship is solid throughout, but particular attention must be paid to his confident use of two basic literary devices: creating characters that readers care deeply about and creating believable cliffhangers. Will Madeline, Victor and Rhoda’s daughter, ever come to her senses and ditch her lover, the slimy radio celebrity Hugh Cleveland? Will Warren, their firstborn, manage to pull his plane, hit and afire, out of its fateful dive to the ocean? Will Victor, Pug to family and friends, divorce Rhoda in order to be free to share his romantic, abiding love with Pamela Tudsbury? Will Byron, the Victors’ younger son, on submarine patrol in the Pacific, be able to locate his wife Natalie who is wretchedly caught up in the black net of the Holocaust? Will Byron ever lay eyes on his son again? These questions become real and important because Wouk does not paint with a wide brush; his characters are complex with their heroics and their failings, with their courage and their lapses. And, remember, these are but intertwining small stories threaded throughout the woof and the warp of the huge story of the entire world at war. Wouk is a master of omniscience. 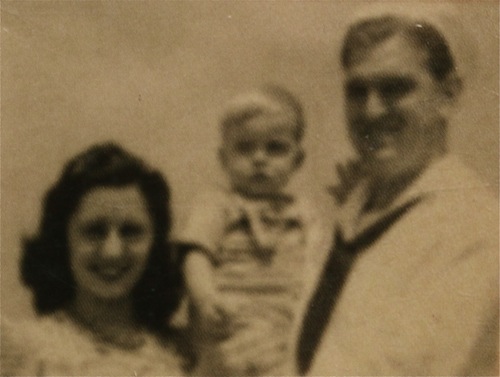 Battle scenes are presented in two interlocking ways. As in good nonfiction histories of war, strategies and deployments are systematically given; Wouk’s analysis and commentary could come from West Point manuals. But along with this analytical presentation, Wouk adds to his battle scenes the visual and aural dynamics of war, along with the suffering of those caught in its maelstrom. To give one example, he illustrates chillingly the aftermath of a battle during Germany’s invasion of Russia: the odor of decomposition, the burning tanks, the faces in the mud, the piles of dead, and this is seen through the cool and ever-calculating but not entirely unemotional lens of Victor Henry’s eye. Always there too is a studied understanding of the enemy. Wouk’s Japanese are warriors fighting for what they believe to be righteous and just—or as ordinary men caught in the hell of war aboard a torpedoed, burning and sinking ship. But for the Nazis the take is different. Although there are two, perhaps three, portraits of intelligent, loyal men who, ultimately unsuccessfully, try to rise above and/or subvert the atrocities of the Nazi agenda and their own participation, most Nazis are portrayed as the monsters they have become. Hitler is an infuriated, frustrated madman whose gross tactical errors are the bane of von Roon and whose genocidal horrors are nakedly described and soundly, inexorably condemned. There is one characterization of a Nazi, however, that shows Wouk’s remarkable skill as an author. Through the device of veiled irony, Wouk describes a family man, with his wife and his child, living in a comfortable cottage at the far edge of the compound, with fine china and silver settings, thick easy chairs and bountiful cupboards; but there is tension in the home due to Father’s trouble at work. His job? Running the camp at Oswiecim—or as Wouk keeps reminding us, it is more familiarly known by its German name Auschwitz. His problems? Supply. Escapees. The boredom, low morale and pilfering of his staff. Worries concerning the gang foremen, chosen for their ability to not favor their own, chosen because they are capable of getting the job done. Corpse disposal. Conflicting priorities from Berlin. And the usual stupidity of one’s superiors. It is no wonder that Father should not be approached this evening; he may be in a sour mood. And there is that gruesome yet wonderful scene with Father, in his den, entertaining a fellow SS officer, sharing his collection of women’s underwear, foundations, the cream skimmed off the top of innumerable piles of this sensuous stuff. The men are drunk with old brandy, and perhaps this ravishing of panties and camisoles evokes memories of better times—and eventually the conversation gets round to them intuitively rationalizing the work that they do.

Wouk plays yet another device that enriches the book. He endows Victor Henry with prescience in his assessments and predictions concerning such postwar world issues as the partitioning of Berlin, the use—and deterrence—of the nuclear bombs, the rise of Communism and the fate of the Balkans, the politicization of what was then Persia, the Palestine question and the destiny of world politics in general. And there is subtle deception in this authorial device. Wouk gives Henry his prescience by merely seeing what is going on around him as he is writing the novel (the copyright is 1978), intelligently analyzing it, and placing this knowledge and analysis in the mind and the mouth of Victor Henry in the 1940s, adding to the reader’s perception of and admiration for his, Henry’s, fictional wisdom and foresight. Well done, Mr. Wouk.

The title of the book carries with it the weight of Wouk’s main concern, the novel’s overriding theme: Remembrance. Remember the degradation that the Nazi Holocaust inflicted on humankind. Remember the age-old horror of war and consider the weight of nuclear weapons. Somehow we altogether must make peace. We must remember. We cannot keep making the same mistakes. The stakes are too high.

There is much more to the novel. This brief summary draws but a basic outline, with, perhaps, some coloration of detail, enough, I hope, to squelch any misgivings you may have concerning Wouk; and it is here to encourage you, even in the rush of your days, to stop and take the time to read War and Remembrance. Time, Wouk, might say, is of the essence.

Posted Under: Fiction, History, Other Genres | Author: Bill Wolf | No comments yet

British Auto Legends, Classics of Style and Design »
« Malta Spitfire Vs – 1942: Their Colours and Markings