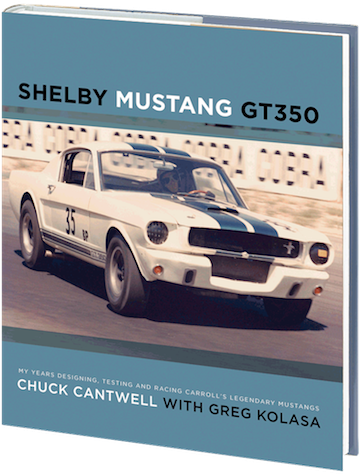 “Over the years, the explanation of how we developed the race version of the GT350 has become confused, most likely in an effort to simplify that explanation.”

If you already know what the real reason is for the “350” in the car’s designation (no, it’s not horsepower) you’re already deep enough into Shelby stuff to fully appreciate the fine detail a Shelby insider like Chuck Cantwell can bring to the table.

In your library, are the Shelby books in a different section than Ford books? Are Cobra books under “S” and Ford GT books under “F”? No easy answers here. There is a lot of overlap between these topics, and while Ford would be Ford no matter what, Shelby wouldn’t have been Shelby without Ford, and certainly not without Ford’s Mustang.

This Shelby Mustang book, aside from its primary topic, sheds a lot of light on the often fraught relationship between the freewheeling and mouthy Shelby and the American institution that is Ford. 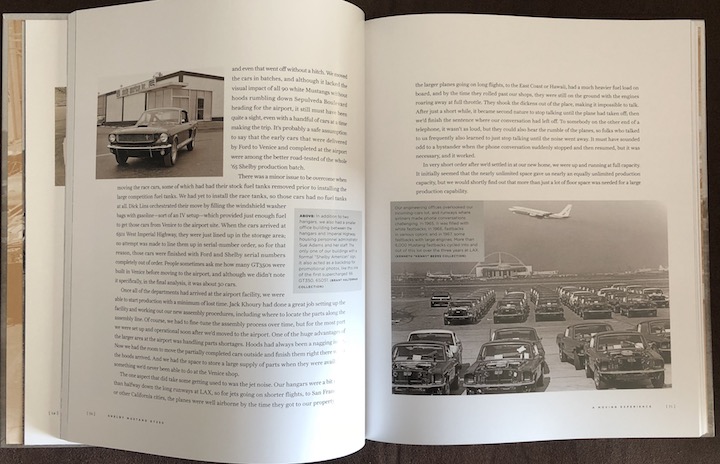 Author Cantwell was an early hire—from GM no less—at Shelby American’s Los Angeles shop. So deep is his involvement with the GT project that Shelby himself nicknamed him “Mr. GT350.” Their relationship, as all relationships, had good days and bad—and Shelby’s nickname might as well have been “Mr. Volatility” but in this book he comes off as a lot less explosive and grudge-bearing as in others (see Cobra Pilote, The Ed Hugus Story for a rather different take). Questions about temperament and personality are not voyeuristic curiosity but, especially in Carroll Shelby’s case, inseparable from his demeanor as a businessman, boss, and racer. This book adds pieces of the puzzle to all these dimensions but first and foremost it is of course a deep, deep look into the GT350 and a little bit about the GT500. 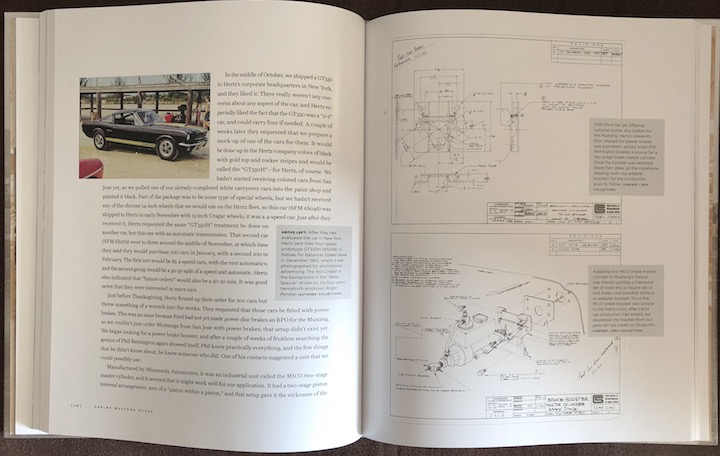 Hired in 1964 as a project engineer, Cantwell’s brief was to turn the “secretary’s car” (Ford’s own advertising slogan because of the stock Mustang’s low price) from a sporty car into a real racer. Derived from the fastback version of the Mustang, the Shelby version was supposed to bottle the lightning that had made the Cobras successful. “Ford was paying his Cobra bills,” and Shelby felt obligated to Lee Iacocca—already you can see the potential for conflict and diverging expectations and different agendas. From the small things such as getting the Ford plant that supplied the stock cars to delete on the assembly line an item that Shelby American was going to swap for a hi-po component anyway—but was being billed for by Ford nevertheless—to the big things such as safety and insurability questions and race strategy, this book will take you behind the curtain in a way only a long-time insider like Cantwell can do. 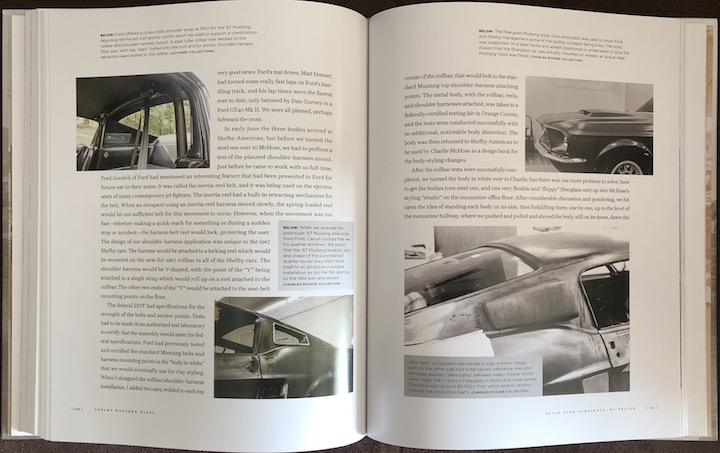 Moreover, Cantwell’s GM background makes possible some interesting observations about the differences between GM and Ford manufacturing processes. Another new data point offered here is to what extent Ford USA was “cribbing from” Ford’s much more-established European race program, or what role early computers played. In other words, this book ticks many boxes.

Even at the granular level there are new bits: what’s the story behind the blue vinyl roof experiment, what made export shocks more suitable to GTs than Konis, what impact do different casting methods have on the durability of valve covers, why don’t all Hertz GTs have stripes and, speaking of the Hertz Sports Car Club, did they really “lose their shirts” on this program as so many writers allege? You’ll get answers here to questions you didn’t know you have. And one key argument-settler for hardcore GT sleuths: exactly how many cabrios are there, 4 or 6? 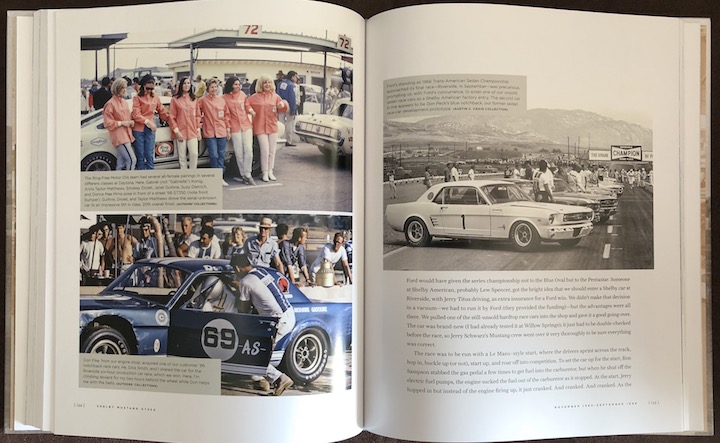 In short, a very competent book. Co-authored with automotive historian Greg Kolasa who’s had Shelby’s cars on the brain for decades it is engagingly written, well illustrated (including ads, blueprints, correspondence), nicely designed—a proper David Bull book (no Index though).

If you didn’t know it already, by the end of the book you’ll agree with the somber tone of the Epilogue: “Shelby’s Trans-Am racing efforts did not die with Chuck’s departure [in 1968 when he moved to Penske], but they were never the same.”