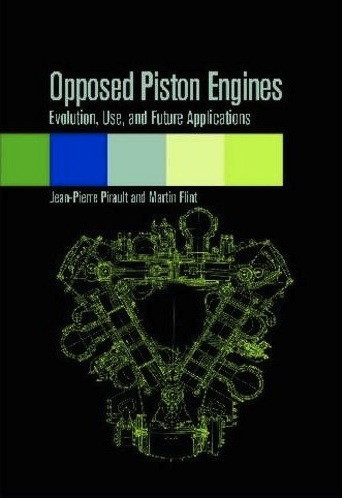 by Jean-Pierre Pirault and Martin Flint

What do Bill Gates (Microsoft billionaire), Tony Blair (former British Prime Minister), Don Runkle (former head of GM Advanced Engineering and former vice chairman and chief engineer at Delphi), and Vinod Khosia (famous Silicon Valley venture capitalist and co-founder of Sun Microsystems) have in common? They’re all investing their energies and/or wealth in EcoMotors International, an automotive engine company with what they hope is a game-changing design that will sweep the globe and help save the planet from the effects of global warming. At half the size and weight of a normal car engine, yet producing the same power, their trademarked M100 Opposed Piston Opposed Cylinder engine may be on to something. The engine is projected to be 25% less expensive to manufacture because it has 80% fewer parts than today’s current auto engines.

“OP engines and their possible renaissance remain very much the dreams and aspirations of a few enthusiasts. More serious considerations of [its] potential require a much wider appreciation of this type of engine, which is unlikely due to the risk-aversion predilection of current times.”

This book is an in-depth look at the type of engine Bill Gates et al are hoping to drive to the bank in the future. Specifically, chapter 4 “Automotive Opposed Piston Engines” addresses automotive issues but the book also deals with marine, aero, and commercial and military applications in the same detail as well as its history since the end of the 19th century. Tom Ryan, SAE President at the time of its writing, calls the book “a good read … [and] a reference almanac for those interested in unusual engines.” And he notes that the cumulative engine experience of the book’s specialist reviewers exceeds 500 years—in other words, expect to have the old grey matter duly taxed.

The book explains the operating principles of this powerplant as well as its virtues and vices. The EcoMotors M100, for instance, could be thought of as an opposed piston boxer engine. The basic concept is a two-cycle engine composed of a single cylinder with pistons at both ends that come together in the middle where a spark plug (or diesel compression) ignites the charge and sends the pistons racing away from each other. No head or valves are required. Generally turbocharged. Very efficient. The emissions problems encountered in the past, in theory, should be solvable by computer-controlled fuel injection and good port design.

This is an exciting topic but the book’s repetitive descriptions and just-the-facts-ma’am layout don’t really convey that. Acronyms abound—a seemingly endless string of AFR, BMEP, bsfc, CHP, EVC, fmep, imep, IVO, L/R, SOI, and VCR data, to name just a very few of the 46 acronyms that are used over and over in each chapter, may cause your attention to wander. Great reading for its intended audience of engineers, but a bit dull for the layperson who just wants to see and read about all the various designs of opposed piston engines from their inception in 1874 to the present.

The storytelling does have its occasional lighter moments, such as the bit about the opposed-piston 1930s Junkers Jumo diesel aircraft engine that was so dirty that German housewives took in their laundry to avoid the mist of engine oil that wafted down from the planes as they passed overhead. Very interesting from an engine design standpoint are the chapters covering submarine engines, large ship engines, and the beautifully designed Napier Deltic CT18-42K engine (pictured on the book cover). All are mechanical masterworks in their own way. The photos are all b/w and most are of engines, assemblies, and specific parts. They are accompanied by a vast amount of line art, charts, and graphs.

The authors of this well researched book have longstanding professional involvement with engines and engineering. Pirault, who has worked for Vandervell, Ricardo, Ford, Jaguar and AVL, currently works for the engine consultancy Powertrain Technology Ltd. in England. Englishman Martin Flint, now retired, is a Chartered Mechanical Engineer and a Fellow of the Institution of Mechanical Engineers and worked for Rolls-Royce and Ricardo, among many other name brands, in manufacturing, design, R & D, and engine testing. The information in this book is based in part on a collection of old technical papers covering defunct OP engines. This technical base was expanded by the authors and “is intended as a more active form of preservation for one particular topic—the Opposed Piston engine.” They’ve accomplished that goal.

Each chapter is followed by references. A list of abbreviations and a detailed, 17-page Index round out the book. If you make it through, you will know everything worth knowing about the OP engine!