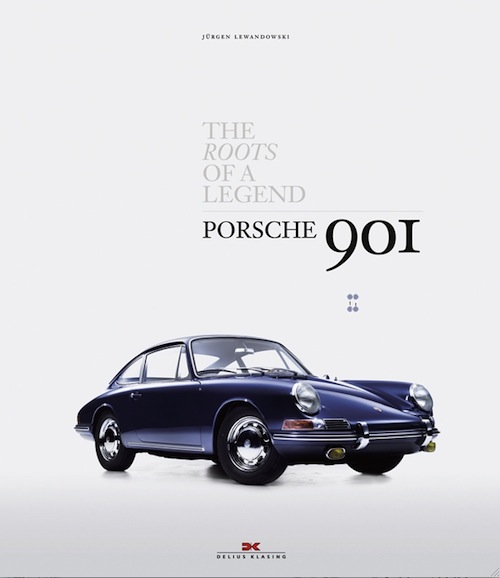 “Porsche’s engineers see the imitation of their ideas as a benchmark for the quality of their work. A wry joke circulating within the company says, ‘If something is not stolen within at least a year, then it wasn’t good.’”

If you never knew there was such a thing as a Porsche 901 you’d look at it and think you were seeing a 911.

Well, it’s not. Today we think of it as the father of the now seven generations of 911s but when it was built it was not intended as a transitional model—it was the next big thing, the model that would retire the 356, the future. It didn’t pan out that way.

Much has been written both about the 356 and the 911 but the 901 has never before been treated in this much detail. The Porsche Archives have a stellar reputation for cooperation, facilitating research, and also publishing their own material. Remarkably, it was only a few years ago that their own staff discovered new material pertinent to this story. 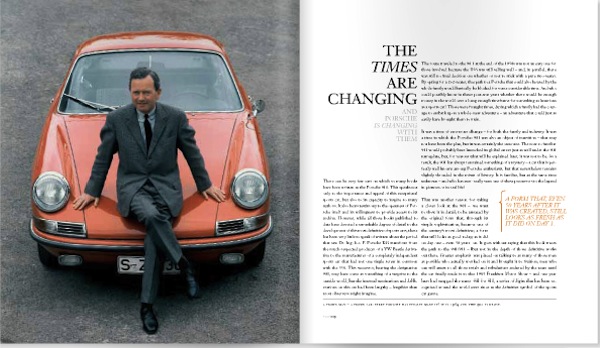 This very nice book fills an important gap in the Porsche story, and not just as a prequel to the 911. Among the many useful points it makes is, as Wolfgang Porsche describes here in the Foreword, as he has done on many other occasions, that what we nowadays with the benefit of hindsight consider the 911’s “inevitability” was anything but. The 911 “did not fall from the skies,” instead, “It was in reality an extremely arduous process that spanned many years and put those responsible through a rollercoaster ride of emotions.” Lewandowski (b. 1950) too remarks upon the incongruity in this matter of Ferry Porsche himself, writing, “What is interesting, however, is the vehemence with which Ferry Porsche, in his many interviews with is biographer Günther Molter, defends the view that the decision on the 356 successor was taken so quickly and so clearly. The search for the ‘right sucessor’ was evidently a significantly slower and more complex affair that his recollections would indicate.

This book describes very well the soul-searching at Porsche as to why and how to phase out their perfectly successful current model and how to put themselves into a position to answer questions no one was asking just yet. Did the early postwar world expect a family car from Porsche? Would it have to be an all-out four-seater sedan? a 2+2? would a single-model policy that bet the farm on a snarling sports car be the recipe for success? what about export markets? 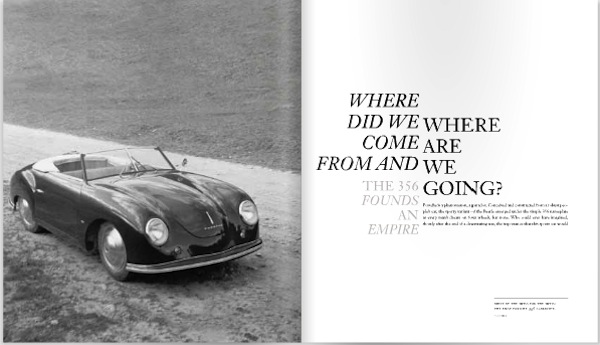 The then current model, the 356, had evolved from being merely a sporty variant of the Beetle into a supremely competent competition machine but somewhat Spartan road car, earning the company a phenomenal reputation and becoming “the pride of a country.” Once Porsche rolled the dice, their new car would end up not having a single screw in common with its illustrious predecessor.

The 901/911 could have killed the company and so the radical scope of this project ought to be a subject of interest to anyone who has to make choices, not just the Porsche faithful. To properly convey Porsche’s role in the industrial landscape—and not just in Germany—Lewandowski reprints a 1961 article from the German newsmagazine Der Spiegel that, among other things, draws attention to the firm’s “secret miracle works” in which contract design and engineering are executed for third parties. If nothing else, this illustrates both how much was at stake for Porsche to get the new car right but also where the funding came from. 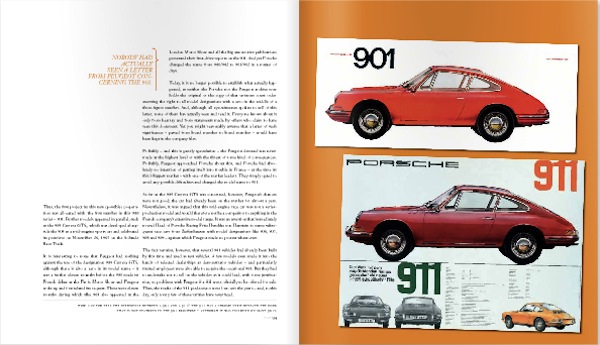 You get to look over the shoulders of the people defining the parameters, looking for ideas. We see the models that could have become the torchbearers—the 656 of 1953/54 and the 644 of 1957—had they not been found wanting, also the Tjaarda and Goertz proposals and even a 1962 design by Carozzeria Ghia. For the design-minded reader all this material, superbly illustrated, is enormously fascinating.

When all was said and done, none of the 82 models of the 901 was sold to a private buyer in its time (except one, who owns it to this day!). Other books will tell you to blame Peugeot—this book calls that an unproven allegation! Closing chapters discuss the 901 prototypes and the single surviving one. A few road tests (in English or German) are reprinted, and, lastly, the very few survivors are shown.

Crisply designed and nicely printed on high-grade glossy paper, the book’s one questionable design choice is the cover boards in a smudge-attracting light grey/taupe. There is no Index which, given the depth of detail in the book, is a pity.