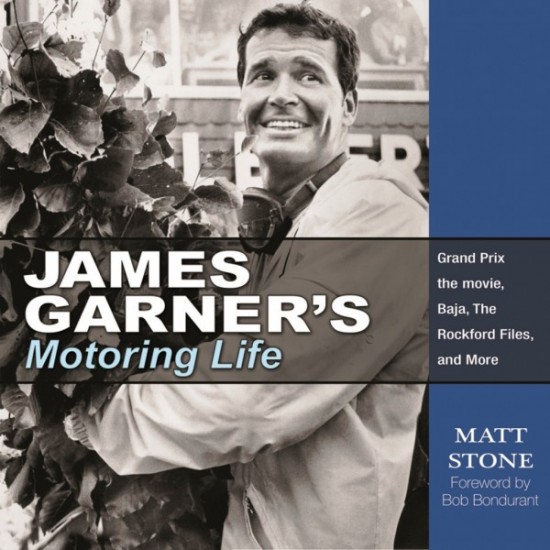 So indelibly is the 1970s TV show The Rockford Files associated with James Garner that he named—more than three decades later—his autobiography The Garner Files: A Memoir (ISBN 9781451642605). In the show he whipped around his Firebird Esprit with aplomb but car folk know that driving fast and driving well would have been Garner’s day job if he hadn’t been an actor.

Readers who are aware that Garner (86) died only a few months before this book was published may be forgiven for thinking that one is trying to capitalize on the other. Not so; the book was already on press at that time and, in fact, the phrasing clearly assumes that Garner would be reading it. 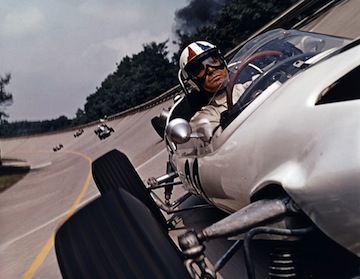 As the title implies, this book focuses on his personal and professional motoring activities, in particular his on-screen and real-life racing. These are, by definition, challenging and dangerous endeavors and the man you meet in these pages, if you make the mistake of only skimming them, comes across as unassailably suave and self-possessed. But James Scott Bumgarner was given to bouts of stage fright and depression, and knew it—and dealt with it. Author Stone will only go so far as to allow that Garner was “shy,” not quite the same thing. You’ll really want to read Garner’s autobiography alongside to get a more rounded picture. Stone did, and refers to it often, and if you have too you’ll recognize certain “scenes.” In fact, if you know other Garner literature such as interviews, you’ll find traces of those as well—and then you might even recognize one particular item where Stone’s take does not match Garner’s: the question of who paid for the Firebirds on The Rockford Files. Garner said, on more than one occasion, his production company had to pay for three new cars every season, Stone says Pontiac “supplied” them which we take to imply “free of charge.” While of no consequence for the bigger story, this choice becomes a question of writing craft. If Stone on the one hand knows the same source material that he can assume his readers to know as well but on the other hand deviates from the record as written without accounting for his reasoning, he invites skepticism.

In no meaningful way should this detract from a very readable, very sympathetic account of a multifaceted, well-lived, full life. The subtitle already discloses the three main lines of inquiry while the catch-all “More” turns out to be a bit thin in regard to one particular activity of interest to well-informed racing fans and that is Garner’s 1969 feature-length racing documentary The Racing Scene about the pro race team he ran for three years, American International Racers (AIR). 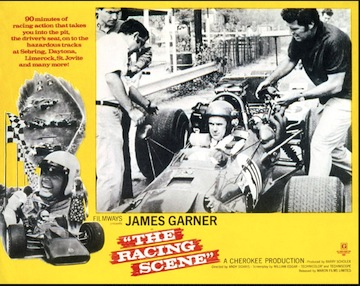 The film is mentioned in the book, and not only in passing, but it is not made clear how essential it is for understanding Garner’s mind about racing or how important it is cinematically as a real racing film. It was only briefly released commercially and you could easily win back the money this book cost you by betting who among your racing compadres has even heard of it! If you live in LA and are a film buff you may have caught one of its ultra-rare theatrical screenings just last month (October 2014), put on by none other than Quentin Tarantino who oversees the programming at the New Beverly Theater. (Also downloadable from Amazon Prime.)

Very nicely illustrated with many previously unpublished photos, smartly designed, lots of sidebars add peripheral strands to the main story, even an Index.

If you find the Garner movie/TV “persona” sympatico—wit, charm, down to earth, sometimes salty but almost always polite, solid values—this book will show you that he was/had all these things in real life when no one was watching. But if all you know him as is as an actor, this book will show you that he is among the few of the dozen or so Hollywood stars to have real street cred on the racing scene. When it comes to driving he’s often mentioned in the same breath as his acting colleagues Steve McQueen and Paul Newman (Stone has written bios of both) but Garner’s “life compass” was more steadily oriented than most anyone’s, and that in itself—even if the acting and racing don’t ring your bell—makes this book worth reading.