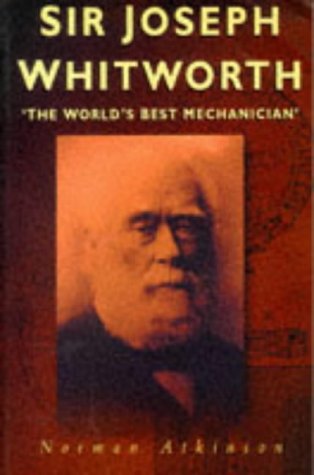 “Not unnaturally bashfulness was seldom, if ever, part of Joe’s character. Nevertheless he must have blushed many times whenever he read the fictitious magazine accounts of his upbringing; or years later, as a preliminary to his many lectures, he would have sat in silence through the introductory pleasantries offered by welcoming chairmen. Invariably, they repeated the spurious stories based on a make-believe boyhood which have now passed into the biographical scripts as true record. Yet he himself remained silent. Somewhat dishonestly he chose never to put the record straight: why?”

You may not be able to pick a Whitworth wrench out of a line-up but if you’re a British-car enthusiast you will surely recognize the name.

Whitworth (1803–1887) is known, or ought to be known, for so much more than the uniform system of screw threads named after him. He devised intricate machine tool designs and a way of manufacturing truly plane surfaces; designed a micrometer accurate to two-millionth of an inch; built mechanized roadsweepers, hydraulic forging presses, knitting machines, and the famous hexagonally rifled guns; he promoted the Atlantic telegraph, endowed colleges, and was a philanthropist of the highest order. To put the latter into context consider that in their final years, he and is wife bequeathed some £1.8 million—a staggering £100 million in today’s values!

This first full-length biography seeks to remedy “his present diminutive renown,” something the author and his colleagues consider “a downright scandal” and injustice. Author Atkinson, himself a toolmaker and draughtsman (as well as Labour MP 1964–87 and governor of Imperial College of Science and Technology), does his original trade and his subject proud. He unabashedly takes to task “the continual denigration of engineering” that is, he argues, the result of “anti-engineering bigotry . . . [i.e.] the rift between thinking and making.”

The reader possessed of a sense of history will inevitably draw comparisons between Whitworth’s and Henry Royce’s brand of perfectionism. So does Atkinson, who makes some choice observations on the subject of “skilled improver” vs. “inventive genius.” Our knowledge of the Victorian period of mechanical engineering in particular, and the mores and values of that period in general, is moved along a good measure with this fine book.

At the end one can only concur with the author: it is our loss not to have known more of a great—and conflicted—man. Includes chronology, family tree, bibliography, index.

Ever Since I Was a Young Boy, I’ve Been Drawing Sports Cars »
« Montier’s French Racing Fords