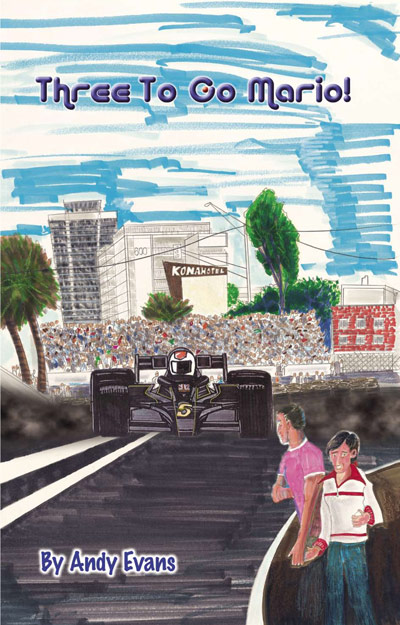 written and illustrated by Andy Evans

Andy Evans’ first-ever published piece was in a magazine, one of the commercial publications often referred to as a “buff book”, and one for which I happened to be doing editing work at the time. Andy’s story was a warm, from-the-heart remembrance of an experience he had had while spectating at a vintage race. He had been permitted—invited even—to sit in a rather special Maserati 250F that had been campaigned by no less a luminary than Stirling Moss by its present-day owner Peter Giddings, who himself is no less respected. It was a pleasure to work with Andy helping him fine-tune his piece.

He and I had no further contact for several years, until quite recently when he sent me an email on another matter entirely. In my reply I mentioned having noticed that he now had a published book to his credit. He asked if I had seen the book and in response to my telling him that I had not, he hoped that if I did eventually see it that I would like it, adding that he would very much like to hear my reactions.

Well, Andy, I’ve now seen and read your book and think it every bit as charmingly poignant as that first article of yours. Oh, and Andy, your original artwork that illustrates every page strikes just the right tone too. Your use of brilliant, bright colors, hard lines and style that verges on being cartoonish makes the feeling of youthful energy and exuberance seem to leap off the pages at the reader. 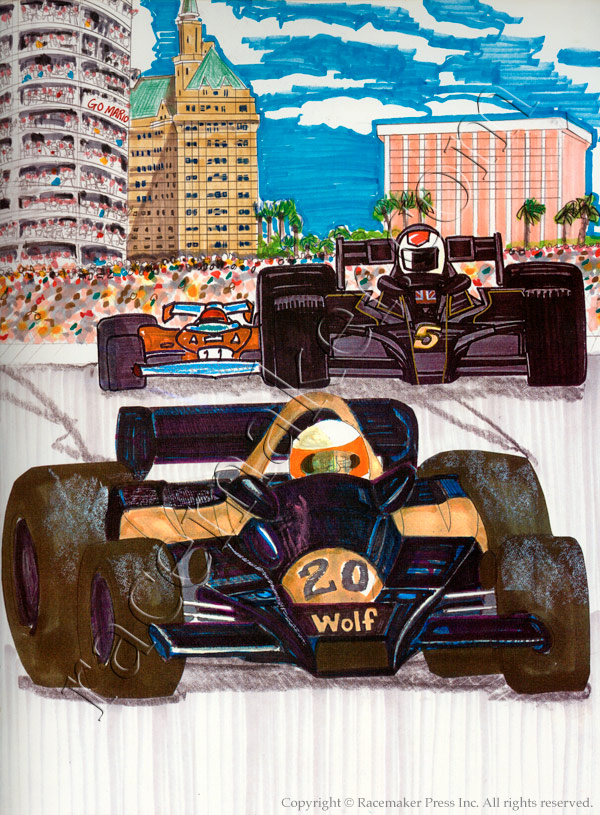 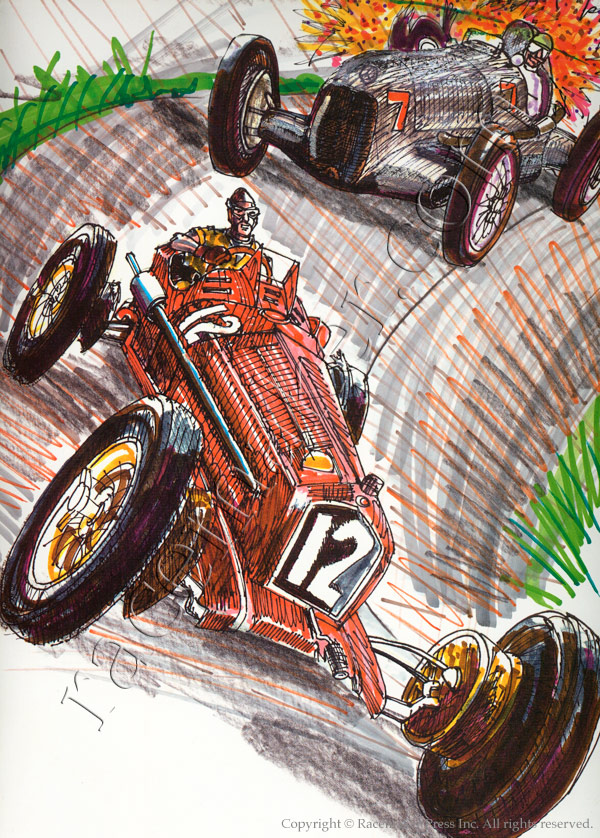 In this book Andy has recalled another memory, this one from his youth. He was 12 when his father took him to watch Mario Andretti compete in the 1977 Grand Prix that was run over the course laid out on the streets of Long Beach, California. All these years later Andy recalls, “It was a big deal and there has rarely been a day that has passed that I don’t think about it and the thrill of seeing it all. Auto racing is a wonderful subject for an artist because of its visual contrasts and its inherent drama.”

Wanting to recapture that day in a way that would appeal to ages ten to adult, Andy Evans created exciting, splashy illustrative art with felt markers and colored pencils. He also drew several racecars in greyscale that appear, like remarques, on the pages facing the illustrations where his story unfolds.

In case you don’t recall that particular race as clearly as Andy Evans: Mario Andretti, driving a Lotus 78, was one of the top three starters in what was Andretti’s first full season in F1. Five laps to the end, Andretti was still sandwiched between Jody Scheckter and Niki Lauda with whom he’d started. But then leader Scheckter suddenly became more concerned about merely finishing as the right front tire on his Wolf WRI began to go soft. Second-place Andretti, followed by Lauda’s third-place Ferrari 312, got past him and by the time they crossed the finish line Andretti had won by only one single second.

The crowd was on its feet! Andy Evans celebrates the win again—and you can as well—on the pages of his Three to Go Mario!

Ferrari by Mailander »
« The Sociology of Elite Distinction: From Theoretical to Comparative Perspectives