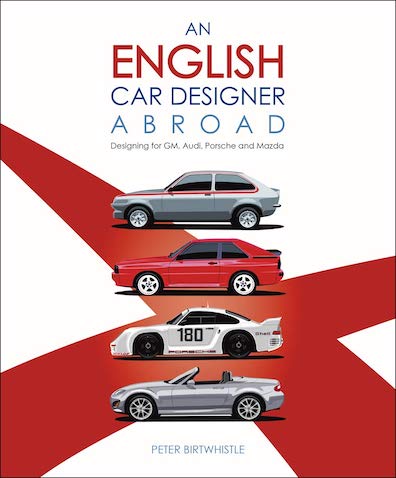 “During my 40 years in the industry, the art of designing cars has changed so much that I really feel the need to document my experiences. If I don’t, then, like many crafts, the knowledge and information will just drift into history and be forgotten.

Peter Birtwhistle may never be a name remembered as a significant or great car designer, and I have no problems living with that. However, I have had some amazing experiences, gathered many stories and anecdotes, in this business, and it would be a pity if they went untold.”

Chances are, you’ll recognize all the cars on the cover. You may not have known the name of the designer behind them, but now that you do, the first sentence in that second paragraph above about “significant” or “great” seems unnecessarily coy. And as to the last sentence in this book—“who the bloody hell is going to read that?”—well, it’ll be your loss if you don’t. It was surely said in jest anyway, the speaker, who in time became the author’s closest friend, first crossing paths with Birty some 50 years ago when they were both interviewing for one of the coveted industry-sponsored slots in the Royal College of Arts automotive design course. 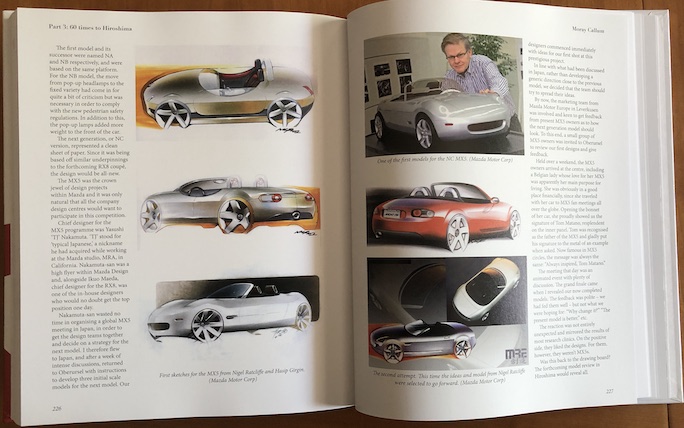 Birtwhistle started this book in 2014, the year he hung up his hat as Mazda Europe’s design chief. He spent more than half his professional life at “Japan’s most European brand” and if you’ve got your head into design (and not only in reference to cars) you’re surely familiar with KODO, Mazda’s “Soul of Motion” design language. 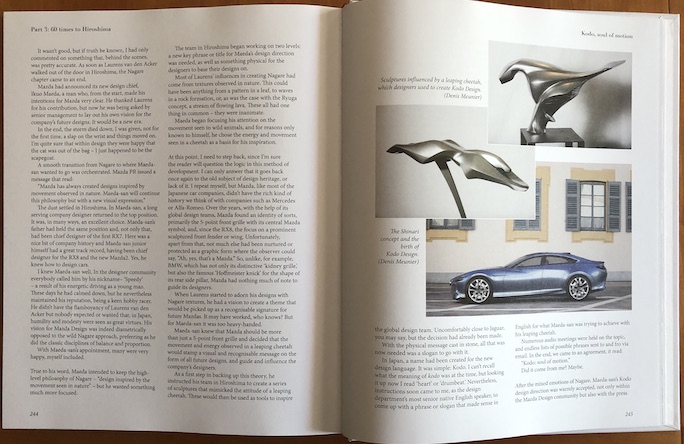 Divided into 3 Parts and 35 Chapters, the book follows a proper biographical course inasmuch as it begins at the beginning but a peculiar lack of specificity regarding dates catches the eye. For instance, he records that his parents got married in 1950 and that he was conceived during their honeymoon, but in the book, and elsewhere, the phrase “born in the early 1950s” is as precise as it gets. No matter. The first five chapters taking us through childhood and school years are not at all to be skipped because the anecdotes and predilections presented there foreshadow the kind of sensibilities that would inform his work. Contemporaries of Birtwhistle’s, especially Brits, will hardly be able to turn a page without being transported into that distinctly British postwar world of lingering austerity but prosperity on the horizon. From how an art student in the late 1960s is supposed to dress to the brand of paper he favored for his renderings, the detail is granular and relatable. 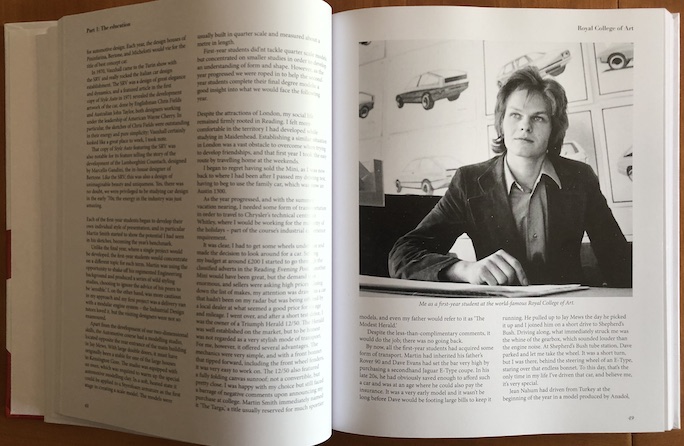 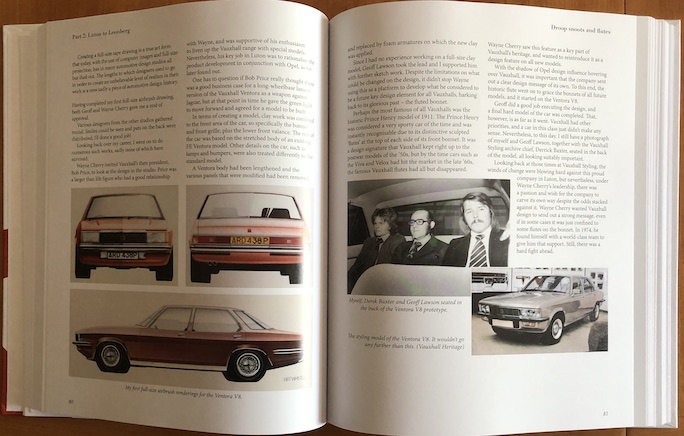 Once the story shifts to his education at the RCA many names enter the picture that tie Birtwhistle’s autobiography into the wide, wide world of cars and car people. The insights he offers into the design process and also the philosophy an intelligent designer must be able to articulate about the world at large will surely open eyes and minds to dynamics consumers/users of design probably rarely have occasion to become aware of. Many of the illustrations are from his own collection, and the photos of working studios and tools of the trade are of course delectable. The transition from part 1 to 2 is marked by a short glossary and a list of British terms and their American counterparts. 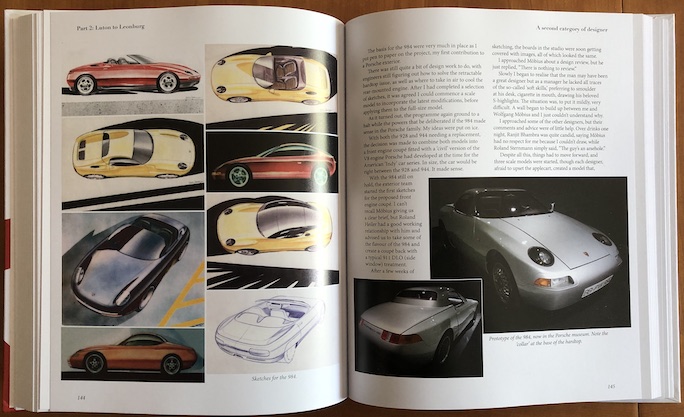 A Brit spending much of his working life in Germany and among Germans isn’t exactly exotic but the experiences do yield some of the lighter moments here. To the current student of design the book really is not, cannot be much of a primer because Birtwhistle is right: it ain’t the same anymore. Good thing he took the time to write it all down! These days he’s a lecturer at Coventry University’s Transport Design Course so you’ll be able to catch him in the flesh for a while longer.