Stanley Kubrick, Arthur C. Clarke and The Making of a Masterpiece 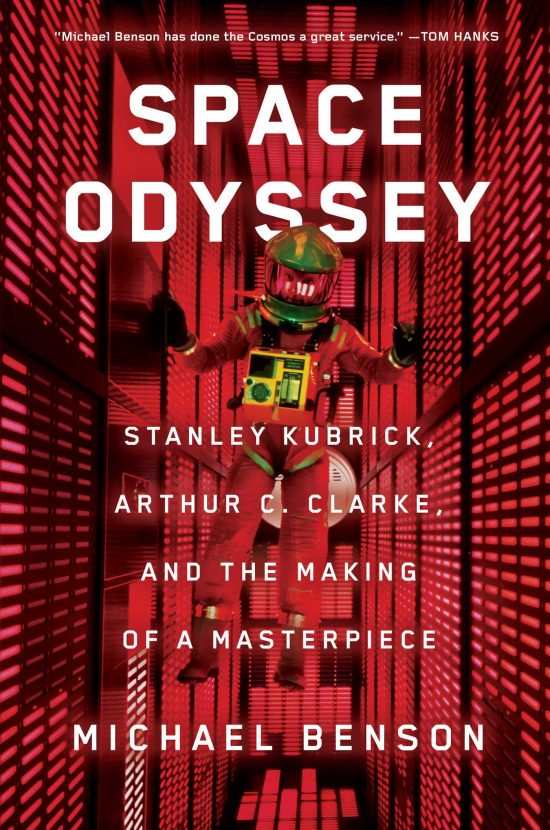 “At its best, science fiction takes our post-Enlightenment way of understanding the world and extrapolates, using the findings of science and projections concerning the future of technology and putting them at the service of truths expressible through fiction.”

I liked this book very much, and I wanted to write a proper review. But, because I so liked the book and/or because of the vast amount of material it offers, I began then rejected one opening paragraph after another:

Undaunted and with a vision, Stanley Kubrick created 2001: A Space Odyssey—the concept, the idea, germinated in 1964 and the film was released in 1968. In the film studios at Borehamwood, England, after years of stressful, unrelenting effort, the masterpiece was filmed, edited and finally released to the world. Hundreds of people were involved. Artistic and technical problems beset Kubrick at most every turn . . . 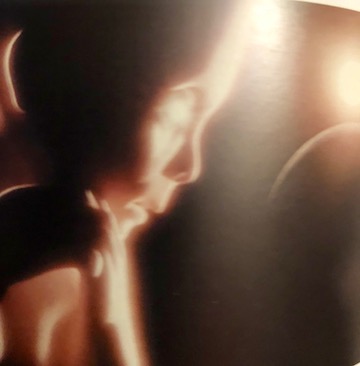 Arthur C. Clarke, respected and beloved sci-fi author, was steadfast in his cooperation, belief in the film and in Kubrick himself, despite the financial problems he was having at the time—and some of the problems were due to decisions that Kubrik had made . . .

Perhaps the under-sung hero of the making of 2001: A Space Odyssey was Robert O’Brian, CEO of MGM. He believed in Kubrick and, despite the objections of accountants and shareholders, he let the filming go over budget and way past any logical deadline . . .

Wait until you read what happened in the skies the day that Clarke died . . .

Benson writes so well that when it looked like MGM was going to force Kubrick to use the score composed for the film, instead of the pre-recorded music that we know and love, in my mind I was screaming ‘Don’t do this! How could you, Stanley, NOT use Blue Danube and Also Spake Zarathustra….’

All of those screens you see in the movie, the incessant monitoring screens of the space vehicles’ data and the personal screen pads of the astronauts had not yet been invented when the movie was made. What seems like the ordinary every-day to us was created by special effects . . . 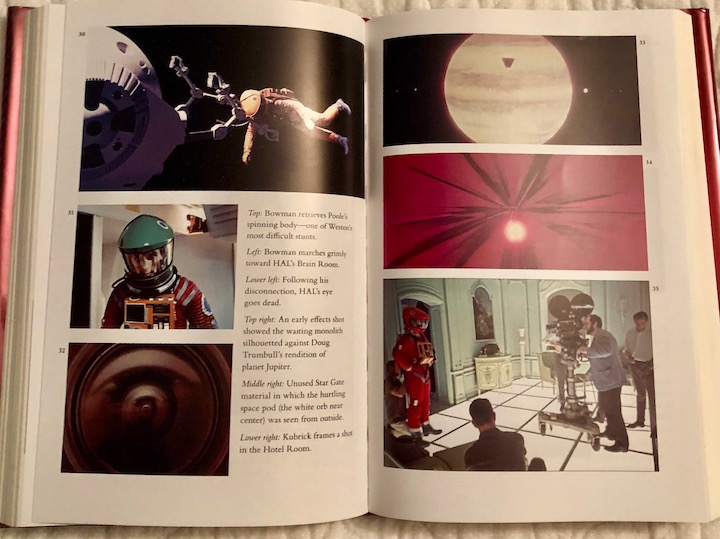 The Dan Richter/Stuart Freeborn collaboration for the Dawn of Man sequence was just incredible. Richter did the proto-human choreography and Freeborn did the costumes . . .

I went on a two-day reading binge for this 512 page book. To immerse myself as I read, I had the movie, muted, looped on my computer screen. Now and then, the images on the screen synched with the words I was reading . . . 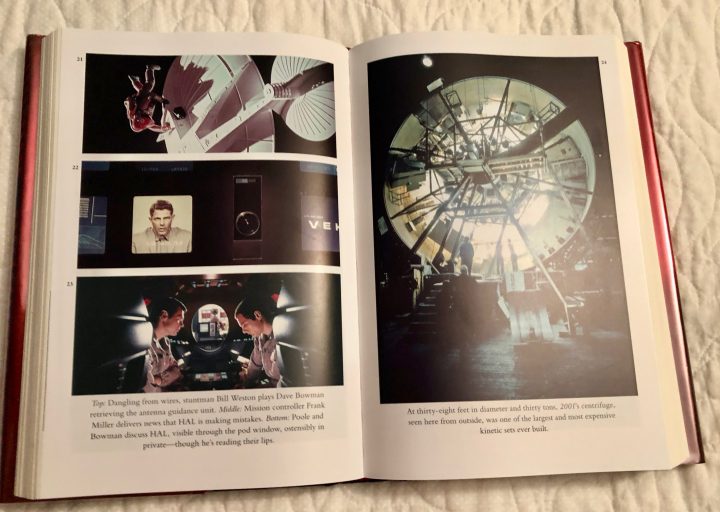 Sorry I am for these false starts, but I just don’t know where to begin—or end. Space Odyssey is a fantastic book about a fantastic movie. Fact after fact, drama after drama, are laid out in highly readable prose. The research, as evidenced by thirty pages of notes, seems impeccable. All of the people, from the head of MGM to the tea boy at the studio, from the director to the lawyers, are treated with respect and honesty. Whilst reading the book I just became much too wound up in my flights of fancy, imagination, awe, and hunger for more to distance myself from it. Yes, my enthusiasm overrides my critical judgement, but I just cannot fault this book. Movie fans, science fiction buffs, and anyone with an appreciation and love for the arts should be on their way, right now!, whether by foot, car, taxi, Uber, bus, space pod—or on-line—to buy it.

Stanley Kubrick, Arthur C. Clarke and The Making of a Masterpiece