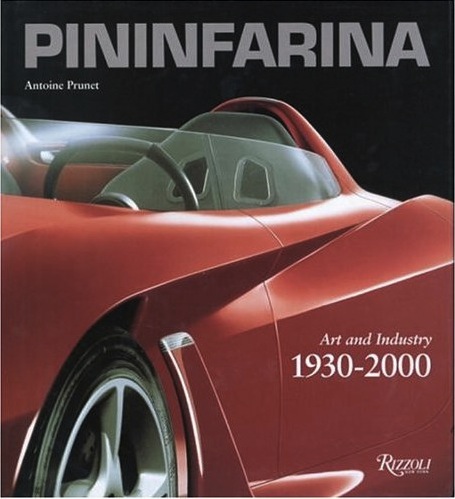 Coachwork aficionados need no introduction to the house of Pininfarina, which turned 70 in 2000.

This book commemorates the event with a wealth of never before seen photos and interviews. Despite having the full support of the current generation of Pininfarinas, author Prunet maintains an independent, sometimes even critical, point of view. In other words, this is a history about the company, not by the company.

Prunet, it should be noted, is among other things founder of the magazine Automobiles Classiques. He also promoted early on what is now known as the Lois Vuitton Classic, and is a founder of the Académie Bellecourt which awards an annual prize for the best automotive book. Most importantly, his work is informed by an awareness and appreciation of the “interconnectedness” of events.

This approach is evident here in how he examines Pininfarina on a number of levels. A 40-page essay introduces the various characters and establishes the larger historical context. Prunet points out the continuity of the artistic vision in Pininfarina’s designs, not just for cars but for a variety of consumer products, and the firm’s ability to apply, even develop, cutting-edge technology.

The bulk of the book is devoted to five distinct periods, heavily illustrated with many new photos of cars, people, workshops, sketches, ads. They are extensively researched and captioned. The chapters are interspersed with interviews journalist Luca Cifferi conducted with associates, employees, and business partners such as Peugeot’s Jean Boillot; Honda’s R&D man, Nubuhiko Kawamoto; and GM’s director of Design and Portfolio Development, Wayne Cherry. These industry insiders provide a critical evaluation that underscores the important role of Pininfarina in the history of design. However, making specific connections between the text and the illustrations requires of the reader to make his own observations.

Originally published by Giorgio Nada Editore (Italy) the book is obviously designed with care and intelligence so one must assume that the choice of using black and white for all but a few photos was a conscious one. But for a book that tells its story mainly in photos, about a company that is mainly about the visual, this choice seems unsatisfactory. Color would have elevated this book into the “must have two” category: one for regular use, one for safekeeping.

Appended is a Bibliography. The Index is fairly sparse and lists only people and firms, not products.

Posted Under: Art, Artists and Design, Automobiles | Author: Charly Baumann | No comments yet