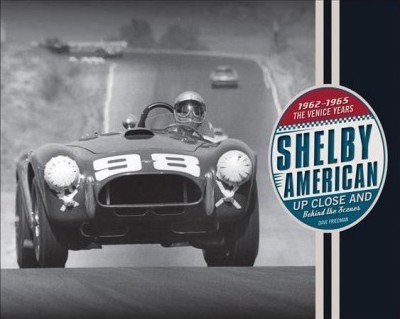 “For me, Shelby American died after the move to LAX. I never felt fully comfortable at the new facility, and I worked there only when it was necessary. So much changed with that move, and I found it a cold working environment compared with the Venice shops and the camaraderie we enjoyed there. All of the accomplishments during the Venice years define what most consider—and what actually was—the real legacy of Shelby American.”

Consider that the man uttering these words used to work out of “a tiny, smelly, poorly ventilated totally inadequate former [ladies’] bathroom” at one the original Shelby American shops to appreciate just how much he disliked the new, larger digs at the Los Angeles airport. But he is right, the sheer scale of the new operation—brought about by the “mass production” (of sorts) of the Mustang GT 350—would have changed the dynamics of the workday. Not least, Carroll Shelby himself, the man his first employee called the “Pied Piper” whom no one could resist, would no longer have had the same sort of shoulder-by-shoulder interaction with the team that called itself the “Venice Crew,” happy (so they say) to pull all-nighters, do any job, even work without pay just to create an audacious race car out of nothing.

Except on the homologation papers, there’s no such thing as an AC Cobra.

That car was the Cobra and forests have been felled to record its history on paper. Original Shelby American employees are becoming an endangered species so that well will go dry one of these days. Shelby American photographer Dave Friedman says it was Shelby himself who suggested to him, some years after Friedman had already left, to interview as many of the old 1962–65 crew as he could. 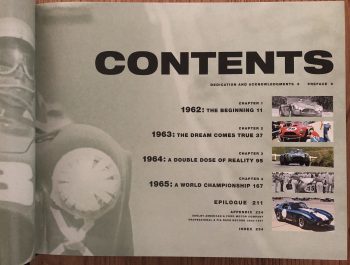 Just like no one back in the day would have believed old Cobras would ever mean anything to anyone so Friedman surely never expected his photos to ever become such an important testament of their time. He has published a dozen books already, all heavy on photos, and still he has more to pull out of his hat.

Even if this book contained nothing but photos it would be desirable because many of them are new to the printed record or seldom seen, with only a certain small number of already published photos used again for the sake of story continuity. As the book doesn’t say otherwise, they are presumably all Friedman’s even if not necessarily from his own archive (some Mustang negatives, for instance, had been stolen, so new scans were made from someone else’s stash of period Friedman prints).

But this book adds plenty of words to the mix, Friedman’s own along with many primary sources, to tell the rich story of a time and place that all who were there agree could never be duplicated. Friedman doesn’t just offer a backstory to his photos but a fully fleshed out history of the early years at Venice and the team’s global racing activities. The story would be richer still if the modern reader, or the one not steeped in Southern California car culture of the 1960s, were given a fuller sense of that fairly unique place, Venice.

The aforementioned Mustang GT 350 is covered here too because the first chassis arrived already in 1964, before Shelby moved to LAX. Even Sunbeam Tigers and Ford GTs passed through the Venice shops and are shown. The book’s landscape format (12 x 9.75″) takes full advantage of the real estate. Appended are 1692–67 race results; Index.

Shelby Up Close and Behind the Scenes


Posted Under: Automobiles, Photography, Racing, Rally, US | Author: Sabu Advani | Comments not open.
Mythical Formula One: 1966 to Present »
« Driven, An Elegy to Cars, Roads and Motorsport