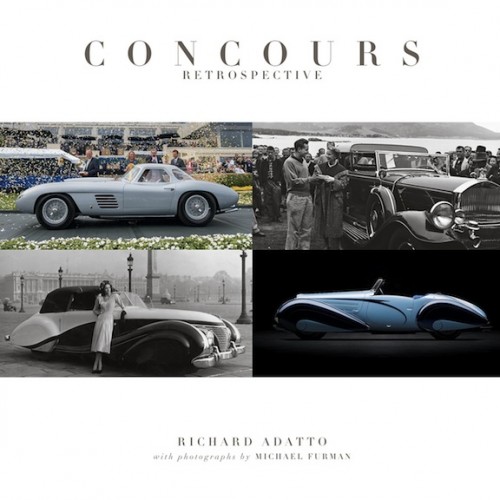 “The social events that surround these shows can open up people’s minds to new ideas about cars, their place in history, and the people associated with them. What started out as a venue of display for European aristocrats more than 100 years ago is now a sensation wherein new groups of people can gain access to the most astounding cars ever made.”

Where better to launch a book about the history of the concours than at the granddaddy of all concours, the Pebble Beach Concours d’Elegance? If photographer/publisher Michael Furman weren’t already in attendance to man his Coachbuilt Press booth, he’d be there anyway because he takes the official photo of the “Best of Show” winner. 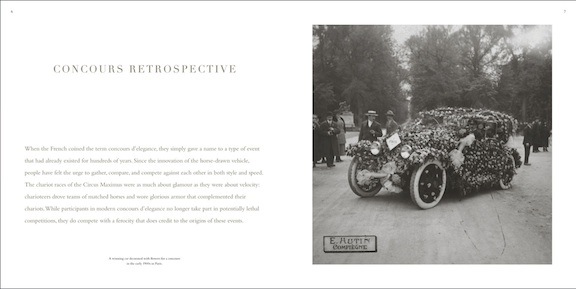 In its 61st year at the time of publication, Pebble Beach is of course not the oldest such event but it is the oldest of the modern era. More importantly, its early leaders made choices that, with some tweaking, allowed the event to grow over time in stature and prestige to become a veritable institution.

The reference to Pebble Beach is apropos because its chairperson, Sandra Button, who also visits or judges at other concours worldwide, wrote the Introduction and author Adatto, being a world-renowned expert on French aerodynamic cars, is a member of its Advisory Board and has been a PB judge for over 20 years. 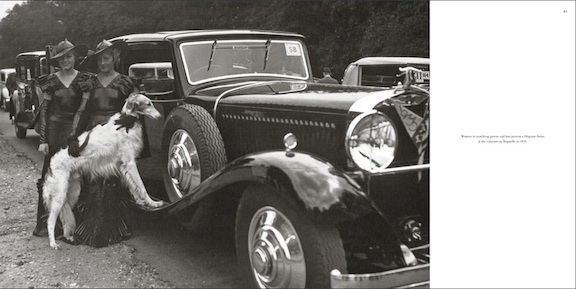 Showing cars off is as old as the car itself, and this is the primary focus of the book. Considering that cars in the beginning were fantastically expensive (as, for that matter, had been the teams of horses it sought to displace) it is no surprise that their well-heeled owners didn’t just hop over to their local pub to show off their trophies—along with trophy wives in trophy dresses replete with trophy dog—but congregated at posh resorts and watering holes. (Realize that PB charges spectators $325 admission just to get on the show field in 2016; a participant will drop thousands for the “privilege” of competing for a car trophy for their trophy car. Vanitas vanitatum, omnia vanitas.)

Readers new to this world will marvel at the opulence, the lifestyle—the “elegance” from which the event derives its very name. Concours veterans, on the other hand, will be cognizant of the vast philosophical and practical—and often enough political—issues that attach themselves to any form of judging, especially when considerable amounts of money (car, resto, show prep, resale value) and prestige are at stake. The book politely doesn’t even hint at the latter, which should neither surprise nor disappoint. It is, instead, a celebration of the celebration, or, a gaze at the navel-gazing. 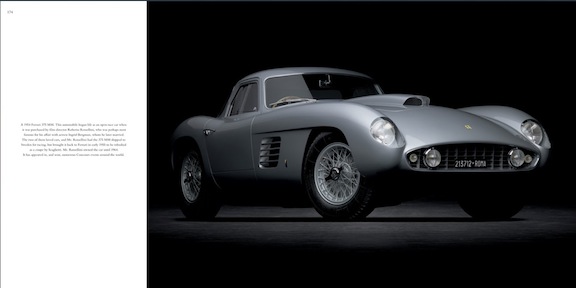 Fashion curator Dennita Sewell at the Phoenix Art Museum since 2000 (one of the stops of the 2005 exhibit “Curves of Steel, Streamlined Automobile Design”) discusses the longstanding connection between couture and concours. While unsaid, considering automotive design as the artistic expression it ultimately really is, certainly insofar as custom and bespoke work is concerned, already implies that not all cars are equal. 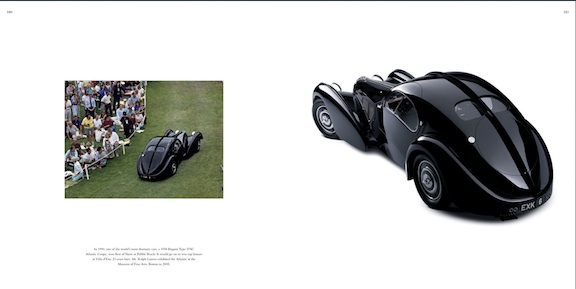 Adatto gives a quick overview of how, why, and where the car established itself. While the car, and thereby its attending culture, including concours, is predominantly a Western phenomenon, Adatto rightly points out that concours are now a global affair. Between the various introductory material and the conclusion there are only about 20 pages of text, the bulk of the book consisting of what is usually the meat in a book by this publisher, photographs. Divided into five eras the book showcases, for lack of a better word, representative cars at big-name events. 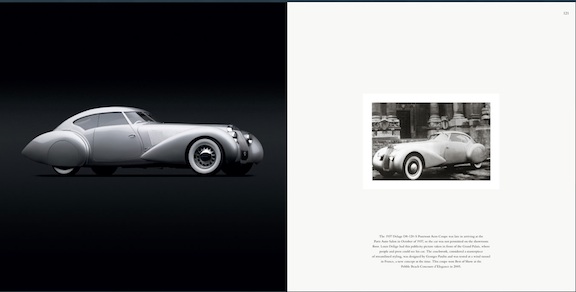 If you have yet to discover the books of Coachbuilt Press dial up your expectations: paper, printing, photography, binding, everything is supremely excellent. (Books, incidentally, have “concours” of their own and this one was shortlisted as a 2015 candidate for “Publication of the Year” at the international Historic Motoring Awards.) The photos are naturally not all by the master’s hand in this case, some because they predate him, others because they are from far-flung places on the planet. Even the ones whose image area do not fill the entire 12 x 12″ footprint benefit from the large size because the generous space surrounding them makes them breathe (see above). In some cases cars in period photos are juxtaposed with the same car today (again see above)—but not necessarily in restored condition! That the “preservation” movement has gained traction in recent years is in no small measure related to the existence of automobile concours, so don’t be too quick to thumb your nose at “those elitist car shows.”

The book is also available in a Special Edition of 50 in a cloth slipcase and numbered tipped-in page with the signatures of Adatto and Michael Furman ($395).