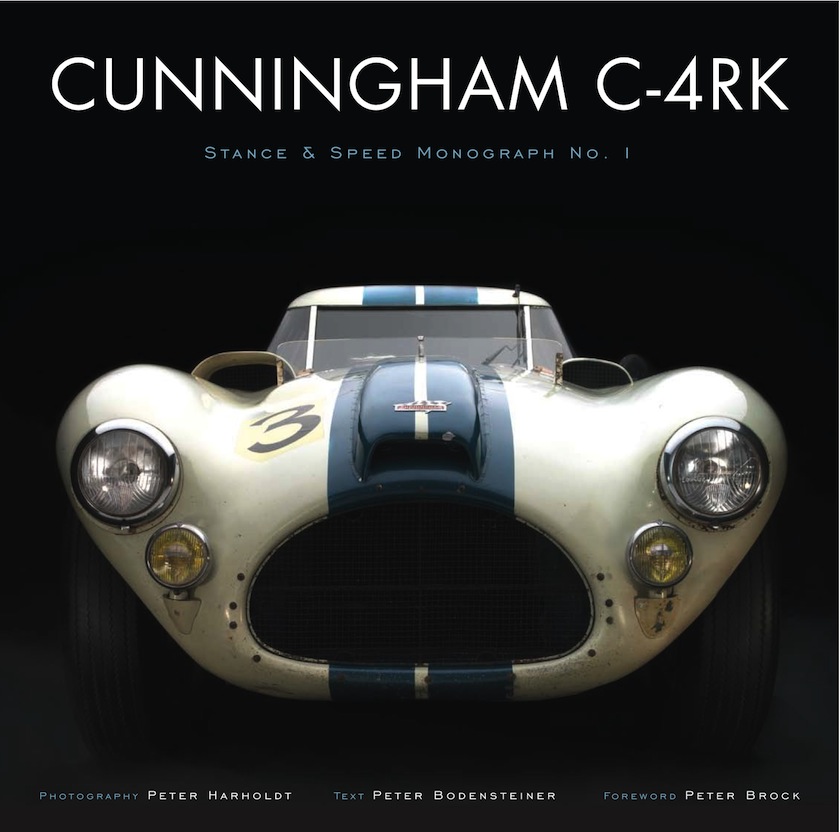 “The C-4RK showed enough flashes of its potential to beg the question, “What if . . .?”

I remember being shown the cover photo while the book was still in development—and immediately the theme music to Jaws came to mind. Ominous. Intimidating. Resistance is futile. Just the sort of effect wealthy American sportsman Briggs Cunningham was going for with his eponymous cars. An American team with American drivers in an American racecar winning Le Mans, that was the goal he set for himself. It had never been done before, and it would elude him too.

This book is the first installment in the new Stance and Speed Monograph Series (“For People Who Like Cars. Period.”). If you’re the sort of person who tore out the “Salon” features that used to be standard in motoring magazines, you’ll appreciate what this series is attempting to do. Each book will feature just one particular model or topic, beautifully photographed and succinctly described. And instead of a bunch of tattered loose magazine pages you now have a glossy large-format (11 x 11″) hardbound book at an affordable price to boot (the introductory price of $15 has since increased to $17.95) and with production values on par with those few publishers—you know who they are—that have the wherewithal to produce top-notch books.

The book’s 32 pages are just enough “bulk” to construct a proper book cover with a spine but they’re certainly not enough to exhaust their subject fully—but that is not what this series is about. This is a synopsis, a sort of highlights reel for a quick fix. You could think of it as a “starter” book, a role it fulfills well, but that does not do it justice. 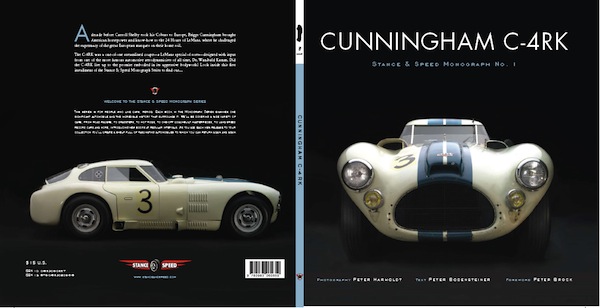 It is almost always harder to say less rather than more, so everything that does make it into this book has to count. None other than Peter Brock who would go on to design that other iconic American racecar, the Shelby Daytona Coupe, wrote the Foreword. This, for once, is not an exercise in vanity: the writer isn’t blowing his own horn and the book isn’t looking for the halo effect of a marquee name. Brock, in fact, says nothing about his own exalted place in automobildom and it is only the postscript to his Foreword, probably written by Bodensteiner, that draws attention to his contributions.

Brock knows both the racing history and the design criteria well enough to know exactly how best to sum up the strengths and weaknesses of the Cunninghams. He rightly describes the C-4RK as “simply a hurried coupe variant on the roadster’s chassis” and deftly points out what worked and what didn’t. The “K” in the car’s designation stands for “Kamm,” the German aerodynamicist after whom the Kamm tail is named. His influence on this model, though understood and appreciated by Cunningham, was fated to remain largely theoretical. Bodensteiner picks up on many of these points in his exposition and quotes Brock and many others extensively.

Though short, the book is far more than merely a superficial potted history. It cannot be expected to add anything new to the record but what it does say is relevant, accurate, and its very brevity and focus demonstrates command of the subject. 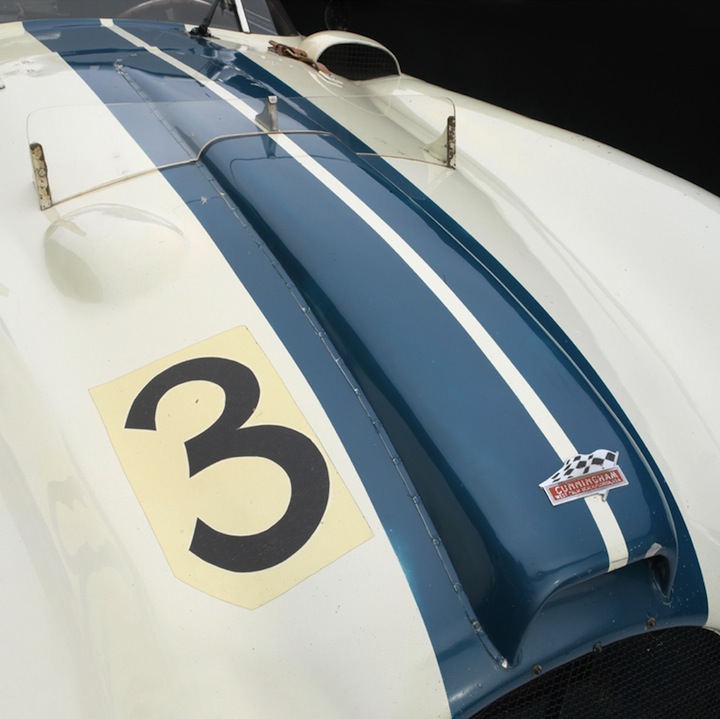 Without taking anything away from Bodensteiner’s text, it is the studio photos by Peter Harholdt that elevate this book to “extraordinary.” Harholdt’s photos tend to do that and since he is a partner in this Stance and Speed project, future titles can be expected to already have a leg up on anyone else who might think about a similar product. If you know his photos you know you’d gladly pay more than the price of this entire book for just one print of this size. Harholdt is a photographer’s photographer and his images are visually strong, technically sophisticated, and sensitive to the “essence” of the subject matter. In terms of contrast and sharpness they seem accurately reproduced here—the actual car does have a warm patina. The softness/murkiness on the printed page thus didn’t seem “wrong” but talking to Harholdt reveals that he too thought that they didn’t exactly match the match prints (there’s a reason they’re called that!) he signed off on—and so the next book will have a different printer!

Many of the photos take full advantage of the book’s generous size and cover the entire page or more. They are augmented by a handful of 1950s photos of Cunningham’s shop sourced from the Revs Institute, the educational arm of The Collier Collection that nowadays owns C-4RK. The Harholdt studio photos are against a black background but the printed page is thankfully not too fingerprint-sensitive.

Competently edited and proofread only a very small number of glitches snuck into print. A few stylistic or continuity glitches are probably on account of this being the inaugural effort and disparate elements of the book coming together from different sources without the benefit of one final look by one set of eyes.

At this price point the books in this series deliver good value for the money. They are beautifully presented and if you can stand to part with them will make very nice gifts.

The next books will be on the Jaguar XJR7 (written by Ted West) and the So-Cal Coupe (written by Ken Gross).

The Automobile and American Life »
« The Ultimate Car Sticker Book