Every Cloud has a Silver Lining 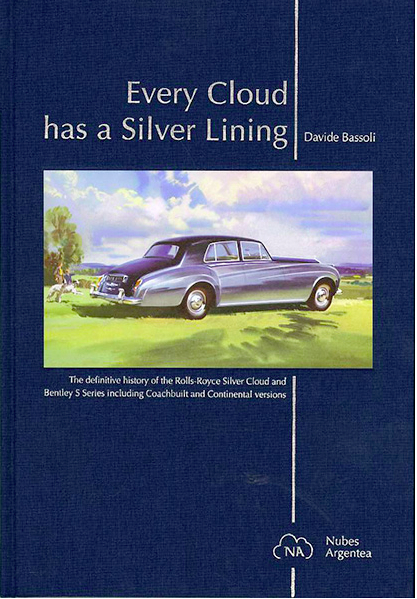 “Opening the doors, there is a triumph of Connolly leather and Walnut Burr veneer, elegantly blended in the best British tradition. West of England cloth for the headlining, Wilton carpet and chromed details leave anybody seated inside raptured. Once accommodated on this traveling sofa, in the most rigorous Oxford style, a moment of religious absorption is needed to admire such a masterpiece.”

The 1955–65/66 Rolls-Royce Silver Cloud and its Bentley S stablemate really were the cat’s meow but this colorful description could apply to any number of Rolls-Royce/Bentley models, old and new, and that ability to satisfy the highest expectations of creature comforts is one of the big reasons the marques have commanded reverence—and high prices—for now eleven decades.

If the opening quote gives you the impression that the author is fond of these cars, you better believe it! He’s put his money were his mouth is, owning (and, more importantly, properly maintaining to the high standards they demand) two Silver Clouds, playing an active role in marque clubs, and even naming his publishing company Nubes Argentea, Latin for Silver Cloud! 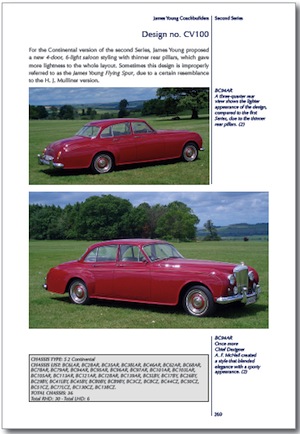 As the British marque club’s Registrar for the Silver Cloud & S Type Register he’s been writing about these cars for years (and also about other classics for specialist magazines Ruoteclassiche and Autocapital in his native Italy) and in fact published his previous—and first—book about this very model, more specifically about the first of ultimately three series of it. That 2005 book, Rolls-Royce Silver Cloud I & Bentley S1 – 50 Years was volume 8 in a long series of books titled “Complete Classics” being published by Bernard L. King that aims to record every single RR/B ever built (a very large number of them still being among us!). The installments on the SC II/S2 and SC III/S3 have still not been written so this new book, which does cover all three series and also the Bentley Continentals, is a welcome move forward.

Now, it’s not as if there isn’t already a large body of literature on RR/B in general and the Cloud/S Type in particular but Bassoli’s book is head and shoulders above anything else out there. Spending $250 for a book may require some thought but don’t think too long: only 1000 copies of this one were printed (plus 30 in leather at $500) and it is substantial in every regard. Aside from the top-notch contents, it is beautifully printed on premium paper, solidly bound (even has ribbon bookmark), has a slipcase, and can be ordered signed/inscribed if so desired. A collector’s item, in other words. 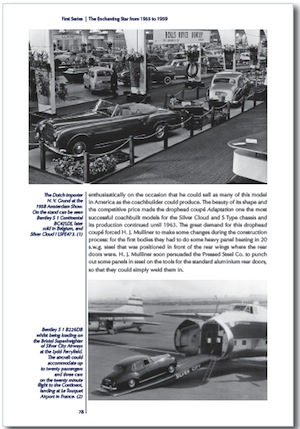 It is written in such a way as to offer enough background and context to be appealing to the novice and enough micro detail to keep the experts on their toes. The book is intended as a, or rather the “complete reference work” and in terms of depth and scope it does deliver. All three series are discussed in thorough detail, including chassis numbers [think VIN], an absolute requirement for any serious RR/B book because this unique letter/number set is crucial for following a car’s life cycle. The Cloud/S Type was among the last models to have, in parallel to the “standard” short- and long-wheelbase cars offered by the company, custom coachwork that could be ordered from any coachbuilder anywhere willing and able to execute such work. To the RR/B community the coachbuilt cars are of especial importance and Bassoli covers all of them. He has identified 130 different body styles and managed to unearth illustrations of all but one, a remarkable feat. A good number of the period photos have not been shown before.

For the benefit of the reader who does not yet have an understanding of the Silver Cloud/Bentley S and its place in the world the author paints a full picture in terms of historical, technical, stylistic, and social background. He explains what Rolls-Royce aimed to accomplish with this car, how the firm strove to understand the different requirements/expectations for such a car, the key personnel at the company, and the process of designing and then building the car.

Even if you know little about cars, of any age, a Silver Cloud has such an iconic, timeless shape that you instantly recognize it as a Rolls-Royce. Seeing here the rather slab-sided, chunky design studies that started as early as 1947, it is nothing short of amazing that the final, supremely balanced proportions were achieved. 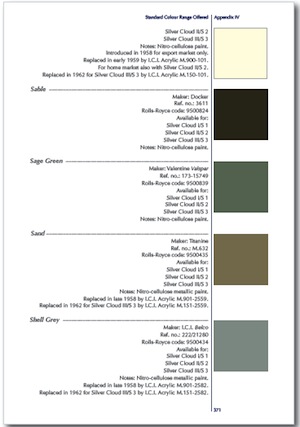 One reason it took Bassoli 12 years to write this book (aside from running the furniture store his grandfather started) is that he did not just read all the existing books and then set about writing a better one. Instead he looked at the car and researched everything in it, on it, behind it, related to it as if it had never been done before. While this is laborious it ensures that the canon is not blindly retold, warts and all, but that every snippet, every data point, every anecdote is evaluated afresh. Notably, his research of primary sources such as the personal papers of Ivan Evernden (Chief Project Engineer of RR’s Experimental Department) and the archive of John Blatchley (Chief Stylist) makes possible a seamless account of the whole of the design and manufacturing processes.

The book takes throughout an unhurried approach to examining everything worth knowing about the model, from the function of each switch on the dash to celebrity owners. Bentley Continentals and coachbuilt models within each series are discussed in separate sections, the latter are further subdivided by design number and include tables of chassis numbers. Almost a quarter of the book is given to 13 appendices that present ancillary material such as sales literature, prices, production and performance specs, color charts, factory options, Radford options, modifications by date and chassis number, cars in movies, unbuilt variants, photo information and more. There is no index. 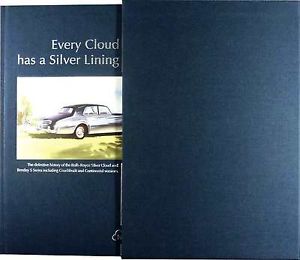 If you are an SC/S aficionado you probably have all the earlier books. Get this new one, take a look at the old ones—and then give them away. Early in his book, Bassoli evokes Henry Royce’s famous dictum of doing something right or not at all. This book did it right, so right that it should henceforth be held up as a standard.

Won the Society of Automotive Historians’ 2014 Nicholas-Joseph Cugnot Award and came 2nd in the Mercedes-Benz Award for the Montagu of Beaulieu Trophy of the Guild of Motoring Writers. 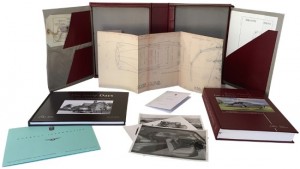 Also available as a Special 60th Anniversary Edition box set limited to 25 numbered copies of this book and The Early Days (ISBN 978-88-909571-3-0, €600) in leather, plus a reproduction of the technical drawing “RBS 1548” issued by Rolls-Royce in March 1955 and initialed by designer John P. Blatchley.

Every Cloud has a Silver Lining