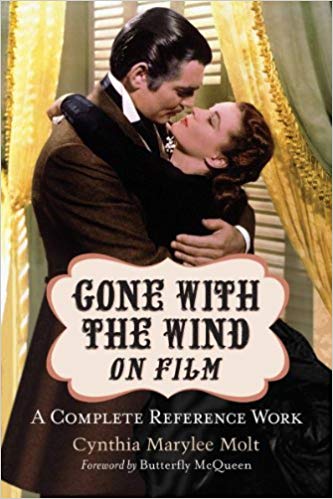 “Complete” says it all. If there is more information about the 1938–39 filming of Margaret Mitchell’s novel by David O. Selznick, the world would be hard put to discover it. And if you were to try to outdo Molt, she has provided you with a 21-page index and a 149-page annotated bibliography to help you along. Curious about: How many costumes Vivian Leigh/Scarlett O’Hara wore throughout the film? How many flounces were on a particular dress? Which scenes were filmed on which back lot? The filmography of Eric Linden who played the soldier whose leg was amputated—without anesthesia!—by Dr. Mead? The name of the company that marketed Scarlett O’Hara Morning Glories seeds? Who was Walter Plunkett and why was his work so important to the success of Gone with the Wind?

Deciding where to begin makes one’s head spin. Its completeness amazes and nonplusses. But as we have to start somewhere, let’s begin with Selznick and Plunkett. Selznick, producer and head of the studio, was hands-on for this film. He demanded authenticity. Scenes were reshot if he felt that authenticity had been compromised. Among the many, many details the production entailed, he took a great interest in the costuming. He wanted the costumes to change, authentically, as the war years and the years of Reconstruction wore on, and he wanted costumes to embody the changes in the status and mood of the characters. What he eschewed was the brand-new and shiny look of costuming that most of the contemporary period films of his era employed. 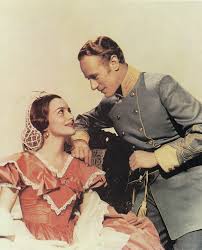 Selznick turned to Plunkett, a man obsessed with the history of fashion. Countless hours he spent on research and design. Authenticity was won, and Molt has convinced us that the costuming all but made for the success and endearment of the film. Weird details emerge. At one point Selznick wanted Plunkett to continue working gratis—and soon after significantly raised his salary. Plunkett’s story, however, is but a wave, although a good-sized one, in the sea of Molt’s facts.

And speaking of obsession, would it be unkind to say that Molt is overly preoccupied with Gone with the Wind? Although this movie is respected and beloved by many, we are unsure who should be buying this book. That it has no illustrations, that it is placed somewhere between scholarship and fixation, that it would be difficult to read cover to cover—all of this may just be too much even for the most devoted fan. That Molt glosses over the horrors of slavery (as does the movie) seems callous. We see the book as both a solid reference on one hand and a very good loo companion on the other. And, you may have noticed, we did not say that we did not give a damn.

Posted Under: Movies | Author: Bill Wolf | No comments yet