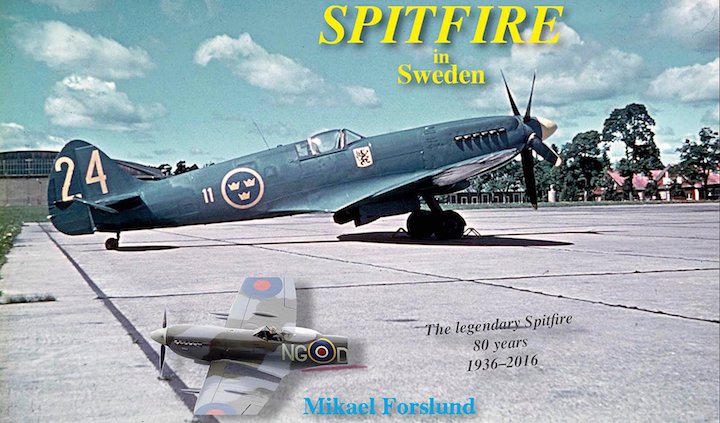 “This photo reconnaissance variant of the Spitfire was, incidentally, the fastest production variant of the legendary Spitfire. It was available in relatively large quantities at RAF Maintenance Units. The aeroplanes had never been issued to operational units, instead being delivered to the RAF and then immediately put into storage. This meant that they were in almost new condition!”

While this book was published in the year of the 80th anniversary of the Spitfire’s first flight in 1936 it wasn’t until 1948 that Spits went into actual operational service in Sweden (‘til 1954), in a recon role. Those aircraft—the unarmed Griffon-powered Mk XIX variant designated S31 (and specifically the Type 390 which had a pressurized cockpit)—and those years are the book’s main focus.

The Sweden-bound Spits have been covered quite well in the literature, certainly by the Swedes, but Forslund (b. 1960), a press photographer by trade with some 20 mostly aviation books to his credit, says he can “amend and update the information currently available.” Unless this niche topic is your bailiwick you’ll just have to believe that he does (and there is no reason to doubt that he does) because the new bits are not called out as such or juxtaposed with anything previously written. If, in fact, you are new to the topic of Swedish WWII and postwar military aviation, the densely packed first 20 pages alone will give you a headache. The sheer variety of aircraft, often significantly modified to suit their operating parameters, and the conditions under which they were supplied to Sweden (which had remained neutral during the war only to find that what should be bonus point turned against it postwar when neutrality under the emerging Cold War conditions was not a real option, especially given its physical proximity to the Soviet Union) make for an enormously complex story.

So let’s just say that this is a worthy subject, a book rich in detail, and richer still in illustrations of which many are new to the record. And then let’s pause for a moment to go a bit off course. This publisher, MMP, is near and dear to kit modellers because their books always contain the sort of detail close-ups and walk-arounds and color profiles and descriptions of markings and paint schemes that are essential to builders wanting to customize their projects. It is by no means required that an author of this type of book be a modeler himself. Forslund is; and he is a modeller’s modeler. Take a look at this photo (the book is, unusual for MMP, in landscape format): not only did he use a clear plastic disk to indicate a spinning prop (a common enough device) but he scratched hash marks on it to get the blurry effect. 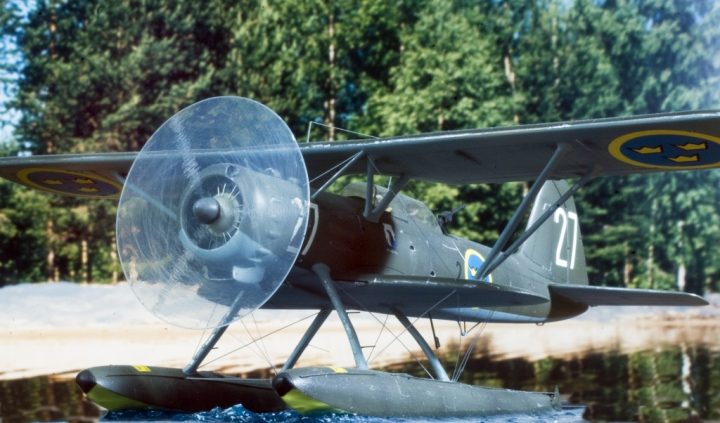 He is also a diorama builder and as other examples of his work illustrate, his eye for detail (note, for instance, the shadows cast by individual pieces) and research is vastly impressive. 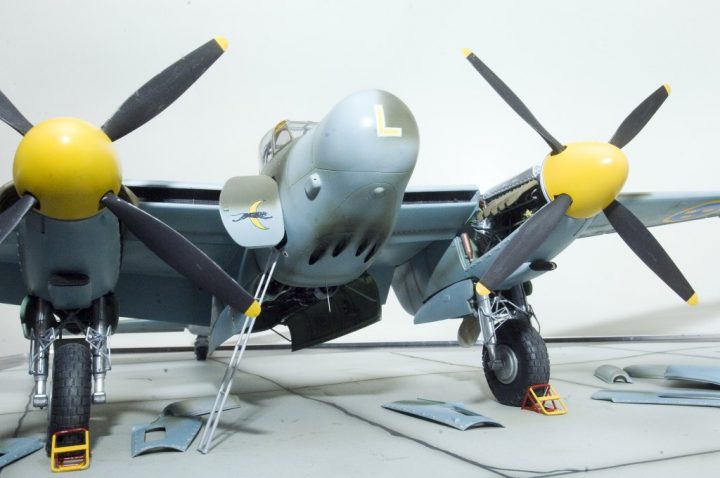 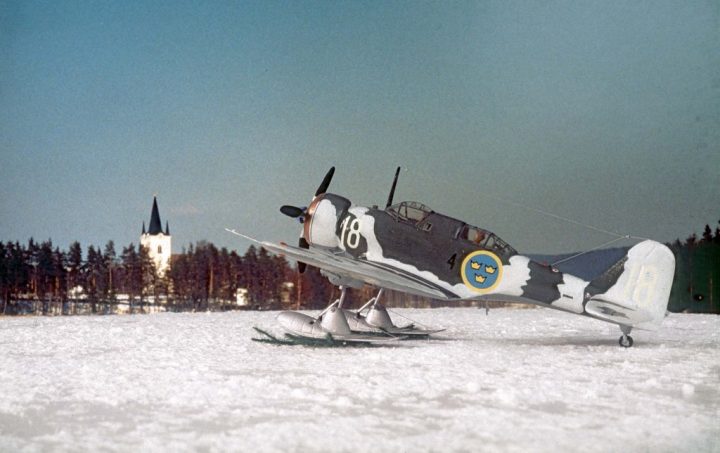 From pilot training to the operational history of the Spits and the wing that fielded them to a map of Swedish air bases, it’s all here. Long story short, you’re in good hands with Forslund. He even devotes a good 30 pages to the museums, air shows, private collections, and ongoing restoration of Swedish Spits.

The color profiles, incidentally, are in 1/40 scale and sticklers for detail will be well pleased to see the gradual changes of the basic paint scheme from British to Swedish “hues” and insignia (with specific reference to the decals by Robert Bergwall’s company, RB Design). There are also three pages of dimensioned b/w GA-type scale drawings in 1/72.

As none these S31s has survived, this book is a fine testament to them.

The Tower of London Prisoner Book »
« Porsche 917: The Undercover Story