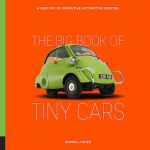 In the US they’ve never amounted to more than a curiosity but in other countries they were legit transportation, and pretty much right from the beginning of the automobile. Nowadays, classics command prices that are anything but tiny and this book discusses over a hundred.

Previously unpublished sketches, studies, and reference photos show two automotive artists and their team at work, thanks to unprecedented access to their archives

You’ve heard it: flying is hours and hours of absolute boredom interspersed by moments of sheer panic. The author has written three dozen books about farm tractors but his heart has always been in the clouds. He earned his pilot’s license half a century ago—plenty long to have picked up a few tales. 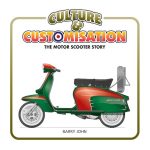 It’s not just nostalgia that keeps interest in scooters alive and well today. They are as practical as ever, economical to operate, take up little space, and now they even have zero-emissions electric motors. Plus, a brand-new racing series debuts this year, the eSkootr Championship.

Have a need to visit  a house shaped like a lemon? Or, more sobering, the Manzanar Internment Camp? Or check if there really are 80,000 hubcaps in the hubcap capital of the world? Heck, that stop counts as a twofer because the 25-ft-tall woman lives here too. Go West, young wo/man!

Will “the future” consider “the car” a mere phase, possibly ill-fated and best forgotten, in the history of man? Your car matters to you—but is there a higher tier that constitutes “cultural heritage”? Why? And which? And what are the consequences of such questions?