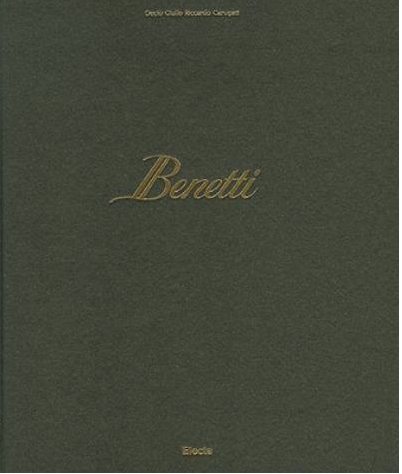 Christmas bonus burning a hole in your pocket? Maybe it’s time for a Benetti—although you’ll probably want to be the person giving, not receiving the bonuses.

Of course you know the adage “If you have to ask the price, you can’t afford it!” so just be mindful that buying the boat is only the beginning. Keeping it crewed or even just berthed at the marina will burn through money real quick.

If it is Italian and in the luxury segment and with a strong if not iconic design component, Decio Carugati has written about it, mostly for this same publisher, and from Azimut, Brionvega, Castelli to Zucchetti easily gone through half the Western alphabet. Well, he also wrote about Samsonite which doesn’t quite fit any of these categories except maybe design.

Of all the Italian luxury brands, Benetti occupies a singularly exalted spot, not only because of its price tags or because it is the only yard to have won Showboats International magazine’s “shipyard number 1” award six times in a row but because a custom megayacht is not just a pretty object but, if you think about it, an answer to some big life/lifestyle questions. Now, it may well be an answer to a question not very many are asking but that doesn’t make it any less sophisticated. If Le Corbusier called a house “a machine for living” consider how much more this applies to a ship that once untethered is self-contained for great stretches of time—unlike a private aircraft or a luxury RV—and must be able to sustain every conceivable aspect of life, from basic need to eccentric indulgence.

The reason Carugati applies his mind to such matters—in the abstract and in the specific—is that he is a culture and design historian and scholar. More relevant to the topic of custom ships is that he is the man behind “Abitare il Mare” (c’mon, you can figure out what this means), a series of design-related conferences and workshops that since 2006 investigate how new materials/technologies, ergonomics, lifestyle trends, and sustainability improve life as we now know it and envision it for the future. A ship—from building it to consuming it—is a veritable microcosm of just this sort of thinking.

This explains what Carugati is about, but not what this book is really about. Unlike his 2008 book Azimut Yachts (ISBN-13: 978-8837045098) about the company that took over Fretelli Benetti in 1985, it is also not specifically about history. It is, fundamentally, a visual primer of Benetti’s signature look and explores more philosophical notions. Several forewords by Azimut and Benetti executives expound brand values and sketch a brief overview of the firm’s founding in 1873, its commercial and custom work, and focus on its standard-setting luxury yachts of the modern era in composite, steel and aluminum that in future will reach up to 90 meters/295 ft (!) in length. (To put this into perspective, a Nimitz-class aircraft carrier is 333 m/1092 ft.)

Opening with a two-spread set of thumbnails of Benetti exteriors from 1964–1999 and 2000–2010, Carugati’s text precedes the visual coverage of 15 ships between 1997 and 2011 on 4–6 pages each that are intermittently broken up by the continuation of the overall narrative. The text, incidentally is printed (in tiny, black type) on heavy gold-colored paper of a different stock than the photos so it’s easy enough to figure out where the story resumes. (Of course, someone could have just used the more conventional method of printing at the end of a section “continued on p. xyz” but conventional is probably the very thing Benetti, and this publisher, abhor.) All of this is further interspersed with three spreads of thumbnails exploring the evolution of lounges, bridges, and master cabins. A closing section presents renderings for future 86- and 90-meter projects. Appended is a table of all Benettis since 1960 with a photo or drawing, name, hull number, length, year.

Each of the 15 photo sections begins with a 2-page spread of the ship (listing its name, length, year, and exterior and interior designer), followed by several pages of detail shots. The photos are uncaptioned and leave it to the reader to find the cues and clues Carugati may have mentioned in the general text. This requirement for audience participation is entirely in keeping with the whole process of commissioning a ship.

Another requirement is a certain tolerance for a sort of gushing anthropomorphism that makes this oversize (13.4 x 11.3˝) book opulent not only in terms of physical qualities. This permeates the first few pages and is culled from the writings of poets from ancient to modern times. It insists that only ships have souls, attributes cosmic significance to the observation that ships have names but planes have numbers, and finds deeper meaning in the colors of the sea. One quote, despite its flourish, is worth reproducing because it really does speak to the essence of the custom ship—once you dissemble it into bite-sized bits: “‘Most ships in legend or fiction,’ wrote Roland Barthes in Mytholgies, ‘are the theme of cherished seclusion, for it is enough to present the ship as the habitat of man, for man immediately to organize there the enjoyment of a round, smooth universe, of which, in addition, a whole nautical morality makes him at once the god, the master and the owner.’ Benetti cruisers embody the exclusive uniqueness of a ‘round, smooth universe,’ making them timeless objects in time.”

You may not realize it but you’ve surely seen a Benetti: the 282-foot yacht owned by the Maximillian Largo character in the 1983 James Bond film Never Say Never Again is the 1980 $100 million Nabila commissioned by real-life billionaire Adnan Kashoggi. In the movie the ship is named The Flying Saucer (the English translation of Disco Volante which was a totally different ship in 1961’s Thunderball movie). She still exists; The Donald sailed her as Trump Princess and today she parts the waves as Kingdom 5KR with Prince Alwaleed bin Talal bin Abdul Aziz al Saud’s name on the registration.