The Automobile and American Life 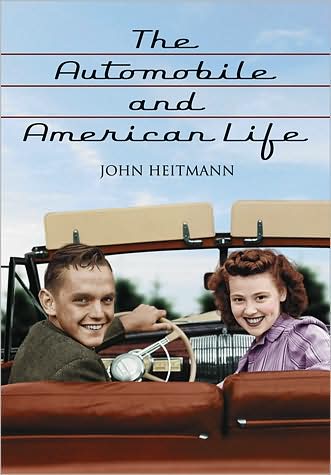 Did you know that the fourth film in the Fast & Furious franchise scored the biggest domestic opening since the Batman movie The Dark Knight, grossing $72.5 million from 3,461 runs largely on the strength of Hispanic moviegoers and younger men? You may consider this peripheral to your life but it is anything but for the larger context that surrounds us all—lest you live alone on an island. And even then it will. Every aspect of the phenomenon that is the car, from how it’s made to how it’s used, reflects and shapes (chicken? egg?) the places it is used in and the people it is used by. From the “food crop vs. fuel crop” debate to dating habits, the existence of the car touches everything. This book takes a stab at sorting through the endless permutations of this relationship.

While the author, a history professor, declares many of the previous books that examine this issue “uncritical, simplistic, and superficial,” his own too has a touch of the latter, not because he doesn’t know whereof he speaks but because he knows that the very readers he tries to reach—his students for one—have a rather abbreviated attention span nowadays. So as not to lose such readers, his book is more a guided tour of the subject than a deep drill-down. Still, the discussion has to start somewhere and this book does raise the game by including the era of the 1980s–present in its reflections. (Even so, there is not even a mention of drifting and its curiously rapid increase in popularity.)

The book looks at examples from film, song, poetry and literature to illustrate how the very fabric of life in America changed in lockstep with the proliferation of the car. You’ll come to see—if you don’t already know it—that everything changed, for better and for worse. You’ll also come to see that with a topic this big, this book is too small. See above: this is not a deep drill-down. But it’ll get you started on, maybe, looking at things a different way. Heitmann is a chemist by trade who then switched to the history of science/technology. He has “proper” car credentials, having had a 1959 MGA for his first car and being the long-time owner of a 1971 Porsche 911 Targa.

The Automobile and American Life

Posted Under: Automobiles, Movies | Author: Charly Baumann | No comments yet