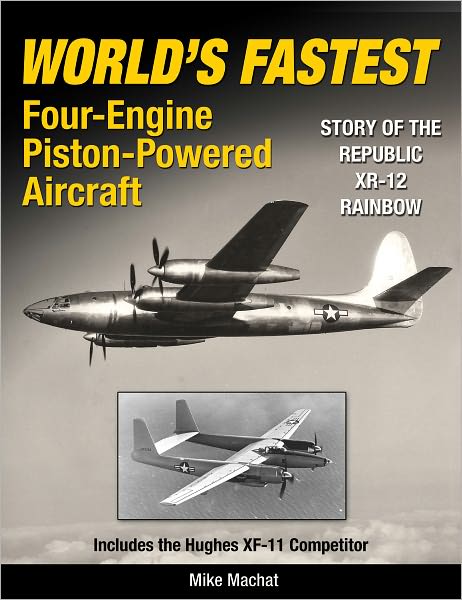 “Had this aircraft flown at a different time, politically and economically, it would have been a legend.”

Car designer George Hildebrand (d. 1983) was not the only automotive professional to be recruited by the aviation industry in the 1940s for his expertise working with compound curves. If you know your American coachbuilders you may recognize the name from his days at LeBaron and Rollston; if you have a modern car you are, surely without realizing it, surrounded by safety features he pioneered in the 1960s as chief designer on the Fairchild-Republic Safety Car Program—airbag, child seat, high impact bumpers etc.

In between these car gigs he spent 32 happy years as a design engineer at Republic Aviation Corporation where he designed all manner of cockpit enclosures—including the distinctive nose of the plane this book is about—and ejection systems and cabin layouts. And, he is the author’s uncle. Mike Machat could have/would have written this book with our without this connection, [a] because he is an aviation guy through and through and [b] because the transitional era from piston to jet power is a favorite topic, but having access to uncle George’s memories and materials obviously is a unique asset.

The all-plexiglass nose of the Rainbow is absolutely critical to the mission of this photo reconnaissance aircraft but the book is obviously about much more than that. The Rainbow’s claim to fame is that it flew higher, faster, and farther than anything else. It fulfilled its mission as planned. Its maker had contracts for civilian airliners in the pocket and the brochures already printed. So why was the program scrapped after only two prototypes? Because the relatively sudden appearance of viable jet engines would made its airline application obsolete quickly (and in the interim airlines could make do with surplus $100,000 turboprops instead of committing $1.5 mio for a Rainbow) and the new jet fighters could outrun even its 450 mph. The right aircraft at the wrong time.

Hildebrand held young Machat “spellbound” not only with his explanations of aerodynamics and design but also with his appreciation of Republic as a company that marched to its own beat. This maker of so many storied military aircraft and the iconic Seabee amphibian had from the top down a different culture than others, a sentiment heartily echoed in the Foreword by retired USAF Colonel Jack Broughton who flew RAC birds for 22 years and led the Thunderbirds demonstration team. He has nothing but praise for Republic, so much so that he wanted to write his own book—if Machat hadn’t written this one.

To set the scene for the Rainbow which was the first purpose-built recon ship, Machat begins with an examination of the importance of aerial reconnaissance gathering all the way back to the balloons and dirigibles of the Civil War, also covering evolving camera equipment and “the fine art of photo interpreting.” The shortcomings of various aircraft that had been adapted to recon use are discussed and the strategic necessity for a long-range aircraft that could reach China and Japan is established.

At this point the other aircraft shown on the cover needs to be mentioned. This Howard Hughes design is here, as in real life, of mostly peripheral interest. Its coverage, on about 20 pages, is only warranted because it did compete with the XF-12 Rainbow for the same production contract and illustrates a different approach. But the program never recovered from the almost-fatal crash of the XF-11 prototype (watch the opening sequence of the 2004 movie The Aviator to refresh your memory) and its much smaller size and totally different airframe would have had no airline application anyway.

Every aspect of the development and 5-year lifespan of the two Rainbows is covered in good detail and illustrated with an excellent selection of images including technical drawings (also for the XF-11), fine art, and—premature—airline advertisements. Comparisons to existing four-engined propliners show just how advanced the Rainbow was. If you do already know about the XF-12, note that Machat, with much too little fanfare, corrects a long-standing fact: the primary cause for the crash of Ship 2 was a fuel leak not an engine explosion. 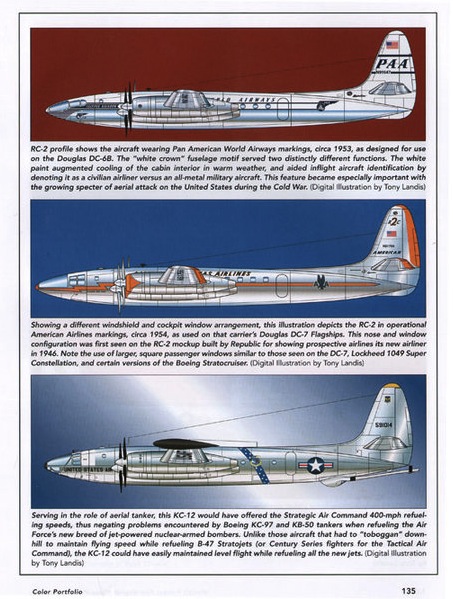 Machat is himself a pilot with a commercial rating and has flown some 200 types which gives him a sensible frame of reference for the quite detailed descriptions of flight behavior of both the Republic and the Hughes aircraft. He is also an aviation artist (in fact was once technical illustrator at McDonnell Douglas and later first president of the American Society of Aviation Artists) and several of his Rainbow renderings are included. Seven drawings of color profiles by Tony Landis show different Rainbow configurations and markings. Bibliography, short but entirely appropriate Index.

An important book about an important plane, and extraordinarily well presented and executed—hardcover, good paper, impressive photo quality and, not least, the quality of the writing itself—and at an absurdly low price.

Hildebrand, incidentally, wrote several useful, and especially in relation to car design, approachable books himself. Even if you don’t have a Duesenberg or a Packard in the garage, read them (and anything at all by Machat)!