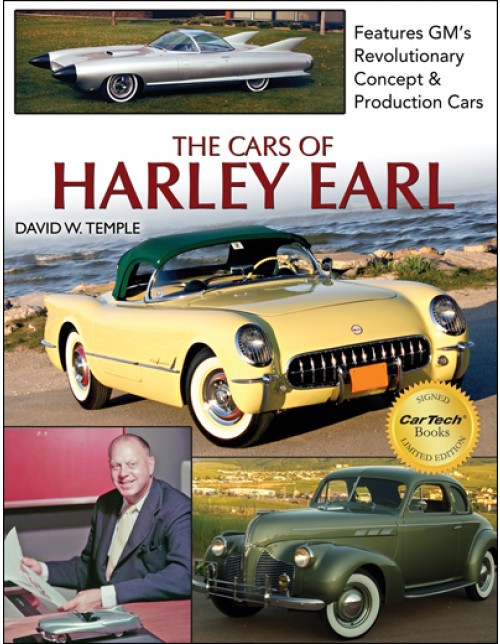 “Mentioning the name of Harley Earl to enthusiasts of GM’s cars today results in at least something beyond a blank stare. That was not true 20 or even 10 years ago. Still, exactly who the man was and what he accomplished remains unclear to many.”

If that is true of the man who not only made GM a style leader but popularized the whole idea of automotive styling for mass-market cars, what chance do his successors as GM Design Chiefs have to be remembered by posterity, such as the newest appointee Michael Simcoe, a 33-year veteran of GM Design who took the reins from Ed Welburn, a GM-er for 44 years who stepped down only this July?

Earl’s 28-year tenure left big shoes to fill—and not because he was a physically large man. His oversize personality and autocratic style only made his towering physique more intimating to lesser mortals but no matter how you slice it, he was The Man. That his abilities and his influence on tens of millions of GM cars and generations of designers—and consumers—should ever have been forgotten is hard to imagine, but author Temple who specializes in GM history of the 1950s and ‘60s in general and Earl in particular has examined the subject long and deep. 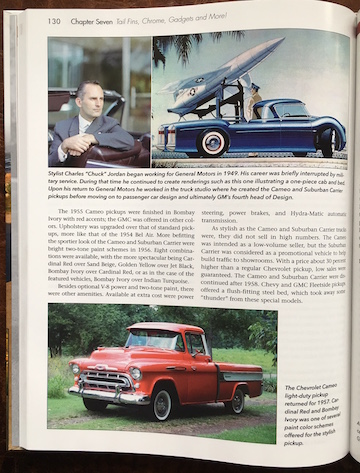 From the child who helped out in his father’s carriage-making business in California to the 17-year-old who scooped up clay after a rain and experimented with car shapes to the man who guided hundreds of professionals into a field of automotive work that had never before existed in that form, Temple offers a detailed and nuanced appraisal that, for instance, is not afraid to also say that Earl towards the end of his GM career (1958) lost his sure touch. (If two fins are good, are three better—the center one reaching back into the rear window, no less? Even Earl the fin master thought better of that and scrapped this 1957 idea for the 1959 model year Buick Limited.)

Speaking of threes, to underscore the scope of Earl’s originality—and independence from corporate “decision-making by committee”—Temple likens him to Walt Disney and Steve Jobs. Even if car design is not a pressing interest, any reader will come to appreciate Earl’s skills as a communicator (he couldn’t draw well and is said to have coined the phrase “A picture is worth a thousand words, but a model is worth a thousand pictures”) and tactically smart operator in the extraordinarily regimented world that was (is?) GM. 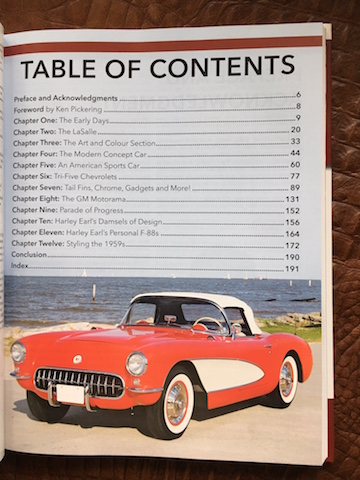 The story is presented chronologically, with excursions into related aspects such as the GM Motorama and the equally unprecedented formation of a cadre of female designers the press would dub “The Damsels of Design.” Assorted sidebars on other people and activities in the world of GM Styling expand the story further still. Practicing designers will of course have many questions about the actual processes (clay modeling, rendering techniques, relationship between Design and Engineering etc., review/approval) and all these topics are considered, if only in passing because the book’s focus is on specific cars and their features. 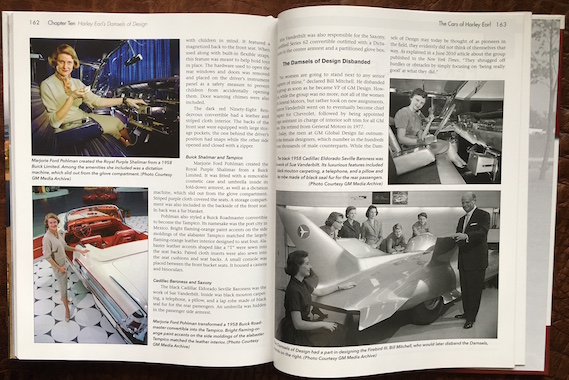 The book is amply illustrated with mostly period photos, mostly of cars but also workshops, and augmented with the occasional design drawing. Of great interest to collectors will be photos of scale models which today are even rarer than the few surviving cars.

For a book on a design icon it is a bit unbecoming to be so bland in the design department: type styles, color, layout are quite uninspired; even the word “flair” suffers the indignity of being misspelled “flare” (p. 185). 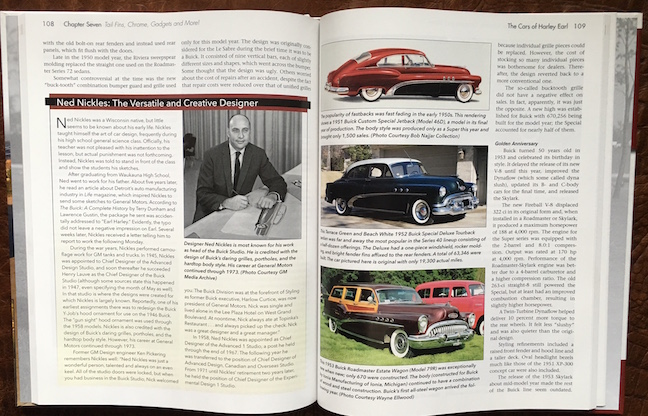 For anyone with an interest in American cars of that era, the book is pretty much an essential acquisition, not least as the low price presents no obstacle, but, really, anyone with an interest in design—and not just cars—will find here a compelling story of the designer’s fundamental dilemma: how to not only extrapolate from today’s trends and predict what people will want in two or three years but guide (goad??) them into anticipating and then embracing it.

The first 100 copies were signed by the author.