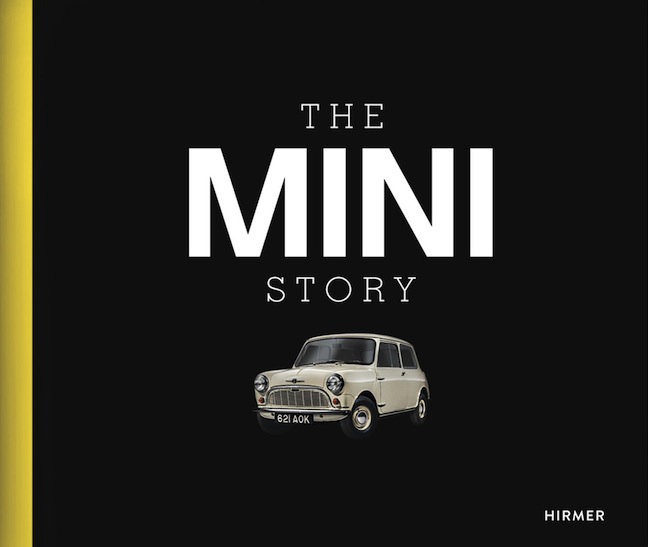 “We forgive this car much that we would not accept from others. You notice this when you are on the road in your MINI and find yourself driving in a way that can only be compared to hara-kiri. The cars behind you would have cut up any other hooligan on the road. But instead, MINI drivers earn a smile and a wave and are given right of way.”

(German, English side by side) This quote by Gabriele Fink, the director of the BMW Museum, may just be a tad too rosy but it does establish that a Mini/MINI (the spelling depends on whether it’s a pre- or post-2001 model) is fundamentally not merely basic transportation.

In recent weeks the world had occasion to remind itself how smart an artist the late musician Davie Bowie was. In 1999, the Mini’s 40th anniversary, he chrome-plated a Mini. Everything. Even the windows. To make the point that the Mini reflects whatever reality surrounds the viewer, as opposed to standing out on its own, for itself and by itself. By comparison, fashion designer Paul Smith’s take was positively generic: 86 vertical stripes in 26 colors. It said everything about him, the “Master of Stripes,” and nothing about the essence of the car.

And the essence of the car is what this book is investigating, specifically: would it have had as much impact on the culture if it had been invented at a different time in a different place? In hindsight, the Swinging Sixties in London seem like the ideal incubator for a hatbox of a car that was pretty much alone in being able to transcend class barriers. The VW Beetle was/is no less an icon but how many captains of industry, pop stars, Royals would have been embarrassed to admit they owned one? Positioning the car in the marketplace is so crucial a factor to the Mini’s success that the first chapter is, in fact, entitled “Identity and Lifestyle” and focuses on period advertising (also considered are movies and other forms of popular culture) and a general survey of the role of the automobile in British society.

Having made a case for the Mini’s “philosophy,” the book returns to the other topics a car book will be expected to cover: a history of the model and its maker/s (in the Mini’s case this means a mini bio of Alec Issigonis), motorsports, design/technical matters, and variants (including even such exotica as the “orange on wheels” for citrus company Outspan or the Trufelli ice cream van). The latter three chapters are by no means calibrated towards the marque expert but give just enough detail to round out the story. A closing chapter, “Gallery,” makes up almost a third of the book and offers a loosely chronological parade of Minis through the ages including unusual models and concept cars.

Obligatory pun: for a small car, this is one big book—landscape format, almost 13 x 11″. Braun became curator at the BMW Museum when it reopened in 2008 so he has access to all sorts of material that enrich this book—especially considering that it is published in cooperation with BMW and related to an exhibition at the museum. Some of the imagery is new to the record, especially for the modern car, with commissioned photography by Erik Chmil (Germany) and drawings from the MINI Design Studios.

Printing, paper, and design elevate the book and justify the not inconsiderable price.