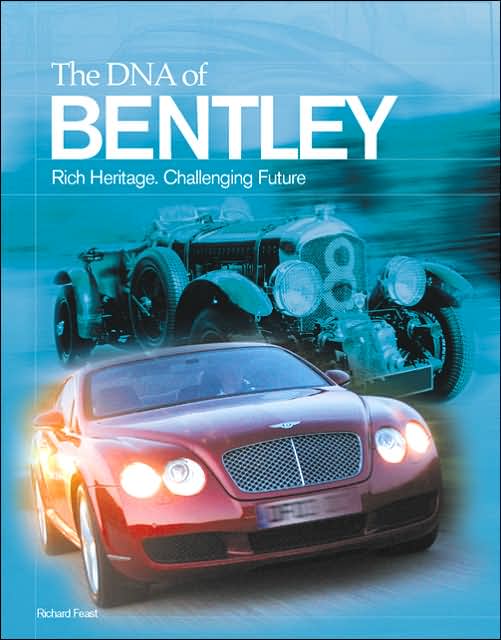 Feast’s second book on the subject of Rolls-Royce/Bentley is thematically not entirely unrelated to his previous one, Kidnap of the Flying Lady. This time around, the core topic is if and how well Volkswagen AG—the German automaker that in 1999 acquired the marques at auction from Vickers plc and added it to its stable of nameplates—understood, interpreted, and applied whatever quintessence quality it is that makes a Bentley a Bentley.

Looking at this particular book in the context of the contemporary Bentley literature it can be said right away that Feast is connecting the dots in a fresh way. All along the worry among marque enthusiasts, and industry observers in general, had been how good a steward a German—or, for that matter, any non-British—owner could possibly be for this most British marque. In the same breath should have followed—but didn’t—the obvious observation, read criticism, that the previous custodian of the brand—Rolls-Royce Motor Cars—has done less for Bentley in over 70 years of tortured history than VW has done in the five years preceding the publication of this book! If anything should be a surprise it is that the Bentley identity—as opposed to merely an empty name—survived at all during those decades of benign or willful neglect, if not in actual product at least in spirit. That VW has been able to do better than its predecessors is undeniably linked to its deep pockets but it is just as much, if not more so, because VW was willing to do better by entertaining a fundamentally different appraisal of Bentley’s character than Rolls-Royce ever accorded.

Feast, a journalist, interviewed the still living designers from the olden days as well as current company personnel. This book is not retelling the Bentley saga blow by blow but rather focuses on only those aspects that are relevant to the core question. The 1970s to 1980s—Bentley’s darkest years—are sharply abbreviated whereas the topics of company founder W.O. Bentley, Le Mans racing, and the famous Bentley Continental R of the 1950s and its successors are treated extensively. (The latter is singled out as being Rolls-Royce’s sole attempt at building a true Bentley as opposed to a Bentley-badged clone of a Rolls-Royce model.)

Throughout, the crisply told story advances in large strides, so large that the novice reader may well want to consult other books to fill in important details. In terms of illustrations there are several noteworthy gems: some drawings and prototype photos from R-R Chief Designer John Blatchley’s personal archive, and the not often seen concepts of designers Heffernan/Greenley for the 1990s cars, and modern-day Bentley designer Raul Pires’ drawings for the current Continental GT.

One chapter deals with the aforementioned auction and its background and aftermath. The usual caveat applies: while there is at least one new tidbit in this account, the full story will remain embargoed for forty years after 19998/99.

A nice touch: prices are given in dollars and pound sterling and old amounts are “converted” into current ones. Index.