A History of McLaren Engines, Inc. and its Successors 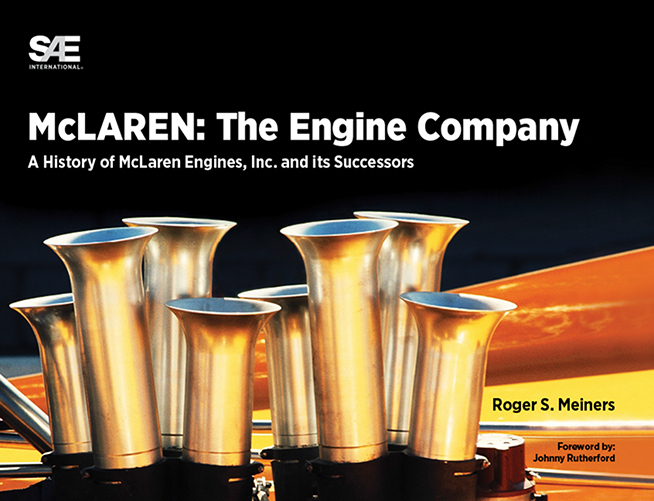 The very word “McLaren” conjures up thoughts of New Zealand-born-and-raised driver/engineer Bruce McLaren who went on, in so many ways, to be a citizen of the globe with the subsequent companies and teams bearing his surname. Various iterations, especially of those businesses, have continued long after the racing accident that claimed the founder’s life. There is every likelihood that most reading these words are unaware of the multiplicity of different company names that have, over the decades, contained the word McLaren.

Depending upon when you first became aware of “McLaren,” you may think of it as an American (Michigan) or a British (UK) firm. Adding to the muddle is that sometimes multiple companies that had McLaren as part of their name were just as often operating simultaneously, even to sharing in kind some of their officers. As one example, mid-1980s companies McLaren International, ASC-McLaren, and McLaren Engines all existed and operated in the exact same timeframe. So, is it any wonder that the average enthusiast saw/heard just the one word: McLaren!

This (SAE) Society of Automotive Engineers-published book, McLaren: The Engine Company, authoritatively covers, untangles, and delineates the entire history of the various McLarens from the middle-1960s to current day. Its author, Roger S. Meiners, was and is a true insider. He has been part of all the various McLaren companies since 1980, sometimes as an employee, other times as a consultant. Additionally Meiners is also an enthusiast as he amateur road races vintage car(s). He is also a published automotive writer/photographer with a law degree which no doubt has a bearing on his sagacity and ability to write clearly.

McLaren: The Engine Company is just right for the reader wanting technical information presented in the context of the more general company history bound into a well-illustrated, comprehensively and, as said, clearly worded book. Chapters are grouped into sections that are generally in chronological order.

Following the chronological sections are topic-specific chapters dealing with the other companies that incorporated McLaren in their names such as ASC-McLaren, McLaren International, etc. Meiners tracks, traces and shares many, if not all, of the other ventures and projects. To name a few: there was a period, 1980s into the 1990s, when McLaren built engines for some special GM vehicles that were used exclusively as PPG pace cars. Then, teamed with O’Gara-Hess & Eisenhardt, they built armored limos and SUVs for use in “unstable parts of the world.” The McLaren story encompasses a wide array of vehicles, experiences, racing series, and years. From ‘60s Grand Prix to ‘70s Can-Am, various of the Formulas, Indy/Cart, NASCAR and more were powered with McLaren-engineered motors based on Chevrolets, Cosworths, Buicks, Cadillacs, Saleens to Vipers.

Then there was an involvement with ASHA, a Santa Barbara company established by Alain Clénet, the very same Clénet who made the kit-car automobiles bearing his surname. ASHA had a patented all-wheel drive system with hydro-mechanical type limited-slip differentials that it called Gerodisc. McLaren subsequently licensed use of the technology to a variety of other companies. And as the book ends McLaren itself became a part of Canadian-based Linamar Corporation so now operates as Linamar’s McLaren Engineering meaning the complete history of McLaren is still being created just waiting to be chronicled.

The oversized landscape format chosen by SAE for this book is a bit mystifying given that virtually none of the nearly 200 images truly benefit from the format even as it made the book more costly to produce. Most photos are ones that present very well on more traditionally sized pages which then would have made purchase of the book a bit kinder to a buyer’s wallet. The size/format does, however, permit a truly dramatic cover image!

The SAE-published McLaren: The Engine Company, A History of McLaren Engines, Inc. and its Successors, with all of its resources, staff and prior publishing experiences, surprisingly contains typographic “oopses.” While there is an Index it can accurately be described as rudimentary for if there is a listing it doesn’t include every page where information regarding that listing appears and many significant ones, which should be part of the Index, are simply not there.

The book does include Appendices but I found myself wishing one of them had been a timeline of the various McLaren companies showing the specific name of each as well as the dates of its existence. Such would have facilitated keeping the various McLaren companies sorted out. I’ve made a note to attempt to create one when I reread this book as surely will happen one day.

A History of McLaren Engines, Inc. and its Successors

A History of Auto Racing in New England »
« John Z, the DeLorean, and Me: Tales from an Insider