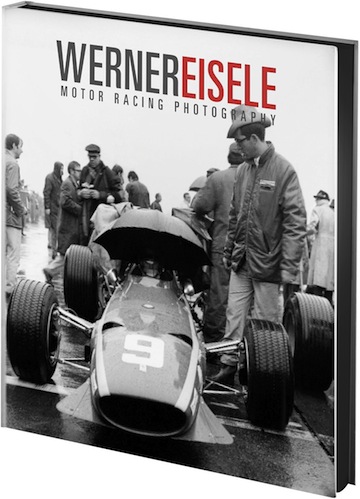 (German, English) If we did silly things like Top 10 or “Best Of” lists, this book would be on it because of its extraordinary design. The content is of course strong too but if you know German automobile photographer Eisele’s work, that is a foregone conclusion.

Tilt the book cover this way and that and a checkered flag motif that is not apparent in a straight-on view becomes visible. Back cover too. Sort of like ghosted flames. The title is debossed. The edges are done in rubber black. The book is big. Heavy. Limited. Autographed. Premium art paper. Clever design.

It may become available in the US via Amazon. Hopefully sooner rather than later; Eisele’s first two books (Cars and Girls, 2007; Formel 1 Legenden, 2013) are sold out and only 3500 copies of this one are making the rounds.

Growing up in post-WW II Germany, cars and racing fascinated young Eisele, so much so that he once faked his way onto nearby Porsche’s lot by pretending to deliver his “uncle’s” forgotten lunch box. Another time he borrowed his mom’s bicycle to attend a race at the Nürburgring—a three-day trip each way. All this just to get near the cars and the action. He even tried his hand at racing but traded the steering wheel for the camera which would bring him to the attention of Porsche once more—but this time legitimately. Racing chief Huschke von Hanstein saw his photos and hired the young man as a works photographer.

Now in his seventies, Eisele has a large body of work under his belt, and this book is sort of a highlight reel. All throughout the 1950s and ‘60s motorsports journalists and photographers had unfettered access to the circuits and the action, often enough traveling with the teams and certainly socializing with them. And while Eisele is by no means alone in being able to get up close and personal, 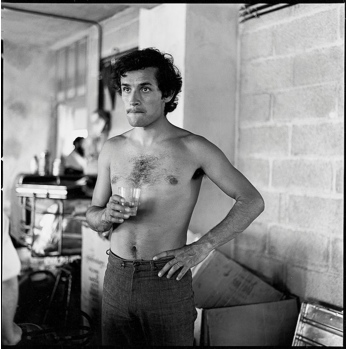 the quality or candor of his photos is very much a result of very real friendships and shared and common experiences. Belgian driver Jacky Ickx (l) for instance counts himself a long-time friend and therefore wrote a lovely Foreword to the book and quite a few people contributed quotes.

Anyone who follows racing history knows that those years were marked by devastating carnage on the track and this too served to form a special bond among the racing community. When another friend, Jim Clark, fatally crashed in 1968, Eisele was not the only photographer who had happened to set up his camera near that spot and came running to his rescue but it was he who tore into the souvenir hunters to retrieve the shattered bits of race car they were making off with. The photo of the crashed Lotus is in the book; the photos of the lifeless Clark were confiscated by the British authorities and never returned to Eisele.

Driver James Hunt introduced Eisele to his first whisky; this proximity to the principals lends weight to a comment Eisele makes in regard to the movie Rush, refuting the antagonistic relationship between Hunt and Niki Lauda that is at the core of a movie that is so highly praised for its accuracy: they were “not enemies but ‘invisible friends,’ (invisible = unsichtbar in German, in the sense of “away from the public eye”) with Lauda looking out for Hunt to keep his smoking and drinking in check.” 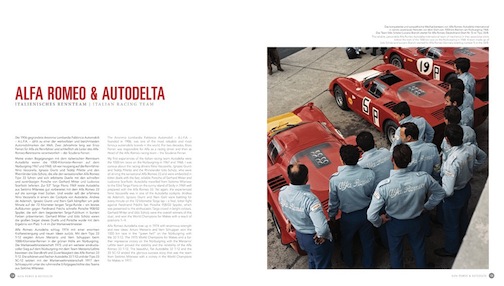 The book is divided into 42 “sections” of which 38 bear the names of prominent personalities in the racing world, from the obvious (drivers) to the peripheral (Princess Grace of Monaco) presented in no discernible order. While all these named folk make an appearance in “their” sections, a whole lot of other people do too. The captions are quite specific but there is no Index. Readers curious about the mechanics of photography should know that neither the main text nor the Catalogue of Works at the end of the book say anything about cameras, film, or settings etc. One section each deal with the Ferrari and Alfa Romeo works teams, another one covers Eisele’s work as a set photographer at Zandvort on the movie Grand Prix, and one gives a nod to his photographer son Dino (showing a few examples of Dino’s work [see bottom] which makes for an interesting comparison). 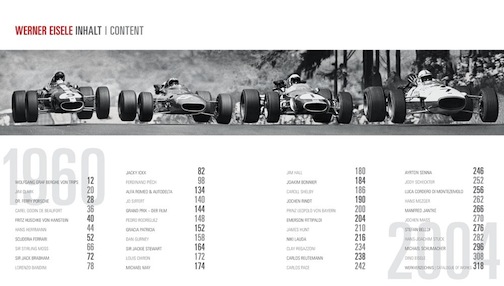 All sections begin with an introductory text by Eisele, followed by pages pf photos (trackside in period but also modern-day events such as Goodwood Festival of Speed, Monterey Historics etc.; some studio shots). Readers with a keen eye will notice that certain parts in certain photos were surely manipulated in the digital domain in some way to enhance contrast and depth of field (plumes of tire smoke/dust, sheen on rubber etc.). Both of these parameters are already amped up simply because the physical size of the book exaggerates them (11.5 x 13″ which means some images are as wide as 23″). A few photos also have certain elements colorized for dramatic effect, entirely legitimate in a book that is less about the photo as a documentary artifact than fine art. 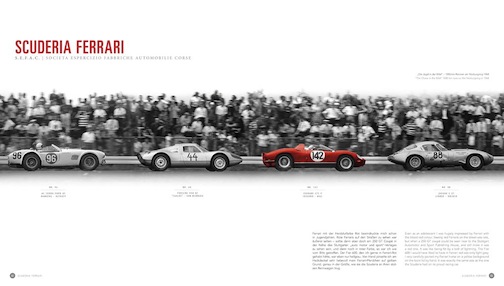 Art, ultimately, is why this book exists at all: Eisele is the featured artist at working art gallery in Stuttgart and the gallery is the publisher of record and its proprietor Jürgen Preuß the book’s co-creator. 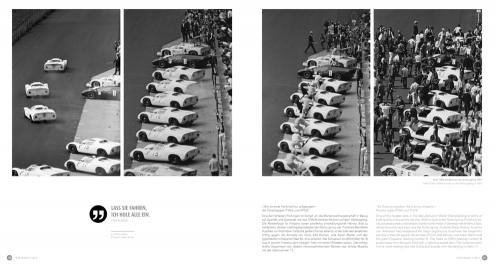 Everything in this book bespeaks attention to detail, and one always wants to assume the best . . . which is why one struggles to explain why the four panels of the 1967 Nürburgring start (p. 120/21) are shown in reverse sequence (above)? This seems too obvious to be a mistake, so why not share with the reader the thinking behind such a drastic choice?

The English translation is quite elegant but there are slip-ups such as when “hundreds of seconds” should have been “hundreds of a second”—a world of difference on the track! There are very few typos but one that must really grind is getting the name of the man Eisele considers “a fatherly friend” wrong, Huschke von Hahnstein (p. 121). 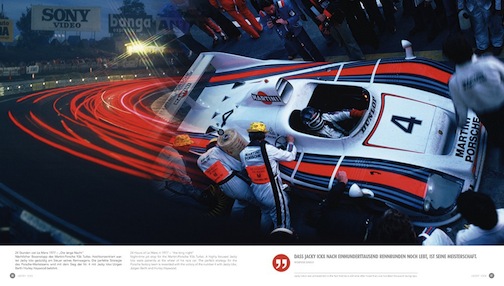 By the time you finished reading this review, someone else may have already beat you to it and bought their copy. Run, don’t walk! 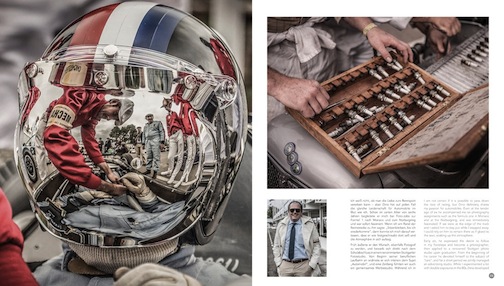 Selling the American Muscle Car: Marketing Detroit Iron in the ’60s and ’70s »
« Mustang by Design