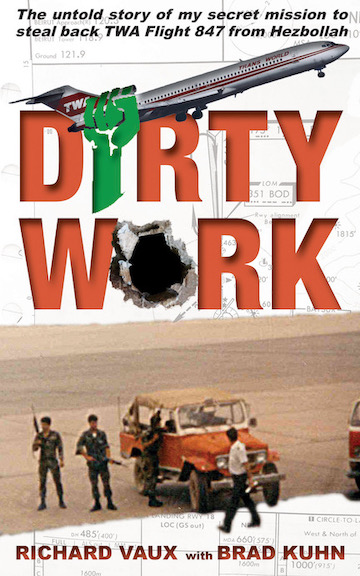 Author Richard Vaux joined Trans World Airlines in 1964. Over the next 30 years he would fly tens of thousands of passengers all over the world. But one event in 1985 was so unusual it warranted being told in writing and then being published. And it’s a page-turner.

In June of 1985 terrorists hijacked TWA flight 847. After flying several back and forths in the Middle East, the Boeing 727-200 was parked at the Beirut airport. And there it sat, stripped of its interior and bearing anti-American graffiti, for two months. 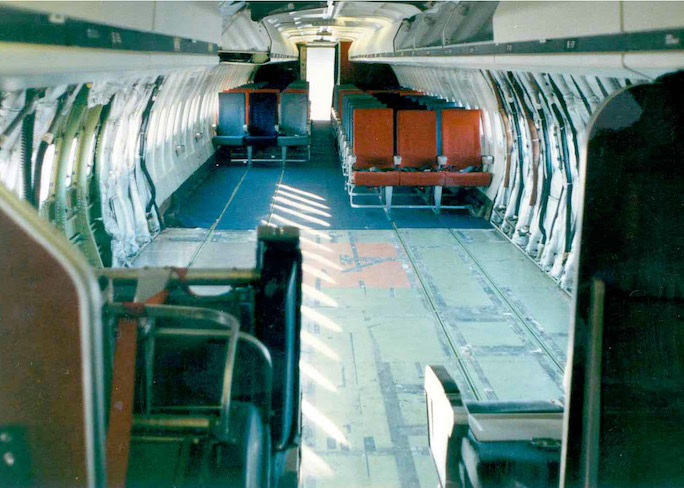 One day Vaux’s employers called him in. They had a most unusual request/assignment for him. He, along with a co-pilot and flight engineer, were to go to Beirut and reclaim the hijacked airplane and fly it back to the US! TWA officials had no sure information regarding whether the plane was still flyable. Nor did anyone know for sure whether it might have been wired to explode in flight. Not to mention there was always the risk of the plane being attacked on the ground by one or the other of the rival militias who were known to pass the time shooting at each other across the tarmac.

Prior to calling Vaux and his crew, TWA execs had been involved in negotiations between their company, the US State Department, Lebanese officials, Hezbollah, and other terrorist organizations. Still, there were no guarantees. There was little time for Vaux to really think or contemplate possible consequences. And, of course, if they accepted the assignment, the three could not talk to anyone about it; not family or friends—no one at all. Because it was a secret mission, his then 14-year old son Glenn recalls his dad saying to him, “I’m going overseas and I can’t tell you more than that. If anything happens to me and I don’t return, just remember that I wanted to do it.” 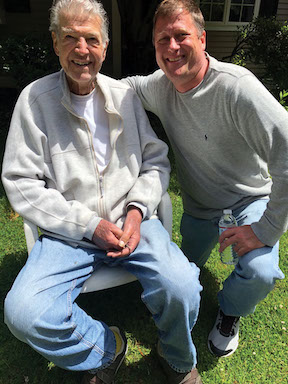 For a number of years, Vaux had been trying to write the story of what was likely the most exciting and at the same time terrorizing event of his life, one he was fortunate to come out of alive. It took collaborating with Brad Kuhn to at last bring the project to fruition.

Kuhn is a professional writer. While he makes his living mainly as a ghostwriter, he was happy to share credited authorship with Vaux. He also served as researcher and fact checker “corroborating finer details, based on contemporary accounts, historical records and the recollections of others who had a hand in planning the mission” before deftly weaving Vaux’s words together to tell the tale in a manner that reflects the tension of the actual events as Vaux experienced them. Kuhn thinks the story has such drama and currency that there might be a potential for it to one day become a made-for-television feature (this time a more accurate version than the 1988 The Taking of Flight 847: The Uli Derickson Story or the 1986 action movie The Delta Force).

As books go, this one was a quick read—even for someone like me who doesn’t regularly read books. I couldn’t be diverted from finishing it all the way to the end once I’d begun reading.

Not until near the end do readers learn just how fortunate Vaux really was during the flight out of Beirut. No, the various terrorist factions weren’t shooting across the tarmac or runway during the plane’s taxi or take-off. Rather they had wanted and hoped to make the plane drop out of the sky. But you must read until the last chapter to find out just how close a call Vaux and his crewmates really had on that August day of 1985.

The publication of the book was bittersweet because its release practically coincided with Vaux’s death from congestive heart failure at age 85. In life Vaux had a reputation as a storyteller par excellence. He’s surely told his greatest story in Dirty Work, now printed for posterity. 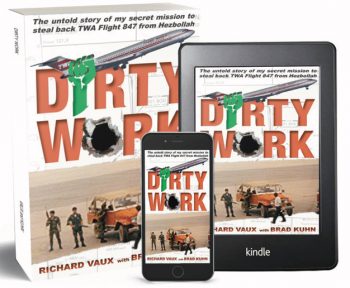 Of note to purchasers of this book: the print version is print-on-demand and thus, to control costs and subsequent sales price, all images are black and white. The Kindle version has images in color as you see them above.

Adapted from his review published in Avanti Magazine which he edits; expanded significantly for SpeedReaders.info.

111 pages, Kindle has 3 b/w and 24 color images, in print editions all are b/w, bibliography but no index, softcover

Posted Under: Aviation, Civilian | Author: Other | No comments yet

Concours Retrospective »
« Ferraris in Australia in the 1950s and 1960s