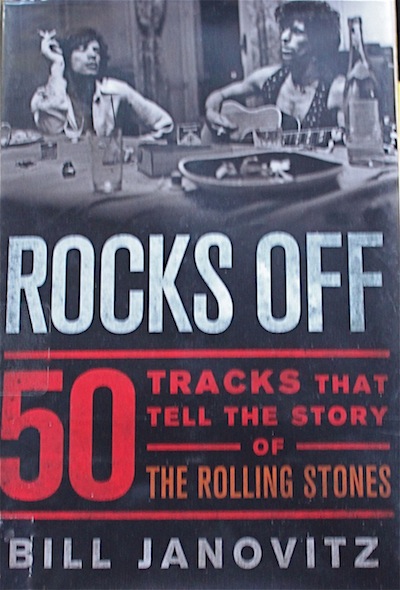 Janovitz is a competent if not a spectacular essayist—each entry for each chosen song is a brief essay, but he gets the job done. There are hundreds of books on the Rolling Stones, some much better than this one, many worse. Sorting through the Stones discography is not necessarily an easy task. To shake the tree for fifty out of well over 300 titles, and to do this while avoiding the obvious is tough. It is not wrong, then, to say that Janovitz takes the easier path; there are few surprises here; for the most part, he opts for the familiar. Exceptions? Time Waits for No One, Sway, and Biggest Mistake would not immediately come to mind for casual fans or Top 40 listeners. To be fair, though, how can one not include (I Can’t Get No) Satisfaction? You Can’t Always Get What You Want? Angie? Miss You? How can one serve up yet one more rehash of such classics and make them seem brand new and exceedingly fresh?

Keeping in mind that the intent of the author is not just to analyze and opinionate on each of his “top fifty,” but to also retell the story of the band (the sequence of songs is chronological as to recording and/or release dates, and this information is given as a header for each of the essays), and using this as a illustrative example for the entirety of the book, let’s take a look at Satisfaction: Janovitz begins by retelling the famous filling station “pissing incident” of 1965, the year of the song’s creation and release, and then he retells the “well-told creation myth”—Keith Richards waking up to record the famous riff to record it then going back to sleep. (There are considerable retellings throughout Rocks Off; Janovitz seems to rely heavily on Richards’ Life.) The history of the recording sessions for the song, along with their then producer, Andrew Loog Oldham’s input (think Beatles and Brian Epstein) is woven throughout the text. Besides being a rock journalist, Janovitz is a recorded singer and guitarist, and this gives him the chops to do what he does best, breaking down sections of each recording by time, offering details and revealing bits that most listeners would have never noticed. Did you know that when listening to Satisfaction, “you can actually hear the fuzz pedal click back on when the riff re-enters at 0:35 and again at 1:36, where it was late coming in, missing the first four notes of the riff”? 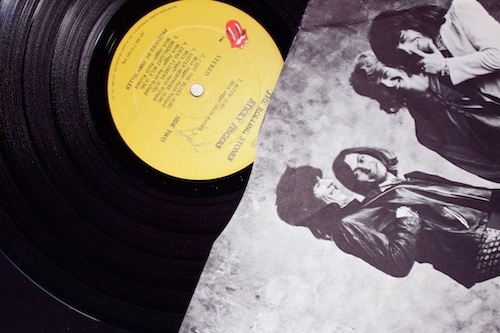 Many of the fifty songs presented here use this device to some degree, and this has the effect of inviting the reader to grab a set of good headphones to listen for such peculiarities. Details of recording sessions, equipment and instruments used, and studio innovations also may spark interest. Because of this, for some readers, the book may prove to be a bit more costly than its $25.99 suggested retail price. If you are still buying CDs, you may be prompted to add to your collection, to buy a Stones CD that you may have overlooked. If you have entered the twenty-first century, you may end up downloading a batch of songs from your Amazon or iTunes account. In my case, I did the latter, buying a handful of tunes that I had not yet owned, and, perhaps ironically, my favorite is the original, Valentinos’ version of It’s All Over Now. 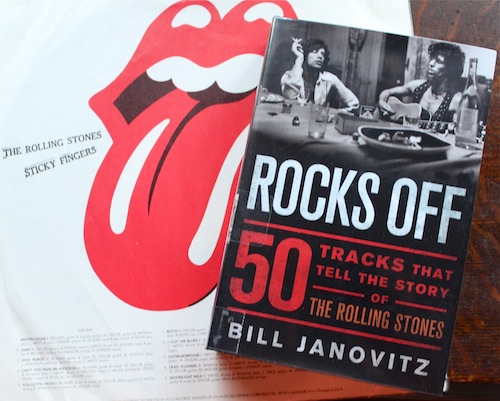 50 Tracks That Tell the Story of The Rolling Stones