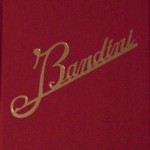 Once upon a time motor racing was purely a man’s sport. With rare exceptions, women weren’t allowed near the cars during the race. In photos from the ’30s it’s always raining and cold, and the men in the pits, invariably clad in long overcoats and ties, all seem to resemble Humphrey Bogart or Alfred Neubauer.

Ferrari racing cars and races of the 1950s and 1960s, described by the man who competed in them.

This biography consists of two books, this 344-page text version with only 40 photos and a second volume consisting of several hundred photographs with relevant captions. Argetsinger has written a remarkable and fitting tribute to one of America’s greatest race drivers. 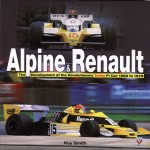 Neither Alpine nor Renault seem likely candidates for developoing the first turbocharged Grand Prix car. Finally there is proper book to tell the story of the people and ides behind it. 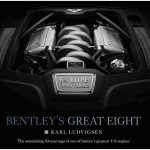 A mighty engine of uncommon longevity, dissected here with customary Ludvigsen attention to detail. But why is it a Bentley and not a Rolls-Royce unit? That’s a whole other story.

This seemingly cost-no-object book is betting that its target audience is astute enough to appreciate great photography, outstanding layout, superb photo selection and willing enough to chuck out $125 for the privilege of ownership.

Enrico Nardi would probably be amused at the attention he continues to receive some 43 years after his death in 1966. More at home in the shop than in social situations, money, fame, or gold watches did not impress him much.