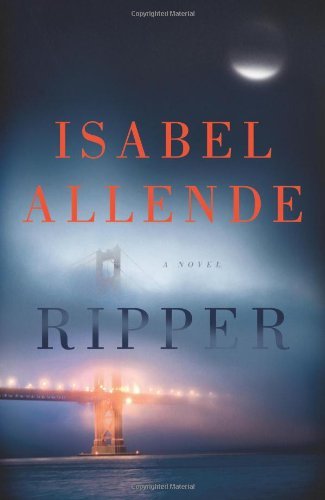 Speedreaders.info has given strong praise to the American mystery writer Elizabeth George, and the praise is merited. If one had to choose the best writer now working in the mystery / detection / procedural genre, George would get our vote. But recently we came across Isabel Allende’s Ripper, her first venture into the world of mayhem and murder. Even considering that George has long practice, has built a formidable reputation, and has been at it for over twenty-five years, creating and developing her characters and her milieu, and that Allende is new at the game—Ripper in many ways outshines the best of George. 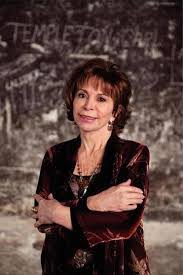 This is because while George was deep into the criminology of her very British Sergeant Barbara Havers and Detective Inspector Thomas Lynley, Allende had been writing serious fiction. Her first novel, much acclaimed, The House of the Spirits, was published in 1982. At 74 she has over a dozen books behind her, books dealing imaginatively and sympathetically with such themes as love, history, prostitution, inter-racial politics, inter-racial marriage, and the seemingly unflagging strength of womankind. It is not all that surprising that Allende has attempted a mystery. In 2005 she wrote a 382 page retelling of Zorro, and even while not shying away from fantastic derring-do, she created a very plausible history of the masked avenger, a history with a cast of believable and complex characters.

And so it is in Ripper. Allende has crafted characters that you may or may not want to know, but people who remain somehow true and real even in these contrived situations such literature almost always demands. We have a bow to Nancy Drew—a precocious teen, Amanda, who along with her grandfather and a group of on-line friends, is instrumental in tracking down the serial killer. Her father is the chief detective on the case. We have a retired one-legged Navy SEAL, a holistic healer, a (maybe) clairvoyant and a thoroughly evil cross-dressing villain. The climax does veer to the implausible, and, as it is in the best of crime tradition, the confrontation between the SEAL and the murderer happens in a dark, eerie, subterranean hideout. When the adventure is over, and along with at least one surprising death, we get a wrap-up of all of those involved. Allende, perhaps with tongue-in-cheek, has worked within the conventions of the genre while maintaining her skill as an accomplished novelist. Our guess is that she will not continue writing mystery books, that she will return to her more traditional work, but that does not inhibit our satisfaction and enjoyment of this book. A must for Allende’s readers—and we strongly recommend it to all enthusiasts of crime fiction.