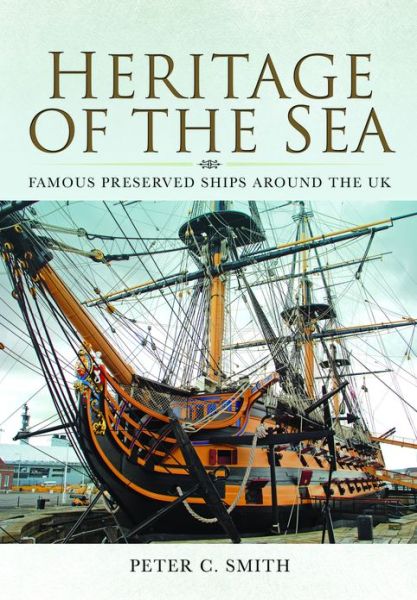 “That this tiny island race could have developed into the greatest world empire ever known was due exclusively to the dominance of the sea which was exercised between the seventeenth and early twentieth centuries. That dominance was abandoned by uncomprehending politicians in the 1920s . . .”

From Norfolk trading wherry to submarine, and record-setting ketch to all manner of warships ancient and modern, this book presents a selection of 48 of the more illustrious or representative examples of Britain’s seafaring acumen.

It is immensely satisfying for an author to see a book of his reprinted some 40 years after the first release, even for one who has written six dozen other ones since, from cruise ships to the Japanese Zero fighter. Smith’s boyhood ambition had been to go to sea but poor eyesight resulted in his being rejected twice for recruitment into the Navy and so he turned his attention to writing about it instead.

When first published, the book’s aim was to draw attention to the sorry state of preservation of worthy vessels. Forty years later, matters have only gotten worse and some of the ships included in the 1974 edition have since been scrapped. This new edition thus substitutes those vessels, makes some corrections and updates, and adds a number of new photos to the record. The order in which the 48 ships are presented remains unexplained. They are listed by name on the Table of Contents but not by type (there is also no Index) or, say, year of construction which means a directed search or gaining an organic understanding of maritime evolution are fruitless unless you already know which ship did what.

Accompanied by several photos each individual description takes up a number of pages (except for the 13 ships listed in the closing chapter “Other Preserved Vessels” which are covered in just a few words each and no photos) and summarizes the ship’s claim to fame or place in history as well as its service life and pertinent details about its restoration or preservation. In most cases the respective ship’s current location is stated somewhere in the text but not in a uniform manner and sometimes by name only. Even UK residents, let alone foreigners, can hardly be expected to know where these places actually are! In this, and many other regards, the book is not wholly user-friendly which weakens the very goal it seeks to accomplish: give readers motivation to visit the ships. For the armchair traveler who only wants to let the imagination wander, the book works just fine, offering a colorful if haphazard look at Britain’s sea-going distant and more recent past.

Ford, Henry [Three books about_] »
« Spitfire Aces of Burma and the Pacific