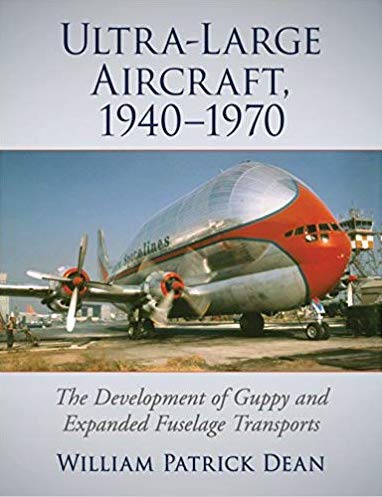 “Conventional aircraft engineering theory limited fuselage diameter relative to wingspan and power plants. Aircraft were designed with a small fuselage and large wings. The focus was to transport multiple small cargo items instead of a single outsize item.”

Shooting a man to the moon required a big rocket and that required big parts and those parts had to get from A to B. And that’s why NASA operates a Guppy to this day, more than 50 years after the type entered service.

The cover shows a Guppy and the title mentions it, but this book is really about the guppy (lowercase) class of aircraft. The uppercase Guppy built by Aero Spacelines and then UTA in various configurations—Pregnant Guppy, Mini Guppy, the never-built 12-engine Colossal Guppy etc.— was the poster child for this type of special-use, purpose-built “expanded fuselage” supersized cargo aircraft, and a really quite heroic achievement because it went against most everything aerodynamicists knew. Barely 30 years earlier, it was thought that technology had reached its limit, and therefore aircraft size and load-hauling capability had reached their limit, and everything else was so much science fiction. 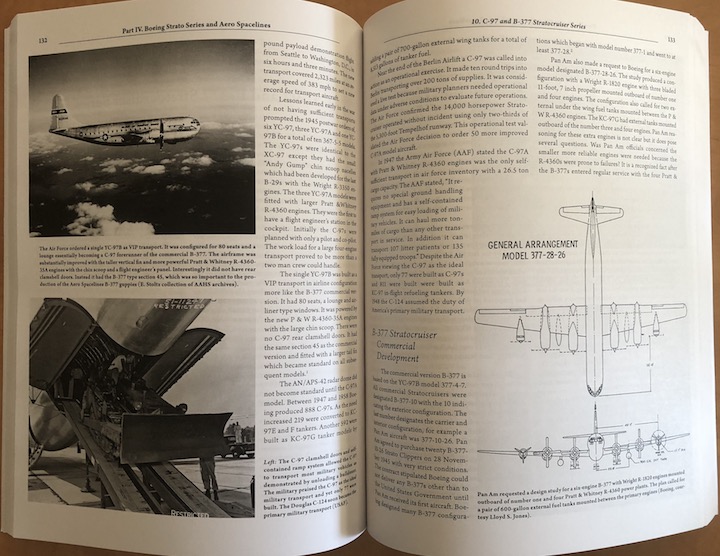 A man dear to author Dean’s heart, Jack Conroy (“not widely recognized for his achievements in American aviation”), is the one who threw out the rule book and he does get his due here. Dean is working on a book just about him. Someone of much less import but more tantalizing is—Jimmy Hoffa, the Mobster, the shadiest of the many shady figures that play a role in this story early on.

It can only help to know that Dean is firmly grounded in aviation as a mechanic on big birds, first in the Air Force and then civilian airliners. He was, in fact, a C-124 Globemaster mechanic, an important machine in the Guppy’s prehistory. Both aircraft have connections to another one of Dean’s pet projects, the ATL 98 Carvair which he made the subject of his most excellent first book. He is a passionate researcher and considers himself a “forensic aviation writer” aka Myth Buster. The very fact that ultra-large aircraft accomplish unusual feats certainly does lead to myths to bust, in the case of the Guppies more so than the guppies, but that aspect really doesn’t factor much in this book. Instead it’s a meticulous look—down to the minutia of cable routing and window glazing and tire pressures—of what a big plane needs and delivers. 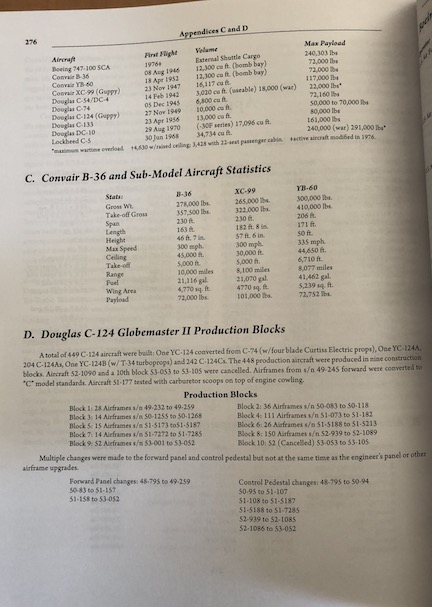 The first three chapters, making up about a third of the book, explain the strategic or practical need for, and operational use of, large aircraft. This is not as straightforward a matter as the lay reader might think: landing strips, flying boats, fuel consumption, and something only flyers will immediately think of: distance between cargo area and solid ground. Think, propeller. Think, long prop blades. How does a piece of big equipment get in and out of the cargo plane? Ramps, elevators, clamshell belly doors, swing noses, and in the case of the Guppies that absurdly shaped fuselage that in the early days tore itself clear apart, all these are things that present mighty challenges. And then there are the special piloting skills required to fly an ungainly bird, load the aircraft securely, and make no sudden movements in general. 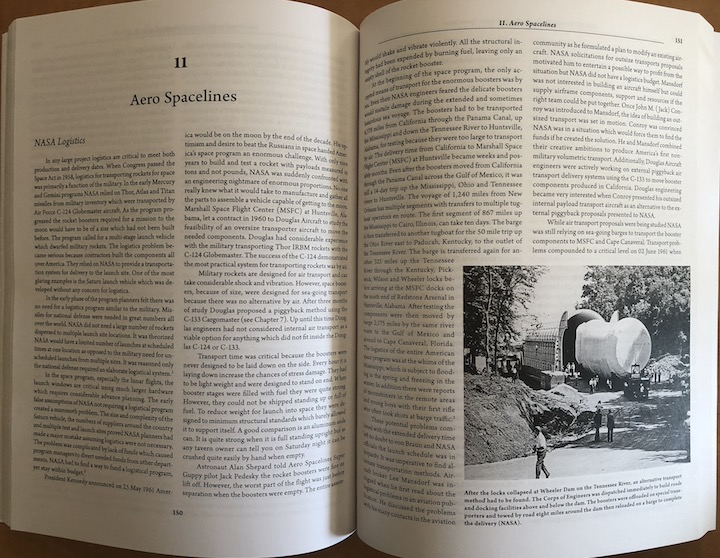 All this is covered here, and the general-interest reader will find the topic easily approachable. But, really, it is the person with practical aircraft handling experience that will get the most out of this book, from construction specifics to flight behavior. There is a lot of technical material here, with the inevitable jargon and acronyms (there is a Glossary). 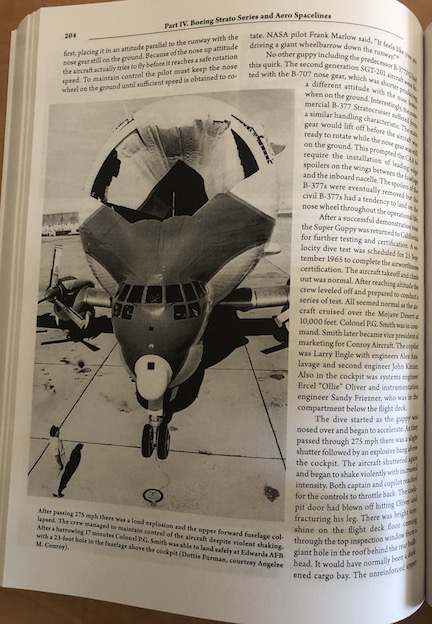 The largest chapter deals with the Guppies, beginning with the Stratocruiser that, literally, is the foundation of the Guppy (27 Strats were cut up to cobble the first one together). The accounts of flight testing and how much could not be modeled but had to be made up as they went along are fairly hair-raising. In this regard it is noteworthy that Dean was able to draw on first-hand recollections and primary sources, and even on the illustrative side there is much new material here.

No “forensic” aircraft history would be worth its salt without serial numbers and operational histories and all this and more is here too. If you have Dean’s Carvair book you know what to expect—and do re-read our review of it: that book was exemplary in scope and depth and polish. This one is too. Oh, and this is only the first of two volumes.

By the way, if you live in Texas, there’s a good chance to be buzzed by a Guppy (based in Houston) and even a Carvair!

Posted Under: Aviation, German | Author: Sabu Advani | No comments yet