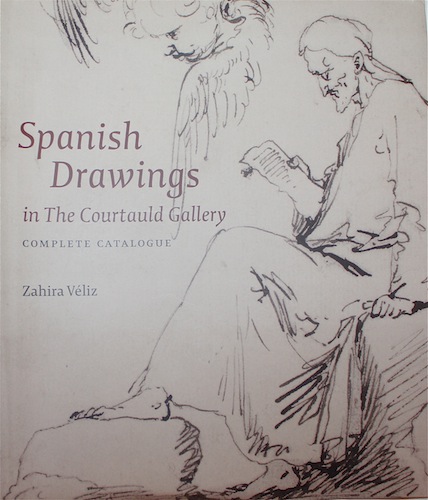 The easiest way to begin is to quote from the press release: “Published to accompany the first substantial exhibition on the tradition of Spanish drawings to take place in London, this catalogue captures the excitement and importance of this rapidly developing field of study. . . . Comprising 120 works, the collection ranges from the 16th to the 20th century. . . .” Then it is also easy to say that the book lives up to this description and that the book is comprehensive in its content and attractive in its presentation. It is said that when a true connoisseur visits a museum, s/he goes straight to the drawings, and there is something to be said for the pleasure derived from the authority swiftly captured in red chalk or the sinuousness of a deft pen line.

I must own to the fact that although I have a basic knowledge along with a keen appreciation of drawing, many of the artists represented in this book were heretofore unknown to me, and I suspect, except for those scholars engaged in the art history of Spain, that I am not alone. Gaspar Becerra? Sebastián de Herrera Barnuevo? Esteban March? If my suspicion is valid, and the introductory material supports it (“…many areas of Spanish drawing have continued to remain unexplored….”), the value of the book lies not only in its content and presentation, but is also found in its role as a strong introductory text.

Véliz’s 29-page introduction—and this includes five pages of notes—explores several aspects of the subject at hand, among them the appreciation of Spanish drawings, collections of the 18th and 19th century, draughtsmanship in Spain, and the functions of Spanish drawings. One would expect that religious themes would predominate, and this is indeed the case. The catalog is amply filled with Immaculate Conceptions, Assumptions, Virgins, Nativities, and a host of saints and martyrs. These are rendered in various inks, washes, and chalks. Sketches, studies, tracings, and finished drawings are represented throughout. Although accessible to the general art aficionado, the description of each featured work is targeted to scholars, describing in detail the size and medium of each work, along with various descriptions of discolorations, damages to the paper, notations by the artist or others, watermarks, framing impressions and the like. 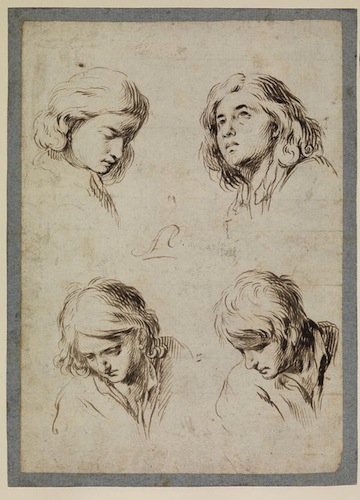 This academic treatment is no accident: Zahira (Soni) Véliz is an art historian and a conservator. And not just any old conservator: when shortly after this book was published the Museum of Fine Arts, Houston hired her as Senior Paintings Conservator —along with her husband David Bomford, formerly of the National Gallery, London, and the Getty Museum, who will be the MFAH’s Director of Conservation—the press release headlining their appointment read “MFAH lands a pair of superstar conservators!”

During Véliz’s work with Prado head conservator John Brealey they restored one of El Greco’s most famous works, El Espolio (The Disrobing of Christ) and she has restored a number of privately held works as well as written extensively on conservation, technical matters, and art history. Particularly relevant to this book is that she has taught at the Courtauld Institute of Art (among others) and knows its holdings of some 6,000 drawings and watercolors and 20,000 prints from the Middle Ages to the 20th century.

Each chapter of the oversize book (10 x 11.5″) is devoted to a single work by a given artist (or workshop), along with related images for comparison or illumination; the descriptive and informative text, along with notes and bibliographical citations, are expertly done. The book is obviously thoroughly researched. 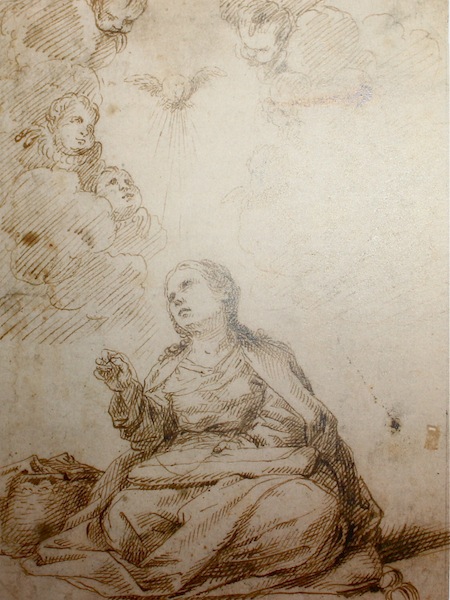 And it is also obviously beautiful. Antonio del Castillo’s four studies of heads of young men (above) shows a great command of the pen and a fine nuance of expression. Felipe Gómez de Valencia’s The Young Virgin Mary sewing captures the meditations of the holy teenager, showing in the young face the future joys and sorrows of her life. The immediacy of the quick sketches of a Guardian angel walking with a child attributed to Francisco de Herrera the Younger proffers delight and poignancy. These three were chosen at random—or, more precisely, chosen from those images that, as I had been perusing Spanish Drawings, jumped out at me and caught my eye. It is true that in a catalog of this sort, not every rendering will be utterly extraordinary and some may be considered even dull or unappealing; but these are the exceptions. In page after page, a facial expression, a turn of a hand, a bold stroke or a wonderfully expressive pen line will engage and elevate. So, as alluded to above, if you are one who spends more museum time in the galleries holding drawings rather than those hung with oils, you would be far from being disappointed with this book.