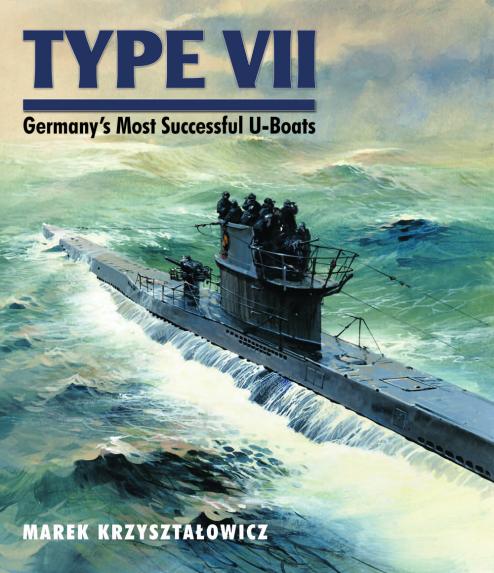 “Surprisingly, both sides of the controversy—traditionalist Admirals who were against using submarines at all, and those who wanted to make use of the new invention—quickly came to the same conclusion: the new weapon is perfidious and unworthy of a skilled tactician.”

Between being dismissed as having no practical use other than as reconnaissance tool and all-out “U-boat fever” lay only a few years. A mere two days into WWI the German Navy was the first to launch submarine patrols and within a few weeks had Britain fearing it might loose the war within the year.

Those early boats, specifically the Type UB III, are the basis for the WWII-era Type VIIs that formed the backbone of the German U-Boat force. First launched in 1936, more of them would be built than any other submarine class in history—709 units in 7 main variants. In that regard it is indeed, as the title says, the most “successful.” Cheap and quick to built, it had the range, seaworthiness, armament, maneuverability, and modifiability to be suitable for a number of different roles from torpedo attack to supply and repair boats.

Readers who follow the literature need to know first of all that this Seaforth edition is fundamentally the same as the 2011 two-volume bilingual Polish/English version published by AJ Press in their “Encyklopedia Okretow Wojennych (Encyclopedia of Warships)” series. Vol. 1 had first been published in 2006 but vol. 2 took another five years to write, at which time a revised vol. 1 was released, which in turn spawned this new English-only edition.

Author Krzysztalowicz has subs on the brain and has written half a dozen books about them. As commander of a Polish Navy minesweeper his professional involvement with subs had, in a manner of speaking, an antagonistic context. When he doesn’t write his own, he translates naval books and specializes in the Battle of the Atlantic—in which the Type VII played such a dominant role.

Since this is not Krzysztalowicz’s first U-Boat book and it is part of an established warship series, the novice reader must not expect the book to exhaustively cover first principles such as hull construction vs. seaworthiness, or how the performance parameters for a submerged boat differ from a surfaced one, or the differences between a submersible and a submarine (hint: the snorkel, which the Type VIIs only got in 1943). All these things and many more are covered, but only in passing.

In every respect the book is satisfying and in some it excels, specifically the 3D drawings. The last time Type VIIs had been meaningfully covered was by Robert C. Stern whose Type VII U-Boats (Brockhampton Press, 1998) cast a similar wide net but at a slightly smaller level of magnification. (See also comments.)

Krzysztalowicz begins by discussing maritime considerations and WWI submarine doctrine, specifically from the German point of view. The pros and cons of particular boats are explained, as is ongoing covert interwar development (due to Treaty of Versailles restrictions) in “secret design offices established abroad,” culminating in the emergence of Types IX and VII as the designs most favored by German fleet planners.

Each variant of the Type VII is then presented in very good detail. Beginning here, and all throughout the book, the attention given to selecting images that have a direct relationship to the text in their immediate vicinity is laudable. Also, as applicable, photos may be accompanied by technical illustrations pertaining to the same matter, in this chapter mostly 1/100 scale line art of superstructures from various 2D angles. It may just be coincidence, but how fortuitous if so, that several drawings of transverse sections of hulls are placed, pages apart, in the lower right corner so that with any sort of dexterity you can easily hold the pages so that you can compare one to another.

The next chapter, on production facilities and process, is rather short but contains such gems as a table showing shipyard improvements which should be of interest to any resource planner. A generically interesting observation here is that it took almost 70% as long do build just the engine/s as it took to do the entire rest of the boat.

Technical Descriptions then examine specific parts of the boat: crew accommodations, workstations, decks, armament, propulsion. This chapter also features the first of two 16-page color sections of 3D perspective views of, mostly, above-deck structures such as the conning towers, guns and the like. Save for stating the type of boat shown these illustrations have minimal if any text but observant readers will be rewarded—and just possibly school their eye for detail. The casual reader may question the purpose of showing multiple renditions from different vantage points (not just left/right or front/top but also in perspective) of the same structures but modelers will delight in seeing crucial micro detail such as, say, ventilation ducts or rigging. C’mon, this is important!

The longest section at over a hundred pages is devoted to WW II operational service. While much attention is given to engagements, all aspects of a tour of duty are considered including the crew’s life on board, both work and recreation. The “human factor” that is such a unique aspect of life on a submarine is well captured in the photos. (Very amusing: a snapshot of a sailor thawing his frozen feet in a—spent—bucket of Texaco lube.)

All photos are thoroughly captioned (also credited) and as well reproduced as the source material allows. The museum ship U 995 is shown in 29 modern-day color detail shots at its home at the Laboe Naval Memorial. If you can’t go there to see a Type VII just watch the 1981 movie Das Boot!

The writing is engaging and the translation fluid but occasionally one wonders if expressions such as “[the submarine is] a filthy weapon” or after compartment instead of aft or even motor room are intentional.

U-Boat losses by year are appended and the Index is commendably thorough. Paper, printing, and binding are top-notch—a lot of book for the money!