Don “The Snake” Prudhomme, My Life Beyond the 1320 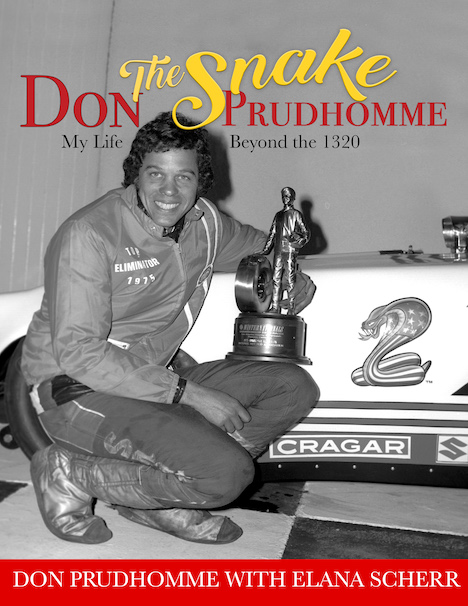 by Don Prudhomme with Elana Scherr

Don Prudhomme clearly recalled the day he realized that building and running his racing machines that he thought of as purely for fun could  actually become a way of life and earning him a living. By that time, it’s fifty-some pages along into his story as the growing up and learning years had to come first.

Prudhomme’s work ethic and self-discipline are apparent throughout his extremely well-told and -illustrated autobiography. His own effort is enhanced by that of his co-author Elana Scherr. She describes herself as a drag racing enthusiast-participant with a love of writing who was incredibly fortunate to become a staff editor at Hot Rod magazine. 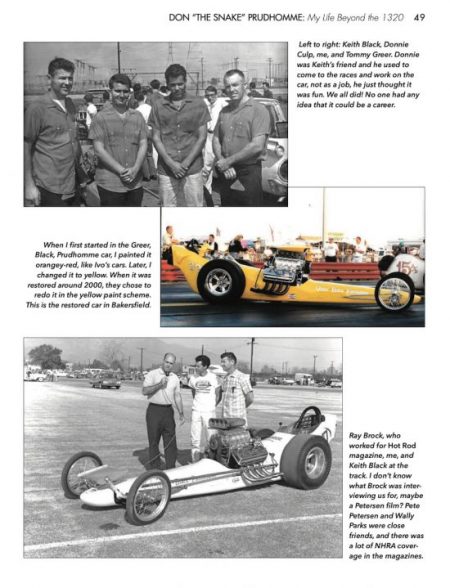 Her memory on being tapped to help Prudhomme create his autobiography launched them on some 17 months of mostly in-person interviews to which she adds, “I’d heard horror stories about…working on a biography with someone, but every second of our time together has been a delight. … I’d…ask [Don] a question so personal that I expected him to throw something at me, but he was always honest, always thoughtful…” Her comment is well-supported by the narrative on these pages. She also expresses gratitude at being trusted to tell Prudhomme’s story and work alongside Prudhomme’s wife Lynn and daughter Donna who “scanned photos and helped with dates and names.” Tellingly she generously adds in her acknowledgement comments, “Everything that is correct in this book is because of Lynn. Everything that is wrong is all mine.” 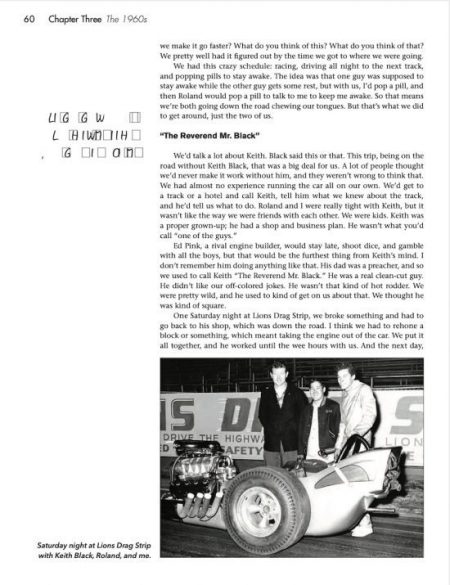 Kudos are deserved too by publisher CarTech Books and its editor Wes Eisenschenk and graphic designer Monica Seiberlich for there’s nary a typo or misspell in evidence on the attractively presenting pages. This commentator will, however, “fuss” at the lack of an Index. Seriously, Car Tech, why not forego or otherwise yield that last page of self-serving advertisements for a few of your other current titles and give your purchasers/readers a really useful Index?

The book telling Prudhomme’s story also serves to tell drag racing history as it grew and, along with its cars, became more sophisticated and respected. Don’s fascination with achieving speed had begun during his pre-teen years in the late ‘50s. Thus he and his chosen focus grew and matured together from the 1960s to the millennium and then beyond with the nostalgia tours. 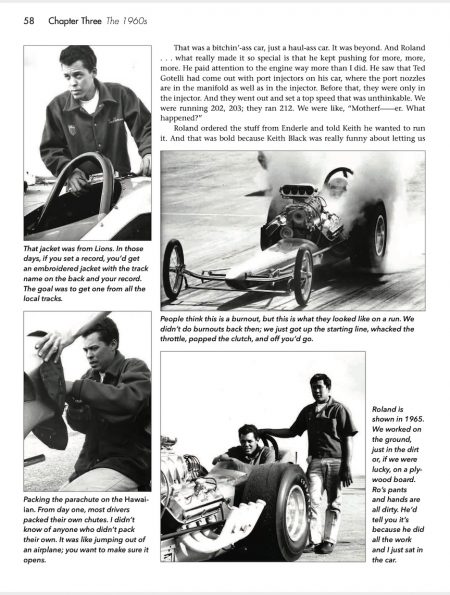 As Prudhomme’s accomplishments grew, so too did his influence on motorsports in general as evidenced by his ever-widening group of friends/fellow enthusiast/participants from Jim Garner, to Dan Gurney and AJ Foyt, Kenny Bernstein and more—so many more—who looked upon and treated Don Prudhomme as a peer.

It’s a truly good book telling this one man’s story and telling it well making it an attention holding, entertaining, and informative read.

by Don Prudhomme with Elana Scherr