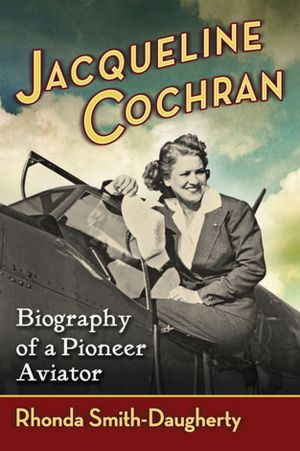 “The aviation industry used gender stereotypes to its advantage. Exploiting the perceived weakness of women, the industry encouraged women to promote aviation, and created new opportunities for them.”

She held aviation records for speed, altitude, and distance—more than any pilot ever, male or female—yet whose name is the first on most people’s lips when asked for the most famous female aviator? Moral? One thing has nothing to do with the other.

This would have mightily irked Jackie Cochran who grew up Bessie Lee Pittman and relentlessly stoked her quintessentially American rags-to-riches story of having pulled herself up by her bootstraps—except, she’d insist, she was too poor to have boots—to become a self-made businesswoman with a millionaire husband, and an aviatrix of international renown. Long and irrefutable is the list of her actual, objective accomplishments but little was known of the true facts of her early life except what she herself put into circulation, much of which has been debunked since her death in 1980—which puts us right into the thick of things that are problematic with this newest biography.

It readily declares that it drew heavily on Cochran’s own accounts (cf. The Stars At Noon, with Floyd Odlum as Wingman, ASIN: B0007DQ8OC; Jackie Cochran, written with Maryanne Bucknum Brinley, ISBN-13: 978-0553052114) and thus dwells, for instance, on Cochran being orphaned/abandoned and having grown up in depravity—all myths—while making no mention of the first husband and child whose existence have a now very public paper trail but whom Cochran never disclosed in her own writings. (She retained his surname, rather than randomly picking it from the phonebook as her writings, and this book, say.) While these items are not directly relevant to her aviation exploits, author Smith-Daugherty holds that “Cochran’s decisions [in later life] were rooted in the hated experiences of her youth” and thus it does matter, especially for an academic author, to either relate them accurately or address the discrepancies. This is particularly troubling considering the long list of sources in the Acknowledgments, the extensive Chapter Notes and Bibliography, and the good Index. Leaving it to the reader to speculate what the author may or may not know weakens the entire book! 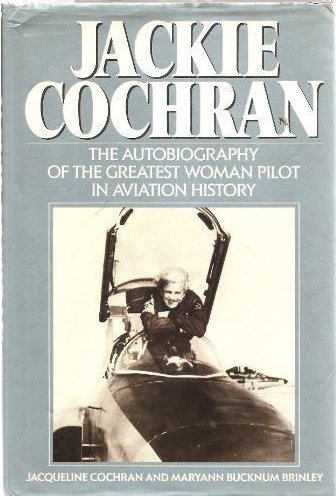 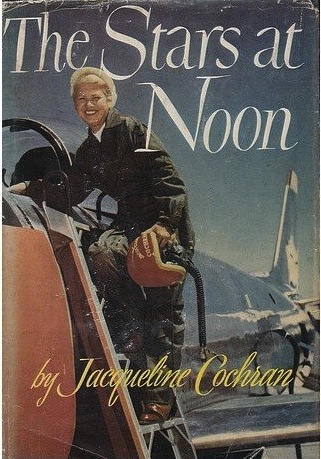 Written by an associate professor of history and history department chairperson at Alice Lloyd College, Kentucky, the book is an offshoot of the author’s dissertation (no year is given; she earned her Ph.D. in 1999) and has three foci: Cochran’s early career as a pilot (in the context of her ambitions and the place of women in society), founding and leading the WASPs, and postwar flying (jets, astronaut selection) and other activities including her 1956 bid for a Congress seat. The common thread and overarching theme here is Cochran’s position on gender equality—which does have a bearing on how history remembers her.

The writing is cohesive and engaging, and develops fully articulated themes. Appended are nine biographical sketches of individuals who played a role in Cochran’s life, and a list of “major aircraft” flown by her. McFarland books are habitually light on illustrations—this one contains a mere seven, all rather uninspired ones of Cochran in various poses (all sourced from the Smithsonian); this is the reader’s loss as there exists a rich pictorial record of her life.

The subject of female aviators in general is clearly a deserving subject, and Cochran’s colorful life in particular, especially vis-à-vis Amelia Earhart. The mission statement of Smith-Daugherty’s department at ALC says: “…We believe that asking questions and seeking knowledge, either for practical reasons or out of curiosity, is one of the most worthy of all pursuits.” While we must record our reservations about this book we will also say that the publisher calls it “revealing [and] detailed” and the Midwest Book Review an “an in-depth biography” and “excellent addition to biography and aviation shelves.” Somebody is missing something here.

The Glory of Goodwood: The Spiritual Home of British Motor Racing »
« The Lexington Automobile, A Complete History