My Life and My Cars 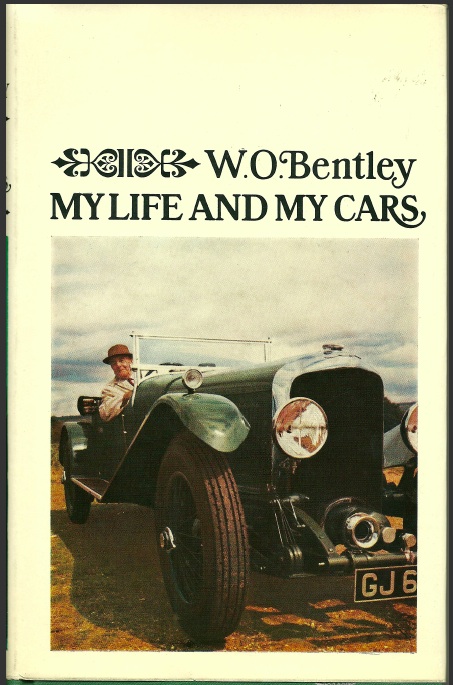 The autobiography ends with a gathering of the Bentley Drivers Club at W.O. Bentley’s home in Shamely Green, in 1959; Bentley then was in retirement and had kept close ties with the BDC. The last paragraph of the book is nearly wistful—that of a man looking back over an exciting and distinguished career. There seems to be a smile on his face. Bentley’s story is one of passion and heart, and his prose is certainly more than adequate to tell his story. He is honest, sometimes wry, sometimes angry—and, yes, he even waxes poetically now and again.

For those of us who believe that the spirit of Walter Owen Bentley has been kept alive throughout the somewhat tangled history of the marque, this book will not be disappointing. The familiar stories are found here—the noisy birth of his first engine, the exploits of the Bentley Boys, the adventures at Le Mans, the wonderful test runs on the Continent, the ongoing financial problems, Bentley’s frustrations at board meetings, the underhandedness of Rolls-Royce when Bentley Motors went into receivership. These stories naturally are told from Bentley’s angle, but one does not get the notion that they are unduly slanted or prejudiced. And one finds a surprise or two along the way. Bentley’s view on racing is one example: “We didn’t indulge in racing for ‘the spectacle’, or anything except what we could get out of it indirectly in the way of business; a scarcely sporting attitude . . . but to survive, racing just had to be related to sales and nothing else.” Also, considering Bentley’s reputation for taciturnity and petulance, his genuine love and admiration for those he worked with, the engineers, designers and mechanics, are revealed warmly, almost matter-of-factly.

Another strong aspect of the book is its tie to history. Bentley’s contribution to the war effort—his ability, both as an engineer and an officer, to make sure that military aero engines were designed with both power and safety—is well told. Throughout the book the world’s condition is figured into the story of the various Bentley models—the Roaring Twenties, the Great Depression, World War I, the middle years, World War II and then somewhat beyond.

The illustrations are welcome as are the seven Appendices. In addition to racing stats, production figures and 6½L specs, these include a 1929 Autocar road test of a 3-Litre an a 1930 article on the 8L, another Autocar piece on the 1938 12 cyl. Lagonda, and a very detailed report of the 1930 Le Mans race. The book is recommended.

Posted Under: Automobiles, Biography/ Autobiography, British, Out of Print | Author: Bill Wolf | No comments yet

Corvair Affair »
« The Last Hero: The Gallant Story of Donald Campbell and The Land Speed Record, 1964