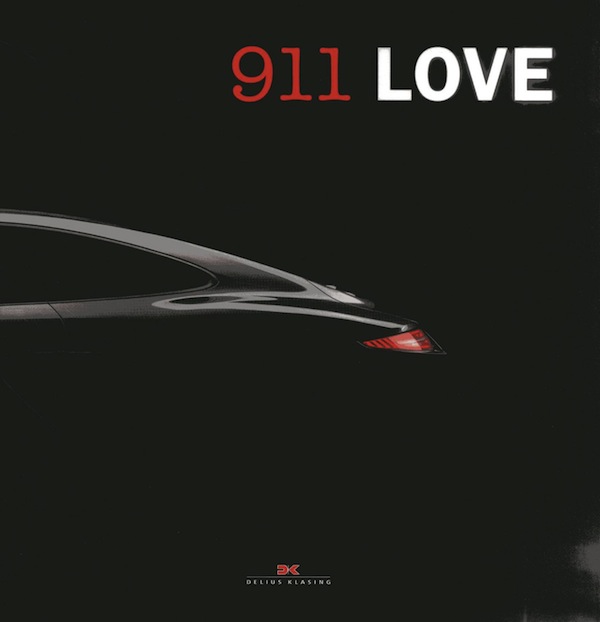 Nobody will be giving the Porsche 911 any “Over the Hill” birthday cards for its 50th—even if somewhere deep inside this book it is referred to as “the Methuselah of sports cars.” No, it/she looks as good as ever and gets better and better while staying truer to its original philosophy than most anything else. This book, launched at the Frankfurt Auto Show just like the car itself half a century ago, is sort of a congratulatory, laudatory ode, “a declaration of love” as it styles itself.

Give this 911 Love book to a Porsche enthusiast as a gift—and they will love you! You pretty much have to be, or want to be in the Porsche fold to really “get” this book and revel in the spirit of the 911 lifestyle it celebrates. If you can’t tell a $90,000 base 911 from a $190,000 Turbo S, this book won’t enlighten you but if you want to know what makes the 911 crowd a community, it will. 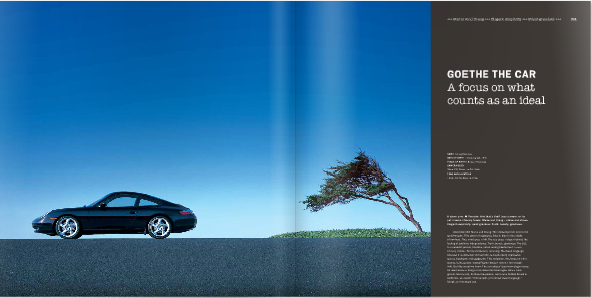 Everything about the book has a sense of occasion. It’s large (11.75 x 11.75 in.) and heavy—and expensive—and comes in a smart outfit of black and white with red accents. It’s probably a stretch to think that the fact that it’s square is an intentional pun (wouldn’t have worked in German anyway, the language of its original release)—certainly neither the cars nor their owners are.

The book doesn’t come with any explanation at all as to its purpose or the people behind it. No introduction, no table of contents, no index. It just is. Porsche AG was involved, so you know it has the company’s blessing or that at least it’s “on message.” It doesn’t so much have an author as a Master of Ceremonies; Baaske (1962) is a journalist and author but also (since 1999, after a stint at DaimlerChrysler) this publisher’s head of Corporate Publishing & Automotive Books.

Well, the book does take one quick stab at pinning down its raison d’être, in the form of a prolog, a half-page exercise in creative writing that reads better and better after a few drinks: “It [the car] is deliciously irrational, satisfying, demanding, energy-sapping, a dream for children, grown men, and women alike. The 911 is a car with that extra touch of class, something that transcends the conventional, and goes beyond envy. A sports car full of potency and sex appeal without the potential for arrogance or bravado.” Hmmm. Never mind that early 911s could kill you under braking or lifting in turns or that the newest GT3s are being recalled for engine problems that can start a fire. This book is not about that, and that is just fine—everything has its place and time. But if you read in other reviews that this book covers “history,” know that it simply ain’t so.

Instead, the book makes its point in the form of photo essays that play on emotive and emotional aspects of the 911 story. What historical references there are come in the form of interviews with two generations of the Porsche family and commentary by Chief Designer Michael Mauer or reminiscences by racing mechanic and honorary family member Helmut Frauenschuh. 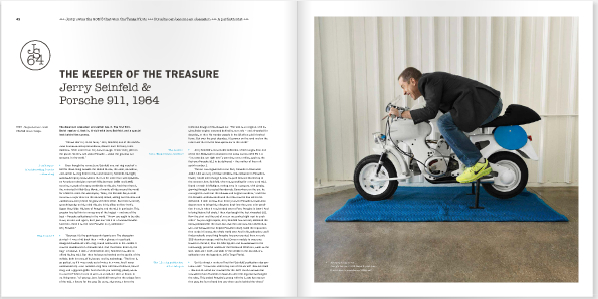 The essays profile a few dozen owners from all walks of life and all over the globe, the common denominator being that they like their Porsche/s. Some of the names are expected, de rigeur even: US comedian Jerry Seinfeld who, if you didn’t know, would rather talk cars than crack wise; rally legend Walter Röhrl; Asia’s only Porsche works driver Tetsu Ikuzawa to single out only a few. Others you probably wouldn’t recognize, such as the Bavarian car restorer who was born without legs but found that his 911s give him wings. He drives his cars—manual shift, with hand levers to his own design—so well and with such vigor that Röhrl autographed his filler cap out of professional respect! Or the beauty salon owner in Shanghai who won’t let anyone else drive her car. Or the product manager who had the foresight to first check with his boss if it’d be ok for him to drive a Porsche to work—at Mercedes-AMG! All these people demonstrate that owning a Porsche is less about adequate transportation than passion. 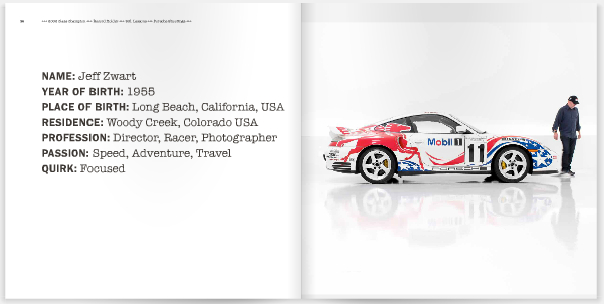 The multi-page essays are penned by a number of different writers. One page presents the car’s vitals, the next one the owner’s, and another 4–6 relate something by and about the owner, all this profusely illustrated. Most of the photography was specially commissioned for the book so that’s a treat right there. Moreover, these are not random off-the-cuff snapshots but technically and esthetically refined photos that tell their own stories. Unless you live under a rock, you’ll recognize most of the Big Names. 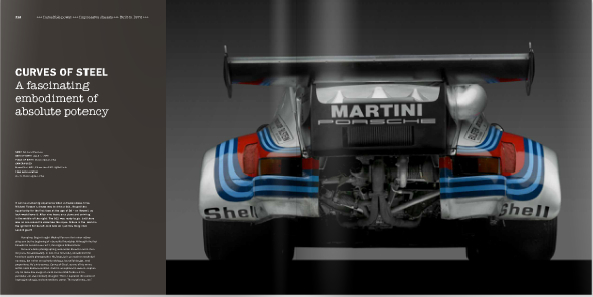 Many clever and often bold design touches enliven the layouts. One spread, for instance, lists the names of many of the Porsche colors and each name is printed in an approximation of the actual car color. Of course, the special-edition 50th Anniversary 911 is covered too.

What at first blush looked like a mere marketing extravagance turns out to be a really thoughtful book. If, at the end, you remained immune to the 911’s siren song, go for a ride with someone who knows how to drive them . . . and consider the error of your ways.