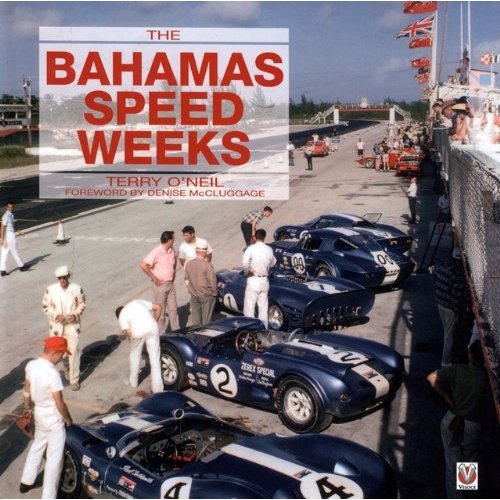 At six years in the making, this book took almost half as long to compile as the event itself lasted—13 years, starting in 1954. It is the first and to date only book to chronicle an event whose importance on the motorsports calendar is difficult to peg. It was a serious racing series inasmuch as it attracted all the big names of the day but people came to party just as much as they came to race, especially in the early years. Must be the weather. Or the umbrella drinks. Or the fact that the points didn’t count towards any championship series. Except for the US motoring press of the day—no wonder given the proximity to the US mainland—worldwide coverage was scant, probably because the press too couldn’t make up its mind how serious to take Speed Weeks. Consequently, record keeping was haphazard and what “official” records were kept had been largely destroyed over time.

O’Neil’s primary challenge, then, was to do some major house-keeping and gather the data from whatever sources could be found (mostly newspapers and magazines), weeding out discrepancies, and filling in some of the gaps through interviews with participants.

While he is quick to point out that he is the first to be frustrated by not being able to reconstitute a complete set of race results, the gaps affect mainly only the minor races. A critic might well say that it might have been better not to release a book at all until all data is mined because chances are slim that another book on such a highly specialized subject will be printed if one, albeit imperfect, already exists. As it is, almost half the book is consumed with tables, all in a uniform and basic format (vehicle, chassis numbers where available, driver, result), covering the sometimes 15 and more races in any one year and including karting, motorcycle, and speedboat events. 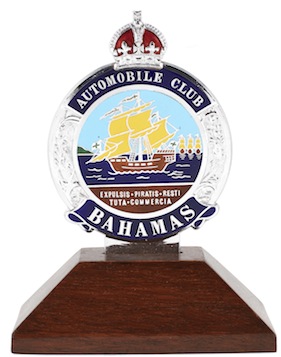 If ever there was a place where motor racing should have taken hold, the Nassau Bahamas had much to commend themselves, not least free transportation from the US and accommodation for the crews. Certainly the driving force behind Speed Weeks thought so, Captain Sherman F. “Red” Crise, the flamboyant American impresario who saw it as a means of bringing tourists to the islands. Beginning with him (but rather too little about his outrageously colorful life) and the founding of the Bahamas Automobile Club, the story is told in chronological order from 1954–1966, with closing chapters on the 1967 International Formula Vee Grand Prix and a mini history of the BRSSC. Throughout there is a vast amount of b/w and color photos and supporting material such as maps, program covers, trophies, badges, posters, newspaper clippings, entry lists, drivers’ autographs, and invitations. Much of the material is here published for the first time. The photos concentrate on track and paddock activity with secondary attention given to personalities and social events. Captions are brief, identify car/driver, and list the photographer. The text stays “on message” and while there is the occasional quote, eschews anecdotal, gossipy chitchat of which there is surely enough to fill its own book especially considering the party atmosphere. Likewise, the book is not intended as a travel or political guide to the Bahamas so if local color and context are on your must-have list, look elsewhere.

The Foreword by award-winning journalist and erstwhile Speed Weeks racer Denise McCluggage is a joy to read. A short Index has a separate listing for cars by type/model. O’Neil comes from a sales and marketing background at the Rootes Group and British Leyland and has been active in the Ferrari world since acquiring one in 1991. This is his first book; a companion title to the above is his Motor Racing at Nassau in the 1950s & 1960s in the same publisher’s “Those were the days…” series.