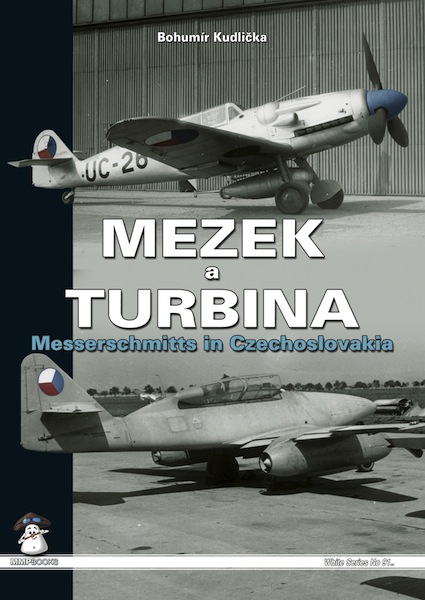 You know you’ve seen them—but do you recognize the names? The “Mule” and the “Turbine” are the Czech variants of two important German WWII fighters, the Bf 109 that was the Luftwaffe’s mainstay and the Me 262 that as the first operational jet ushered in a new era, even if not for the Germans.

Imagine looking up into the sky in Czechoslovakia in the 1950s and getting buzzed by these aircraft. What makes this book, and this topic, interesting is that these are not captured German planes but Czech-built versions. And when the Czechs were ready to decommission their Avia S-199 variant (here described as “far from being a good aircraft”—hence the Mule moniker) of the Bf 109, the Israelis fielded the aircraft during the 10 Day War with Egypt and other actions that momentous year. 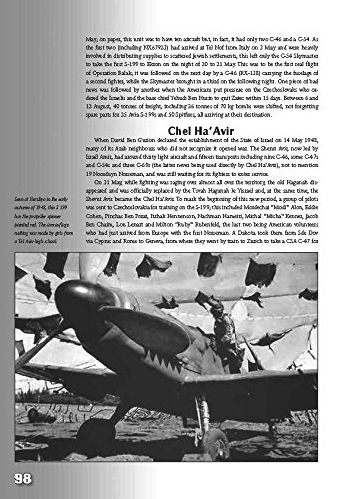 If you follow aviation history, you know that the Soviets gleaned crucial insights into aviation technology from captured German hardware. Czechoslovakia was a crucial waypoint in this development and therein lies a story that is nowhere near being fully researched and told. Chances are that the publisher of this book—a British outfit located in Poland and with mostly Eastern European contributors (which also explains the ever-present typos)—is ideally placed to whittle away at it.

We are not in the habit of writing book reports, i.e. retell what a book is all about, but in order to whet the appetite, and presuming that this is not common knowledge, it is worth explaining why it was Czechoslovakia that played a far more prominent role in aviation matters than any other of the German-occupied territories. It had become what the Germans euphemistically called a “Protectorate” as early as 1939, possessed an active aviation industry along with ancillary research and manufacturing facilities all of which were flooded with Luftwaffe work, and at one time was home to the largest and most modern military airport outside Germany. This requires infrastructure and a transportation system; enter the railroads. And railroads involve tunnels, and it is those tunnels to which the Germans evacuated whatever aviation activity they were able to salvage after the Allied bombing campaigns in the last years of the war. If all this is news to you, this book is a fine way to get into the subject. (While peripheral it may interest US readers to learn that there was at least one American among the POWs and other personnel of the 6–8000-strong workforce at the primary site that built Bf 109s. There would also be Americans among the Israeli pilots flying against Egypt later.)

The book gives a good Big Picture account of the above and the political complications postwar which direction to lean in. The Czechs, for instance, bought over 200 Spitfires but then felt obligated to switch to Russian Lavochkins that turned out to be so shoddy that it seemed better to dust off all that German war surplus and bolt together better aircraft. It is interesting to speculate how much farther the Czechs could have developed the Me262 if they hadn’t been “encouraged” to can the project after a very short time and instead await delivery of MiG 15s. The Mule and Turbine are only two of several such projects, and they were built by more than one maker which accounts for the plethora of different designations. 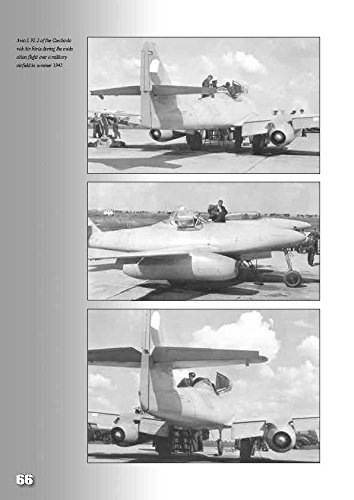 The book is pretty much evenly divided between the two, and the treatment is that typical of this publisher’s White Series: historical context, technical analysis, charts/tables, many photos and technical drawings such as 3-views and color profiles (here by Teodor L. Morosanu). In regards to the latter, the Me 262 gets only 3. Modelers who like to customize their kits with non-standard paint and markings will be tickled that the Mezek is shown in Air Police Corps versions as well as Israeli markings (although there have been recent publications that dispute the use of the gray/green “RLM 68” overall paint scheme that is shown here as the only one). The Israeli activities are kept to their own chapter, written by José Fernandez. One technical tidbit is worth singling out: photos of Mezeks with rocket packs bolted to their bellies to test rocket-assisted take-off.

Only two Mezeks and three Turbians survive in captivity (museums) so this book is as close as most of us will get!