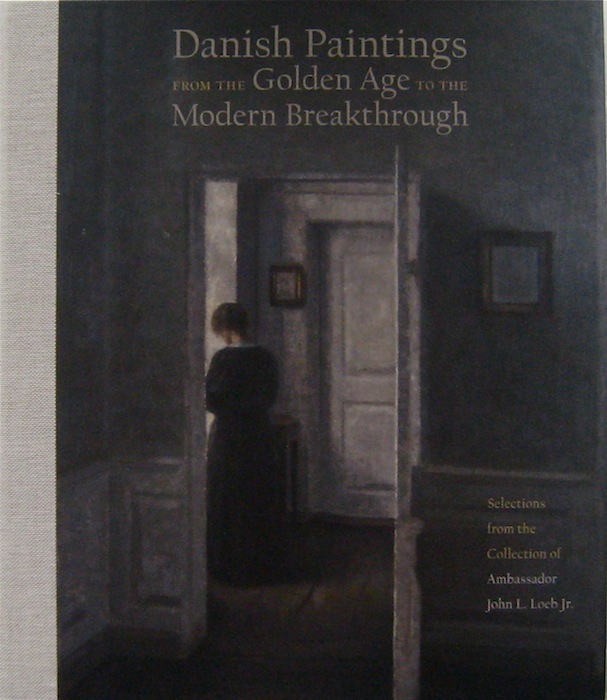 Honestly, I don’t recall enjoying an exhibition of paintings more. Starting in October of 2013 and ending in January of 2014, The American Scandinavian Foundation mounted works from the John Loeb collection at the Scandinavian House on Park Avenue in New York City, and, keep in mind, in New York during this time there were three major shows to consider: Magritte at the MoMa, Balthus at the Met, and The Girl with a Pearl Earring at the Frick. Magritte’s playfulness is often undercut by a pall of sardonic intellectualism, Balthus disturbs; and the Frick exhibit was crowded and perhaps too strictly focused—all honing a hard edge against the viewer’s sense of enjoyment. On the other hand, this showing of Danish paintings offered works generally unknown to the art-going public, and the overall mood engendered by the small size of the exhibit, the warmth of the venue, and the calming atmosphere evoked by the paintings themselves combined to give a sense of contentment and quiet joy. Strangers were at ease to open conversations, share observations, and communally appreciate the talents of the several artists represented. Perhaps too there was a feeling of self-congratulation: How fortunate we all are to have discovered this! 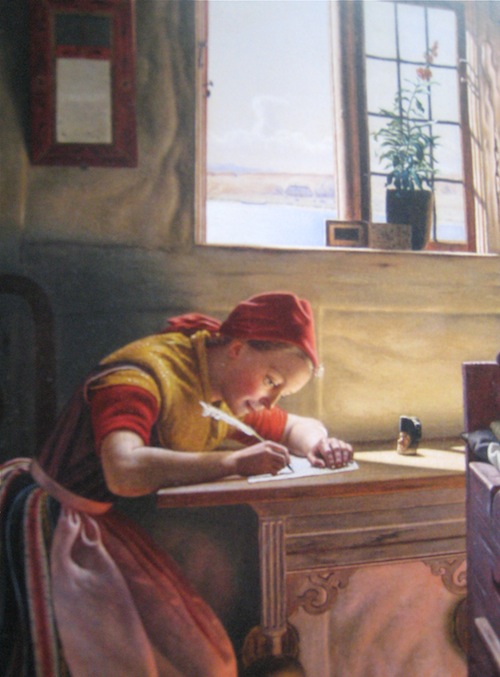 Ambassador Loeb possessed a fine eye and was open to the advice and the example set by prominent Danish collectors. He understood that a painter does not really paint a person, object, seascape or landscape, but rather the reflection of light from the surfaces of these. And the light of Denmark, so far north, captured on canvas, is beautifully diffuse, yet somehow flat, and of colors different from those of southern climes. Whether light was reflected from the ripples of the sea on sand, the deep green of the foliage of trees, the stark walls of a high-ceilinged room, or the smooth flesh of a young woman’s breast, these artists found it to be emblematic of a cultural pride, an allegiance to homeland. Danish Painting is the companion volume for this exhibition.

Still awash in the pleasant sensations from the immediate viewing of the artwork, my first reaction upon picking up this book was one of disappointment. The plates just do not accurately represent the subtleties of color, the delicate contrasts and the nature of light of the original oils; they do not come close. Although this disappointment is valid, it does not negate the importance of this catalog. The essays, literate and well-documented, concerning the circumstances of Danish culture and politics of the mid-19th to the mid-20th centuries and how these influenced the art and the artists, are of compelling interest. The story of the struggle and eventual recognition and success of Danish women artists is by turns heartbreaking and uplifting—of the twenty-four artists represented, two are women. Short essays for each of the thirty-nine paintings are informative, both historically and æsthetically, and the biography of each of the artists is welcome. Clear and balanced graphic design runs throughout the book, and despite the inadequacies of the reproductions, the paintings themselves are so strong that even in their degraded state here, they still provide enough information, satisfaction and delight for those of you who will not have the opportunity to see the works firsthand. 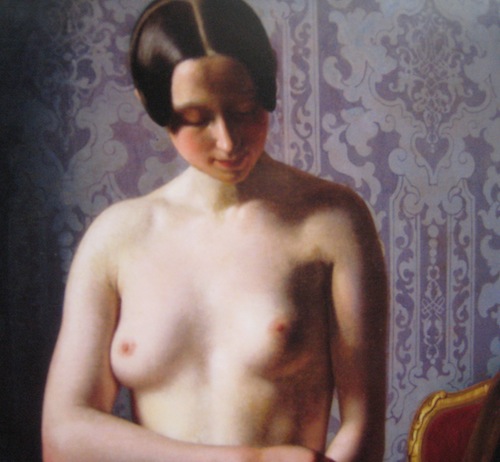