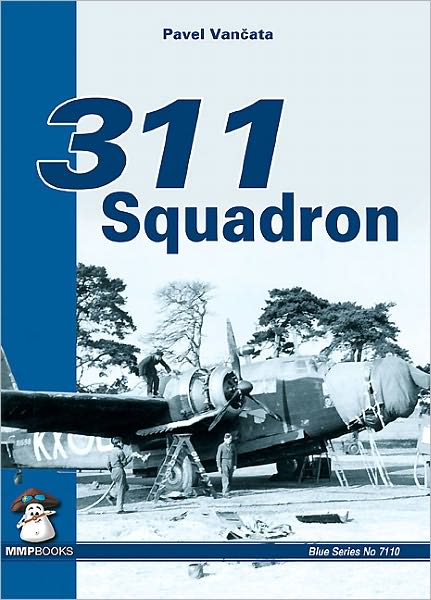 If you like your Wellingtons and Liberators you’ll like this book because it shows those two bombers in a rather uncommon context: in Czechoslovak service, under secondment to the RAF. (There’s even a Wellington with German markings, captured by the Luftwaffe!) Called up early in WWII, 311 Squadron was the second Czech combat squadron but the first, and only, bomber squadron and flew 3140 sorties over much of Europe during WWII.

This is the first treatment in English of the 311 and, being quite specialized, will be primarily of interest to people who served in it, RAF scholars and, of course, scale modelers who are always looking for ways to customize their builds (and for once won’t have to possess superhuman skills in creating decals from scratch). 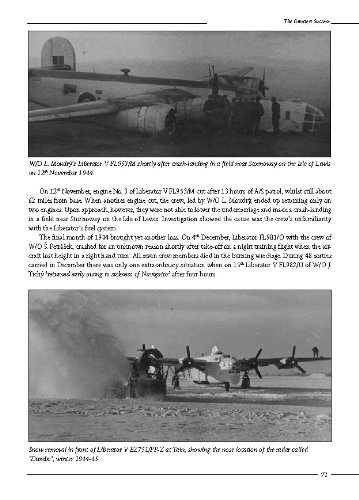 Vančata, a Technical Support Engineer with serious aviation interests, had previously contributed to No. 310 (Czechoslovak) Squadron 1940–1945 (ISBN 2-9526381-1-X) in Philedition’s “RAF in Combat” series that was started around 2008 and one day will run into the hundreds of books of mainly squadron histories. The 311 book too is primarily a personnel/operational rather than an aircraft history; coverage ends in 1946. Just to illustrate the human aspect, consider that the first casualty was a suicide by Verey signal pistol when a downed airman shot himself to avoid spending the rest of the war as a POW and the second is also attributable to a Verey, this time an accidental in-flight discharge that took down an Anson killing 5 of the 7-man crew. The book is very precise in terms of names, ranks, serial numbers, sorties etc. There is drama at every turn so anyone with an eye for the human condition will find these vignettes relatable—and lamentable. There are lots of excerpts from action reports including diagrams of engagements, flight paths etc. 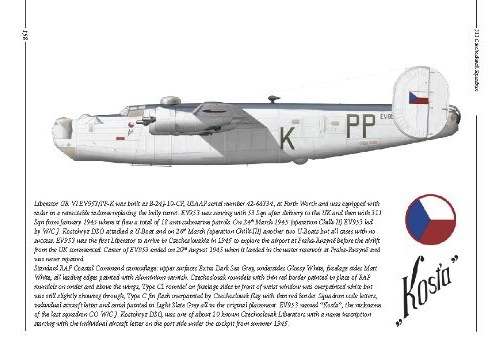 The book is amply illustrated with comprehensively captioned photos, five of them in color which is a rarity for the time. From weddings to the last farewell to fallen comrades, Vančata paints a rich picture. Most of these photos have of course not been published before so that alone is a reason to have the book. The aircraft photos reveal useful detail that is sometimes specifically called out in the captions.

The 25 color profiles (side views only) by Marek Radomski focus on paint and markings. Only four of them are Liberators, and three are Ansons. The first of the illustrations happens to be an Anson, p. 139, and it’s not clear why it is there and not at the back with the other two. It is also missing the first couple of lines of type so something may have gone altogether wrong there.

Preceded by footnotes and a Bibliography, one third of the book consists of Appendices, mostly lists: bases, sorties, losses, honor roll, crews, aircraft, targets. Some of this is in fairly microscopic type. Appendix 9 is a useful and necessary (foreign languages!) list of abbreviations.

This publisher’s books are almost always most reasonably priced and even by that measure this particular book is an exceptional value at its lowly £13.