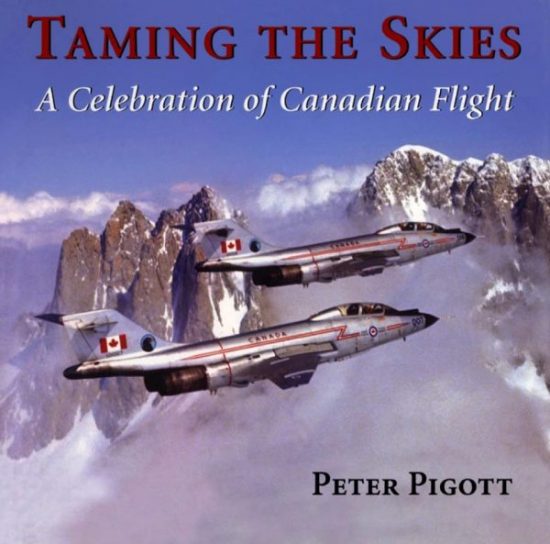 “Like most dichotomies, the split between between character and context is a false one, For character gives context an essence, context is what brings character to life.

So it is with the fifty aircraft in this book.”

Published in the centenary year of the first recorded powered flight by the Wright Brothers in 1903, and at a time in which Canadian author Pigott sees his country’s aviation efforts “in a tailspin and airlines disappearing,” this book offers a “complex portrait of Canadian aviation.”

As any such book, it has to go about its business in a selective manner. The story is on the one hand told at a leisurely pace—dwelling on, as the quote above says, context—but skips in the manner of a highlight reel from one particularly momentous event to the next. Perfectly fine, and the only reason to point it out is to keep excitable readers from complaining. 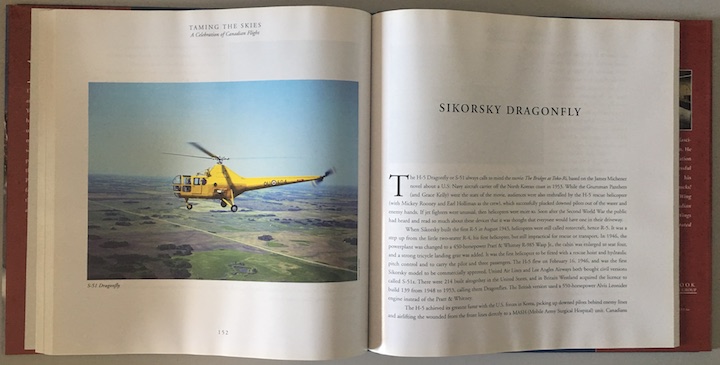 Context is a tricky business, though. Consider the first apparatus covered, the Silver Dart. While even readers who know their basic aviation history talking points would be aware that aeronautics was one of the multitude of interests of telephone inventor Alexander Graham Bell (“a woolly-mouthed eccentric”) they may not have known that he had a summer home in Nova Scotia and that it is here that he convened the Aerial Experiment Association to advance his experiments with tetrahedral kites. But to return to the matter of context, certainly a reader will appreciate to learn that it was Bell’s wife who not only suggested/encouraged the formation of the AEA but even offered to finance it with her own money but wouldn’t it be nicer still if Pigott explained why she had the means and the interest? (Alas, he is by no means alone in skipping over this bit.) 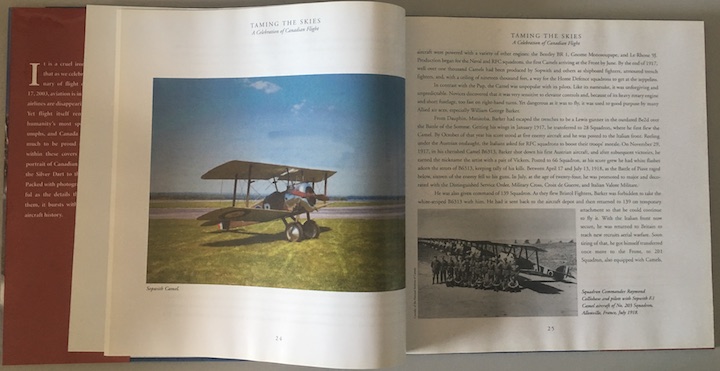 And to illustrate the comment about skipping ahead: the next stop is ca. 1916 and the Sopwith Pup laying the groundwork for the Camel (above), meaning all the epochal aviation aspects of WWI are barely hinted at. Next up is the Vickers Vimy’s 1919 transatlantic record flight, so this progression should serve to calibrate the reader’s mind as to the level of magnification here. But, just so this doesn’t get lost in the discussion of micro detail, the book is very readable, enjoyable and, given its stated purpose, entirely apropos. 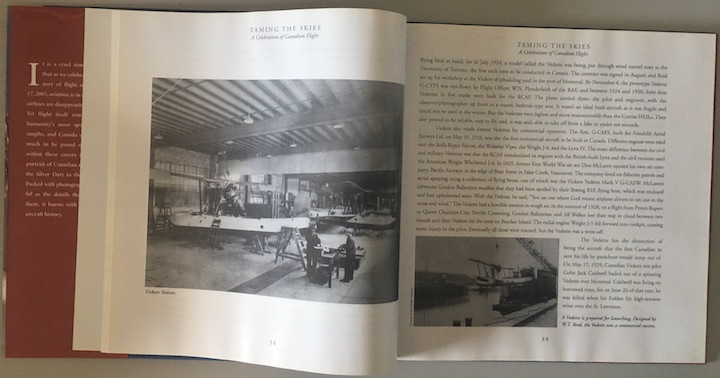 Among the 50 aircraft (military and civilian) presented here are the obvious big names—B-17, Catalina, Comet etc.—but also lesser-known machines that are mainly significant in a Canadian context such as the Avro C-102 Jetliner or the Canadair Dynavert and most definitely the Vickers Vedette (above), “the first aircraft designed and built in Canada for local conditions.” Moreover, the inclusion of such exotica as the Noorduyn Norseman (below), a Swedish bushplane, will surely surprise many. The selection includes airships and helicopters. 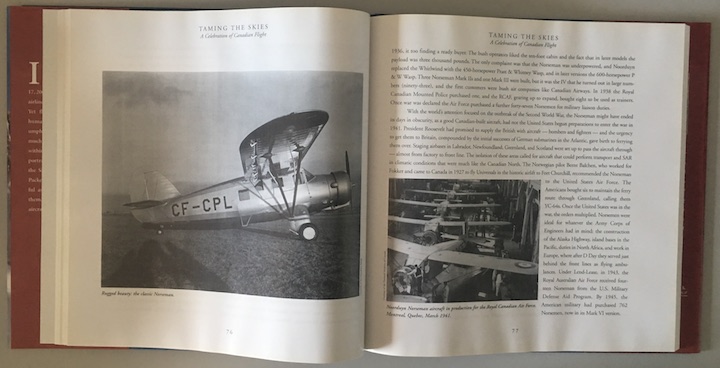 Each machine is presented in text and photos on three or four pages. The color photos are rather on the fuzzy side. No Index.