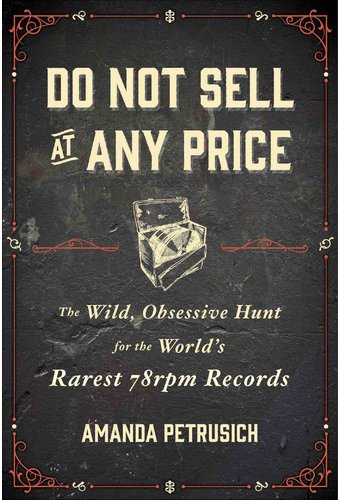 Consider this, please, a companion piece for several other Speedreaders reviews—John Corbett’s Vinyl Freak, David Kinney’s Dylanologists, and Perry Cox’s Price Guide for The Beatles American Records among them. There exists both a fascination with the varieties of things collectors collect and with the collectors themselves. Take an hour or so to keystroke through eBay. A large percentage of the offerings list things collectable: Davy Crockett cards, Barbie dolls, Coke-a-Cola memorabilia, automotive brochures, Sci-fi paperbacks, vintage toys, cat’s-eye marbles, Fiesta ware, Depression Glass, Homies, Pokémon. If such a thing were possible, it would be informative to see a pie-chart diagramming the various sellers. There are those who make a business of buying and reselling, those who are deaccessioning their collections, those cleaning out their attics, those just trying to make a buck. Also, who are those who keep continually bidding and buying? Nerds and geeks (consider the artist Robert Crumb, an avid 78 guy)—or just ordinary folk like you or I? And this really doesn’t address the high end of collecting. I recall coming across an auction catalog from Jackie Kennedy’s estate—thousands of items listed through hundreds of pages. It isn’t hard to imagine cargo planes sailing across continents and oceans, fleets of UPS and FedEx trucks crisscrossing cities, counties and countries, and messengers and mail carriers endlessly kept busy moving all of these collectables from one place to another. Like churches in small Italian towns, the world is filled full to overflowing with—stuff. 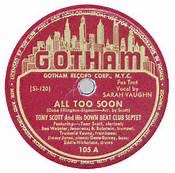 Among this stuff are 78 rpm records. These are two-sided, two-song discs, usually ten inches in diameter (there are all sorts of exceptions), each song lasting about three minutes. They were introduced in the late 1890s and continued up to the early rock-and-roll era; Elvis Presley and Fats Domino were sold on 78 rpm. Some later discs were vinyl, but most 78s were made from shellac, some of the more cheaply produced having been mixed with stone and clay. It is the early recordings, those from the 1920s and 1930s, that are most prized by collectors. The earliest 78 collectors went hunting for jazz, but by the 1950s there arose strong interest in early blues, various jump and rhythm bands, and old-timey music from Appalachia. Much of this interest was spurred by the field recordings of Alan Lomax and especially the 33 1/3 rpm seminal album Anthology, released in 1952, collated and produced by Harry Smith from his personal 78 rpm collection. Anthology became gospel for budding folkies of the late 1950s and early 1960s, Carolyn Hester, and Bob Dylan among them. 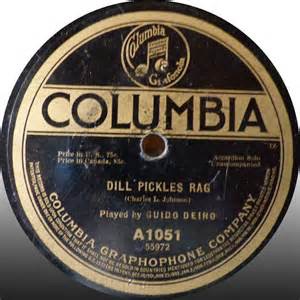 This history is presented throughout the book, and Petrusich’s research looks irreproachable. She includes a Selected Discography and a detailed index. Much of the book tells of her adventures tracking down records and record collectors. Braving mountain drives through heavy fog, the debilitating heat of outdoor Southern flea markets, the general eccentricity of collectors’ swap meets, and the often quirky personalities of the hard-core 78 addicts, she lived hard for this book. Her strangest, most heroic adventure was learning to scuba so she could comb the murky, dark bottom of the Grafton, Wisconsin’s Milwaukee River. The Paramount Records pressing plant was on that river and it was known—in the pre-Frisbee era of the 1920s and 1930s—that employees, for amusement, would regularly sail discs into the waters. Petrusich figured there just might be a treasure trove to be found there—but I won’t say the outcome. 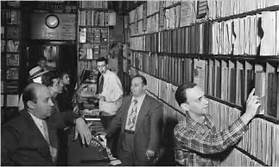 Several important collectors (John Heneghan, Jonathan Ward, Chris King, and a few others) are introduced along with their passion, their acquisitiveness, their intense focus, and their willingness to pay large sums of money for coveted discs. Petrusich paints their portraits with an honest and sympathetic brush. Some friendships evolve, although some of the collectors are shown to be far too insular for that to happen. The heart of the book, however, is the music, along with the avowed contention that, one, these older styles of music offer more honesty, unfeigned emotion, sincerity, grit and intensity not found in the more commercial product made after World War II; and, two, that to truly hear the honesty and grit, one must listen to the actual disc on a proper turntable with the properly selected needle—as LPs, CDs, and streaming greatly diminish the aural and emotional experience. According to the hardcore collectors, this diminution approaches to the point of “why even bother.”

As the book progresses, we find Petrusich more and more becoming a member of the club, a true believer. She also is reflective, going into the psychology of the obsession and determination of collectors. Her prose is fine, if sometimes annoying, laced with obscenities and too often with a certain gee whiz quality. But Don’t Sell is strong enough, in intention and execution, to overcome the snags, and Petrusich comes across as someone you would like spend some time with. 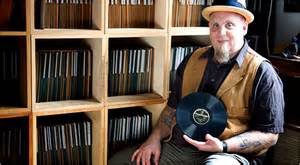 One last note: With both the discography and the recommendations found throughout the book as a guide, I downloaded some songs first found on 78 rpm records, available through Amazon and iTunes, and was favorably impressed. The music of Blind Uncle Gaspard, Geeshie Wily, Ishman Bracy and Chubby Parker, for example, indisputably tender strange and almost eerie qualities of exaltation and pungency. Yes, to hear this material from the original discs played on vintage equipment, an experience withheld from most of us, must indeed be a magical sonic experience, an experience that easily explains the fixation of the book’s 78 rpm collectors.