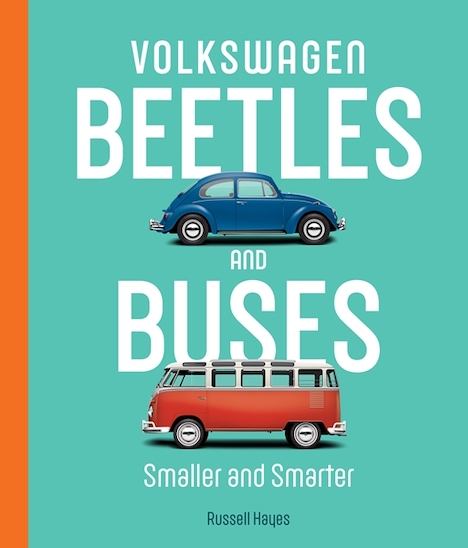 There are several previously written and published books focused on Volkswagen’s Beetle history and including the company’s long-on-character buses that morphed into Vanagons. This newest tome offers a fine overview—with intelligent text—sharing this aspect of automotive history from prior to World War II to present day, even into the future. And it is also well-illustrated.

Among those ”priors” is the image-heavy, text-light Beetle, VW’s Little Giant: From Old Reliable to New Sensation credited in 1998 as an effort by the Auto Editors of Consumer Guide from Publications International. Before that the genuinely well-researched and written Small Wonder by Walter Henry Nelson enjoyed several reprintings including, in 1970, a revised and enlarged paperback. Not to be overlooked is Karl Ludvigsen’s 2000-published Battle for the Beetle, The Untold Story of the post-war era battle for Adolf Hitler’s giant Volkswagen factory and the Porsche-designed car that became an icon for generations around the globe (which surely must be among the contenders for the longest book title ever) produced by Bentley Publishers. All are ones your commentator has read and can reach for on my library’s shelves. 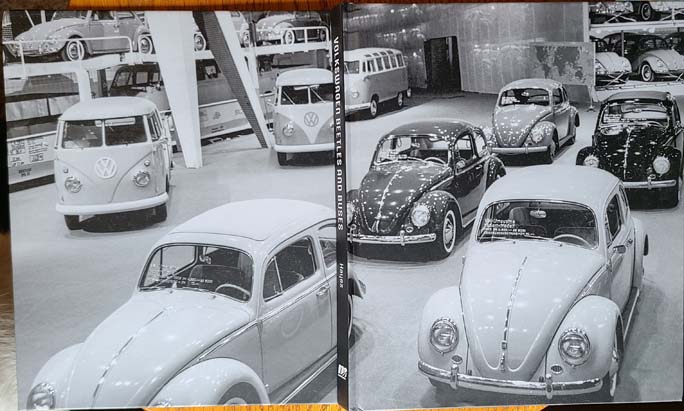 The dust jacket and book cover are as different as VW’s Beetles are from its buses. This page shows the book’s front and back covers of bugs ‘n buses at the 1959 Frankfurt Auto Show. 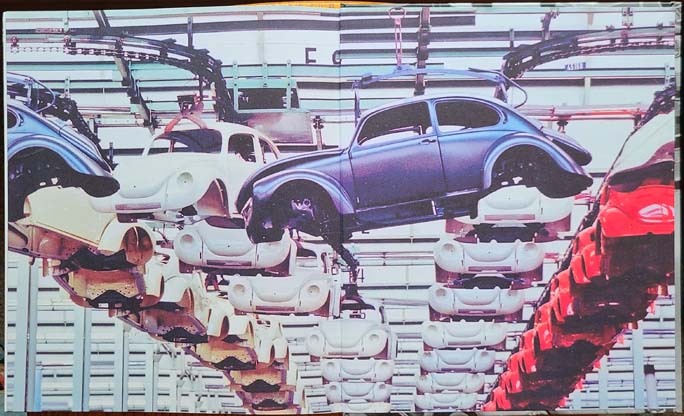 Endpapers are equally compelling. There are well over 20 Super Beetle bodies in this view of the assembly line.

Not listed in author Russell Hayes’ bibliography is a 2012-published book written by Paul Schilperoord. It made an important contribution to Volkswagen and Porsche history. Its title is The Extraordinary Life of Josef Ganz. Not familiar with the name? Hayes does mention him, acknowledging that Ganz, rather than Ferdinand Porsche, was the real, creative engineer behind the idea of “the people’s car,” both in name and form, that became the Beetle. So, why isn’t Granz’s name known? Simple: Ganz was Jewish. A Nazi newspaper of the time wrote of him that he was “a lying Jewish engineer.” Ganz barely escaped from Germany with his life. But, as his design drawings survive, it can plainly be seen that there’s a direct line from Ganz’s creation to Hitler’s crude sketch to Ferdinand Porsche fulfilling the Führer’s mandate.

Thirty-some million vehicles later, none would deny the success of the Beetle that Dr. Porsche designed and engineered. And this book shines at showing and telling of those vehicles, generation by generation, in all their varieties over its seventy-plus years of production. 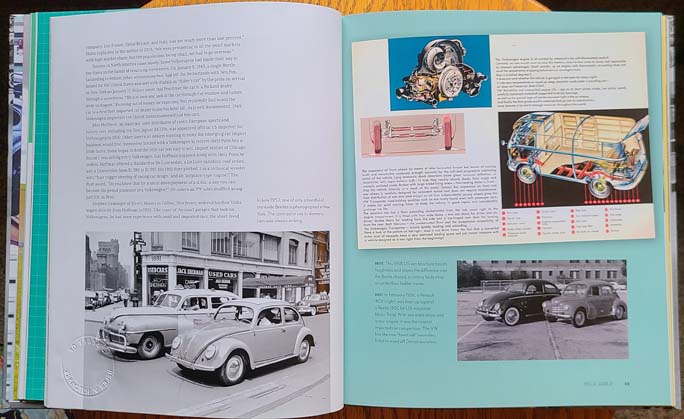 Study in contrasts. Left: on the streets of NYC summer of 1950 with a ’49 Caddy parked at the curb in the background and a Beetle beside a ’49 DeSoto taxi. Facing page, top, a page of the 1958 US brochure; think about it; that’s 30+ years before the American manufacturers even thought of the minivan. Bottom image from Motor Trend has a Renault 2CV beside a Beetle 1200.

Also covered are variations by Karmann, Hebmüller, and—yes—Bruce Meyers and his essentially less-body Manx. Meyers was instrumental in campaigning Beetles, rejiggered with enhanced suspensions, added underbody protections and huge tires, in the off-road Baja 1000 during the late 1960s. Not mentioned by Hayes, but could have been, were the team of VW Beetles that competed in the modern-day version of the Carrera Panamericana fielded in the mid-90s by Northern California then-VW dealer Carl Schneider and whose drivers included The Miller Dynasty author Mark L. Dees and Kaiser-Frazer 1947–1955 Photo Archive co-author Bill Tilden. 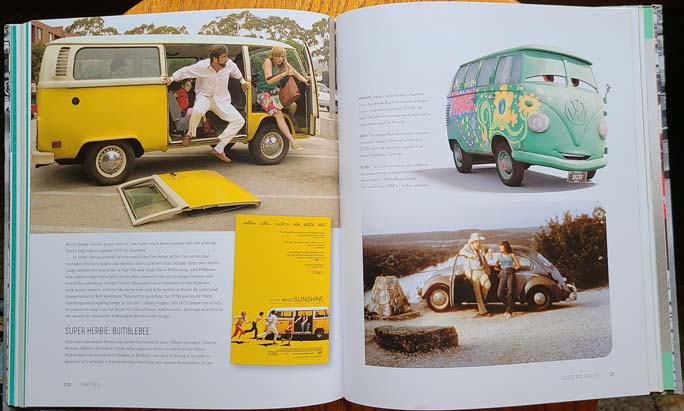 Hollywood beckoned. Left, the bus in its starring role in the 2006 movie Little Miss Sunshine. Top right, another 2006 film star, Fillmore from Cars and, bottom, the bug in the Coen brothers’ 1984 Blood Simple.

The book talks too about VW ads especially those created during the ‘60s by the Doyle, Dane and Bernbach (DDB) agency. Can anyone who saw them ever forget the “mass transit” ads for the buses, or their camper offerings? And, as shown above, with their intrinsic character, Beetles and buses were naturals to be cast for roles—starring ones even—in films and television shows. 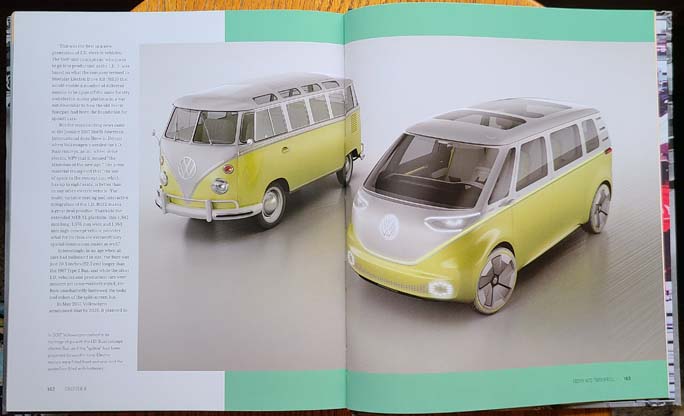 The concluding chapter opens with the design of the retro-styled Concept 1 and eventual production of The New Beetle 1998 to 2019. Then it gives glimpses into the future, the electric future, of Volkswagen. All in all, a comprehensive showing and telling of the story of Volkswagen Beetles and Buses.

Posted Under: Automobiles, German | Author: Helen Hutchings | No comments yet

The Golden Age of European Railways »
« Cosmos, The Infographic Book of Space