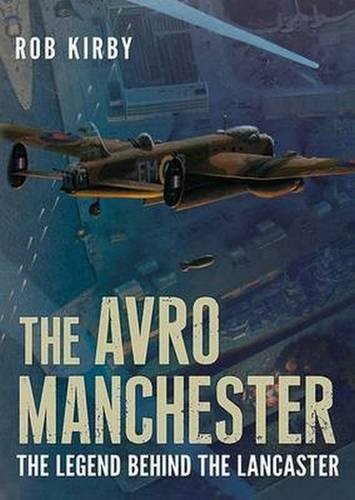 “Avro’s Type 679 Manchester was a disappointment and a failure in service. As such it ranks in obscurity alongside other early war British types such as the Blackburn Botha, Boulton Paul Defiant, Fairey Battle, Saunders-Roe Lerwick and Vichers Warwick—aircraft specified and developed during the same desperate race to re-arm in the 1930s. However, to place the Avro design in the same category as these five is both harsh and unjustified.”

The subtitle says it all. The final version of the Manchester was renamed Lancaster and became an iconic aircraft of great repute. Author Kirby leaves no doubt on whose doorstep the blame should be put: an “underdeveloped” engine was at “the heart of the Manchester’s problem.” That engine, though, came from the most reputable of British engineering firms, Rolls-Royce, but it is true that the struggle to produce good work under the pressure of war exacted a price. The Manchester would be the only aircraft to use the Vulture powerplant operationally.

It’s bad enough/sad enough that the Manchester garnered such a dubious reputation but matters were not helped by one of the only two official files on the aircraft already being destroyed in period, in the late 1940s (only a summary survived). Likewise, overzealous housekeeping at Rolls-Royce spelled doom for Vulture files, so all around, Kirby notes, “the trail was cold.” 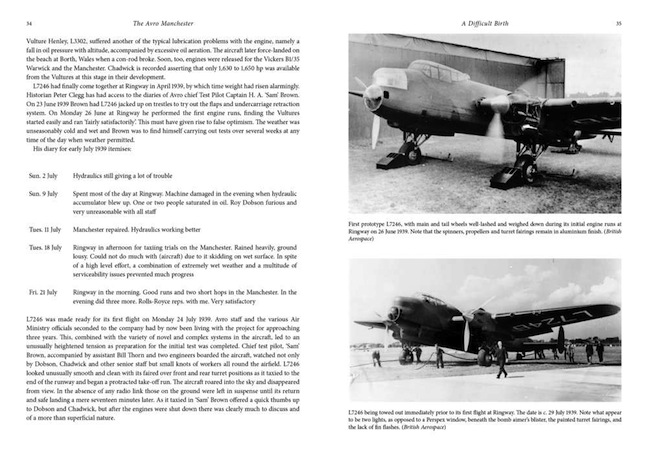 This book offers a nuanced, insightful, and well-document appraisal of the Manchester’s complicated service life. First published in 1995 it benefited from another 20 years of additional information coming to light (not least from the odd file or memento found in the estates of crew members or other personnel that had since died) and while the re-told story is almost doubled in length, the final analysis remains materially the same.

At only 7 x 10.2 inches in size, the book looks unassuming but it is unexpectedly heavy thanks to the 512 pages and the good paper they’re printed on. It easily qualifies as the “definitive” book on the subject, not only because there are few contenders but because Kirby’s work was and is impeccable. Moreover, while he dispenses vast quantities of facts and technical bits he branches out into anecdotes from former crew members (including quotes and dialogue), and the combination of technical, historical and operational information, all packaged into fluid and engaging prose, makes the book a rewarding read. 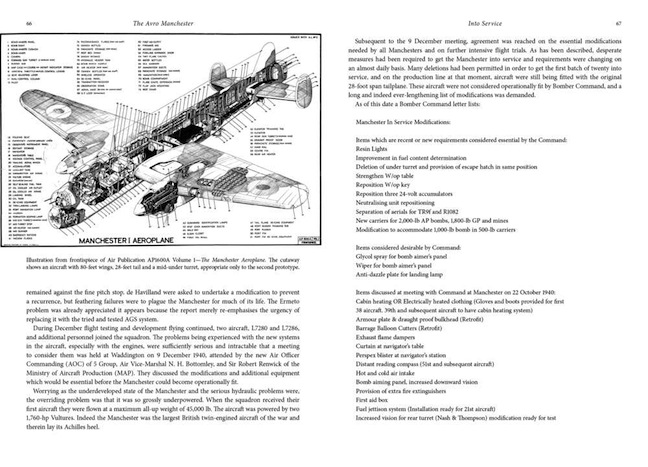 A good hundred pages are devoted to Appendices that include Action Reports, lists of Manchester squadrons, sortie and dispatch statistics, aircraft losses, and individual aircraft histories by serial number. Naturally, there is a comprehensive Bibliography and a proper Index. The photos are small but quite well reproduced.

Even if the Manchester is not a specific interest of yours, the general topic of wartime manufacturing and seat-of-the-pants testing, modifying, and learning from mistakes has universal application. And, certainly, any Lancaster buff must read this book to fully appreciate what made that airplane so great.