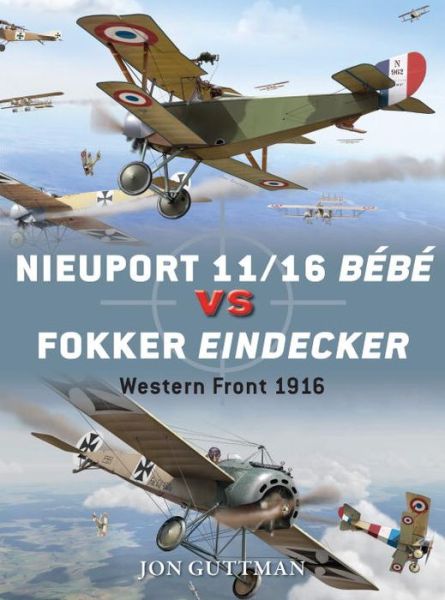 “The Babe” vs “The Scourge”—sounds like a wrestling match!

Readers from the car world should really pay more attention to these early aircraft because there is so much crossover in terms of people, ideas, and materials.

Ever trained a handheld gun on a stationary target . . . and still missed? Now imagine that the gun is the entire airplane—one doesn’t move without the other—and aiming it—vibrations, turbulence, evasive maneuvers and all—at a target that won’t stay still. At least, in the case of these two aircraft, you won’t be shooting your own propeller off anymore.

Once upon a time, pilots lobbed the occasional hand-held bomb overboard or, if they were really feeling it, whipped out a pistol. Aircraft-mounted machine guns were a key stepping stone in moving the aircraft up a notch on the utility scale from observation platform to, ultimately, the most dominant and versatile piece of equipment in service.

These two French and German WWI-era airplanes were the game-changers of their day. This extends even to tactics and it is interesting to see the early efforts at understanding the best use of airspace (there’s even a diagram here). Well-established aero historian Jon Guttman condenses everything that is important to know into yet another excellent installment in this publisher’s “Duel” series, now numbering 59 competent and useful books.

After a basic overview of the tactical situation, each aircraft is described separately from design to operational use. Modelers will find much inspiration in the color drawings by Jim Laurier and Mark Postlethwaite. Annotated cockpit layouts are provided for each plane, a few pages apart, but each is printed on a left page which makes side by side comparison difficult (ditto for the 3-views; the guns on the other hand are illustrated on opposite pages).

Technical specs in tabular form, a decent map, mini bios of the aces, a timeline . . . even a Bibliography and an Index (in microscopically small type)—everything you need for a quick, solid intro is here and even things you really don’t such as specially commissioned full-color artwork of battle scenes.

Good and important as they were, these planes did not remain in service long because the next best thing was just around the corner. Same with these books; by the time you’re done with one, the next one is already clamoring for your attention.