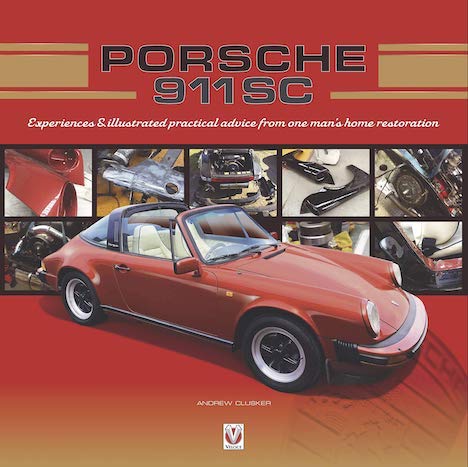 “What I didn’t realise then as I hid under the covers listening, was that this was only the beginning. A relentless demonstration of engineering durability that made heroes of drivers and adored museum pieces of cars. There seemed to be no end to it. It was merciless. Porsche was casting a spell on Le Mans that would cement its reputation as the master of durability under duress.

This sparked an interest in me that has remained with me ever since.”

If you didn’t know your 911 had those, you must read this book.

Just look at it—isn’t every 911 a Sports car and a Coupe? It sure is, but the official Porsche line is that SC stands for Super Carrera (no period factory literature said so, and every few years Porsche fora light up over this question) although there had earlier been a 356SC and no one can say for sure what that stood for. [1] 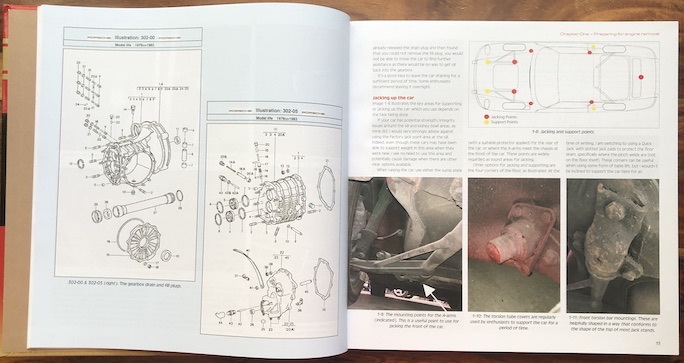 Top right: the factory lit shows you the designated jacking points—which is fine for a new car that has structural integrity. Clusker shows alternate points, because older cars will have developed wear/weaknesses in just those spots.

Anyway . . . if you’ve had an eye on buying a classic 911 you know there is no shortage of buying guides and the like. Clusker (b. 1976) knows that too, so he made a better mousetrap. For instance, no MacGyvering—proper parts and proper procedures all the way. In fact, all throughout the text references official Porsche drawings and parts numbers. Then there’s the utter clarity and detail and internal logic of the writing. Maybe it’s because he’s an actuary by trade that he has such a head for causal relationships: do this, then that happens. And there’s a plethora of photos specifically taken to support the text and then placed in as close a proximity as the layout facilitates. On all those counts the book is exemplary—it boggles the mind to realize this is Clusker’s first—and everyone who feels the urge to write this type of book themselves should take it as a template. 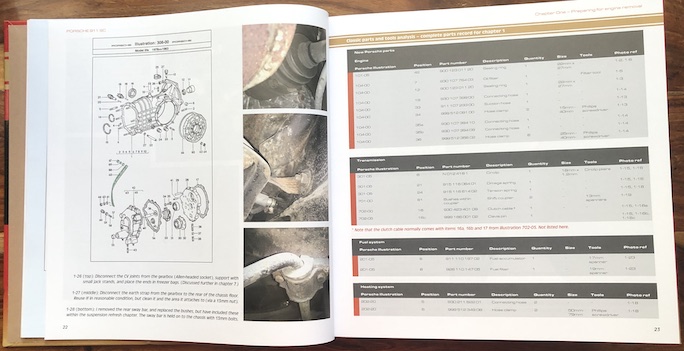 The list/table on the right page is titled “Complete Parts Record For Chapter 1.” It couldn’t be any clearer. 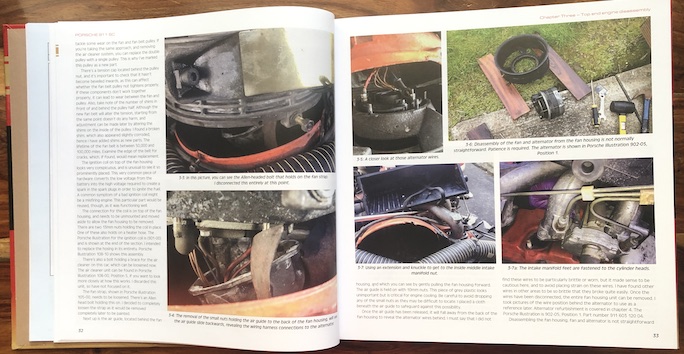 One of the captions says “Disassembly of the fan and alternator from the fan housing is not normally straightforward.” Hah. If you’ve ever done that job you know how easy it is to end up with some expensive desktop accoutrements: broken fan blades.

Clusker not only tore his own 911 apart (a 1982 special-order Targa bought new by musician Cliff Richard) and put it back together, he also examined a number of other cars and different iterations of 911. Of the 17 chapters, the first 5 deal with the engine. Systematically, the book deals with various systems, assemblies, and concepts. To be sure, mechanical aptitude, or at least interest, is required of the reader but the prose is so fluid and easy to follow that armchair mechanics will be easily able to visualize the proceedings in their heads. From workplace and tool prep to relining the Targa top to replacing suspension bushes, it’s all here. 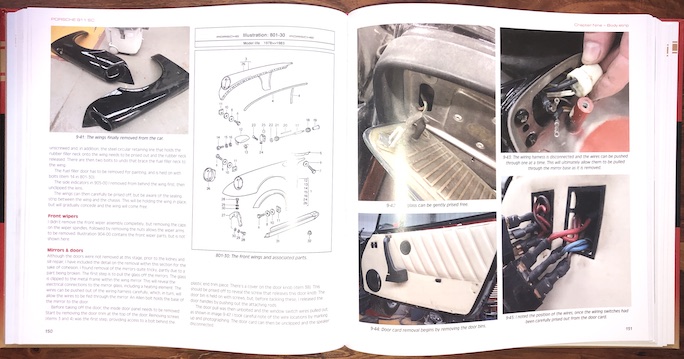 Several random photos, simply to illustrate that the book is consistently thorough. 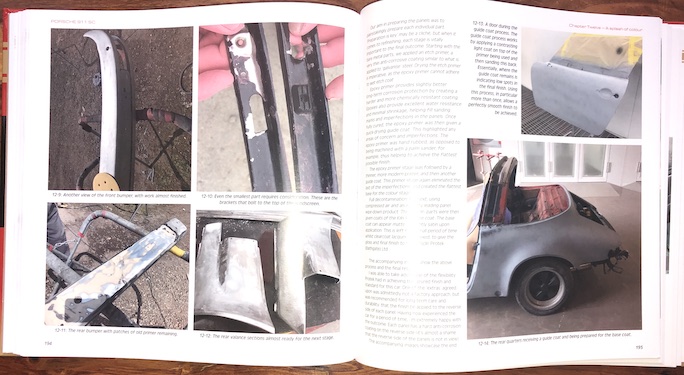 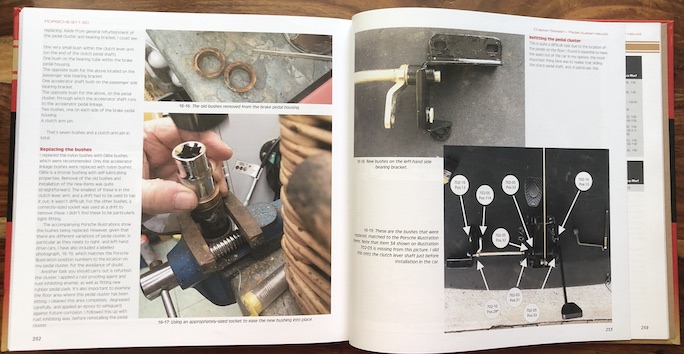 Cars at Speed, Classic Stories from Grand Prix’s Golden Age »
« Quest for Speed: The Epic Saga of Record-Breaking on Land